Welcome to BRB, everyone! I read a wide variety of mangas from yaoi and shoujo to fantasy and everything in between. And, of course, those basic genres have numerous sub-genres to pick from. So, I can’t say that any single mangaka is better than the other. But drawing styles do vary and there are some that are a definite turn-off. I prefer more detailed, perhaps refined drawing compared to the messy almost sketched looking works.
One manga artist whose style has grown on me is C.J. Michalski. I’m going to be honest, when I first purchased The Man I Picked Up, a compilation of short stories, I noticed an issue with disproportionate limbs in certain scenes, and the last sequence of stories: Manly Me, Manly Him, Manly Them and Turtleneck aren’t that great. But then I decided to give a few more of her books a try. It’s strange, but I’ve found with C.J. Michalski it’s either hit or miss. Some of her works are very well drawn and the plots are actually quite good, where others are questionable. 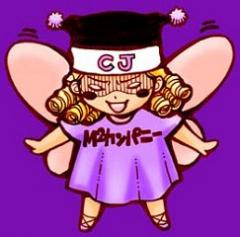 You can read all about C.J. Michalski at:
*Mangaupdates https://www.mangaupdates.com/

Anyway, I wanted to share a couple her works that are my favs. 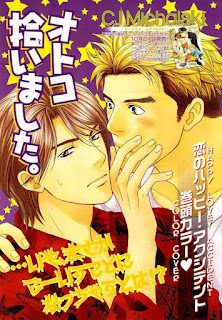 The Man I Picked Up and The Man I Got Caught Up With are from a compilation of short stories with the same title. Tamaki owns a gay bar, well more like a host club and one night while closing up he finds a battered man Kouta hunched on his stoop. He takes Kouta in. Kouta is a big guy, unrefined and “not cute” as Tamaki puts it, but he lends a hand around the club and eventually becomes an invaluable asset. And as Tamaki quickly discovers Kouta is crazy about him. These two shorts have simple plots, attractive characters, and humour. I’m positive if you read them you’ll route for Kouta like I did. 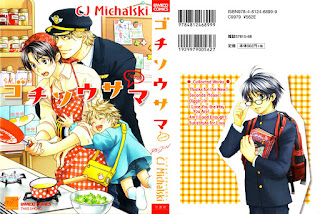 Thanks for the Meal, Seconds Please!, Diggin’ In! are shorts from another compilation called Gochisousama (Thanks for the Meal). Hiroto is eating his lunch in the park and a child Mamoru asks him for a bite. The Mamoru’s father Ichijou, an international pilot, finds them, and after seeing his son eat the whole bento, he offers Hiroto a job as housekeeper at an exorbitant wage. In time Hiroto and Ichijou fall for one another, but there’s a problem when Ichijou’s brother shows up. Okay the sappy plot is predictable, but it’s certainly worth reading. 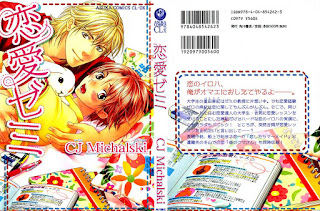 By far one of Ms. Michalski’s best short stories simply for the touching plot and beautiful well-developed characters is Renai Zemi or Love Seminar, which is divided into three chapters Lesson 1, Lesson 2 and Lesson 3. Maki’s grandmother is the landlady of a small apartment complex and one of the tenants is behind with his rent. Maki is forced to give him an eviction notice. He sees the tenant Yoshioka in a fight with his lover, a man. After which Yoshioka begs him to let him stay and he will pay the rent. In exchange for convincing his grandmother to back off, Maki makes a deal with Yoshioka. Maki is in love with his male sensei, and since Yoshioka is gay, Maki wants him to teach him about love. And Yoshioka agrees. Honestly, this was one of those shorts that I wish the author would write a sequel. Yoshioka and Maki make a great couple—they’re young, sexy and so into each other. 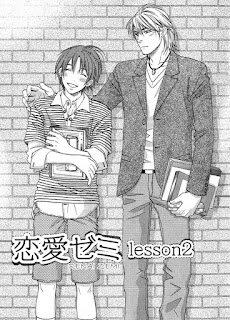 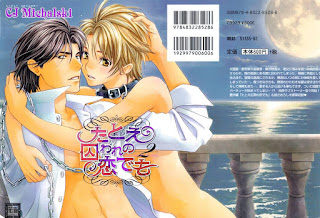 My last favourite: Tatoe Toraware No Koi Demo or Even if this Love is Captivity? is one of Ms. Michalski’s more serious stories, a drama that is definitely written for a mature audience. I didn’t like the rape and continual degradation of the protagonist Hozumi, but just when I’d had about all I could take, it finally stopped. Kanzaki kidnaps Hozumi, the next heir of the Suou family, because Hozumi’s grandfather did some despicable things to Kanzaki’s family. Basically, revenge poisons Kanzaki’s mind to the point he makes some very bad decisions. But then a guilty conscience and feelings he didn’t expect to have come to haunt him, changing his attitude and the outcome of his relationship with Hozumi. This story is quite in-depth and if I say too much I will seriously spoil it. Aside from the sexual abuse, I quickly became wholly engrossed with this manga. One minute I literally grit my teeth and the next I cried. I went from WTF to feeling triumphant for Hozumi. This yaoi won’t be for everyone, so if you do read it, be prepared for an emotional roller coaster ride. 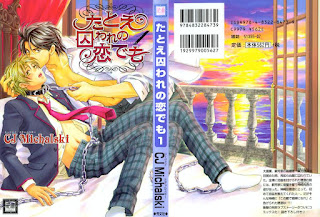