According to the world of manga and Wikipedia, the sub genre term ‘slice of life’ often parallels teen melodrama in addition to using ‘slice of life’ narrative techniques. The dictionary states: a realistic representation of everyday experience in a movie, play or book. I hate to say this, but the dictionary gives the correct description. So, in accordance with that, I’ve chosen Merry Checker, story and art by Suzuki Tsuta. Blogger, Shio hooks up with some online friends, expecting to meet fellow blogger Miya, who is supposedly female. Although surprised that Miya is actually a man, Shio is quite taken with him. Anyway, I’m sure you can guess what happens after they meet. The characters are easy to appreciate and the story truly is a slice of life with its feel good plot. 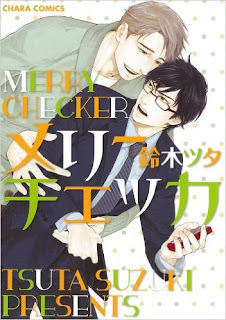 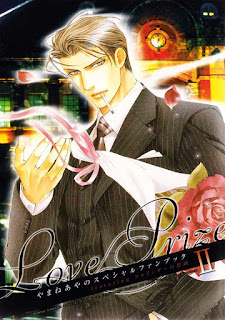 Just as the high school romance setting has been overused in yaoi, so has the yakuza. There are numerous mangakas that have created some memorable yakuza characters. Three names that immediately come to mind are: Ayano Yamane, Akira Norikazu and Kou Yoneda. Each of these artists has an extremely different view of the yakuza, which has produced striking differences in their work. But each can also spin an intriguing yarn. So, since I like them all, I decided to divide them into three categories. My first is yakuza-badass and this is in reference to seme Asami in the Viewfinder series by Ayano Yamane. If this guy gets any sexier, I’ll die of a heart attack. Asami’s got it all. He’s gorgeous and powerful, intelligent and mildly sadistic with an aloof attitude. And when it comes to photojournalist Takaba, he will kill anyone that gets in the way, literally.
8. Yakuza-Romance:
If you aren’t interested in the gritty side of organized crime and prefer to indulge in passion then I suggest Heart Strings, art and story by Akira Norikazu. Some of her other yakuza based mangas are: Trigger, Beast and Feast, Spirit of the Roses, and some of those include a number of one shots. Ms. Norikazu is a yakuza enthusiast, and has created some of the hottest yakuza pairings ever to ink paper, but she’s a romantic at heart, and seems to prefer mild-mannered tough guys rather than rough and abusive ones. Her art is stunning and she’s drawn for many other authors. 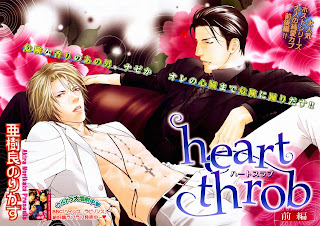 On the flipside, another of my favourite mangakas who pens gritty, hard-core and more true-to-life yakuza characters is Kou Yoneda. And Twittering Birds Never Fly or Saezuru Tori wa Habatakanai is probably the best example out of her organized crime mangas. Generally, I’m not a fan of these yaoi, anything to do with rape, BDSM or bizarre sexual fetishes, but the main character Yashiro’s twisted psychological issues drew me in. Prepare yourself if you decide to read this one, it is twisted.
8. Comedy:
After the bout of crime, I thought something light-hearted is a must. And by far one of the funniest stories I’ve read is Tanaka Suzuki’s His Favourite or Aitsu no Daihonmei. This lengthy manga series with a high school setting makes me giggle. Yoshida doesn’t have any good points (according to the BCB). He’s average and everyone makes fun of him, but for reasons I can’t say the most attractive boy at school is crazy about him. Cliché as the characters are, especially Satou, His Favourite is simply cute and worth a read. Period. 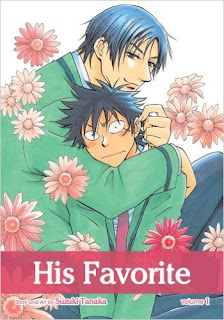 9. Straight Man falls for Gay Man or vice versa:
God knows how many times this trope has been used in gay fiction, and I’m talking about almost every author who has typed a word in the genre. Hell I’ve even used it! LMAO. Regardless, one of the best examples of this trope is Hide and Seek by Yaya Sakuragi. I was astonished when I first read the series. And have reread it at least ten times since, and like a fine wine it's gotten better over time. Aside from a well-contrived plot that revolves solely around the main characters, Shuji and Saji’s relationship, this yaoi also has some of the best dialogue I’ve come across in a very long time. Which reveals their insecurities, faults and desires, giving the story a very realistic appeal. 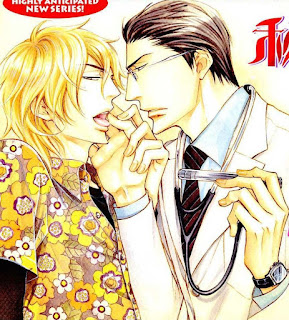 10. Military Mode:
Maiden Rose, art and story by Inariya Fusanosuke is a military based yaoi rated as mature. To be totally blunt, I don’t care for the brutality, but I accept that certain characters, no different than real-life people, can be sadistic assholes. It’s also part of writing. Even I’ve created characters that made my own skin crawl. Not every story out there is rosy, but such is life. Aside from what made me cringe the art is amazing, and the redeeming part that makes reading this yaoi worth while is when Klaus realizes what he’s done and tries to repent, becomes a better man. 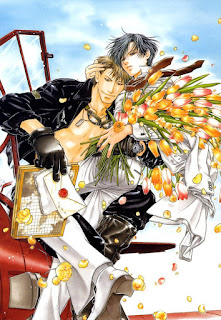