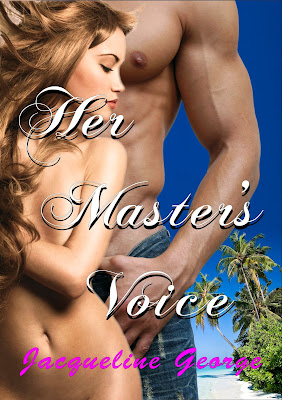 Life and Romance in South-East Asia

One of the first jobs I had out of university was in Indonesia. What a wonderful place to live! Sure there were a heap of frustrations. Nothing worked the way it should, most of the stuff in the shops was cheap and nasty, and the maintenance of the city of Jakarta was – well – let’s not talk about that.
On the plus side, the people were great. Friendly, cultured, endlessly polite, interesting – they even look beautiful to some-one brought up in the fat, galumphing West. And the food – ah, I’m surprised I did not instantly turn into a barrel.
That was it – I decided that South-East Asia is the place to live and went on to live in Singapore, Malaysia and Brunei. I liked the countries and their peoples so much, it was natural to write about them. The book would have to be an adventure, because there are plenty of adventures to be had over there. And it would have to be romantic, because there are some heart-breakingly romantic places. And I made it sexy because, well, I like sexy.
I included some bondage and domination, and that is real too. A good deal more real than Fifty Shades, and all the better for it. It gives you a peep at how BDSM can work for normal folk.
I enjoyed writing this story, and can tell you that it is all real. Perhaps not exactly true, but true to life. Even the sexy bits are mostly true, but I am not going into details about them. Unless you want to take out for dinner on a tropical beach with the tide lapping onto the sands. Then I might whisper into your ear…

Sherry and Tim have spent a week marooned on a tropical island. Fun for Tim, but punishment for Sherry who has spent the whole week naked, chained and restricted. She deserved it; she had been playing pink flutes all over Singapore while Tim was away. Here is their last morning on the island, except for the very sexy part in the middle. You will have to start at the beginning of the story if you want to read that…
They stood on the beach together, Tim’s arm around her. Waving as the boat turned and gathered speed, taking their friends home. They stood alone in the moonlight.
“I really enjoyed that,” said Tim.
“Enjoyed what?”
“The evening. The meal—everything. Didn’t you?”
Sherry thought about it as Tim took her hand and led her back to the cabin. Yes, she had enjoyed it. The meal, the atmosphere. The chain that weighed around her ankle. She had been flattered by Alistair’s speech and then even more by the twin’s admiration for the experience she had given Alistair, and she had to admit to herself that she had even enjoyed giving that experience. Tim was right. It was a fine present and suitable for a man who had everything.
But as she examined what had happened… It felt like probing with her tongue for an extracted tooth, again and again. What was Tim thinking? How could he make her do it? What did his love mean to him?
When they got back to the cabin, Tim sat her down and unlocked her anklet. Again she took it in her hand and admired it. It lay like a snake in her palm, rich, powerful, dangerous. As she admired it, Tim took her by surprise by bringing her cuff and chain and kneeling to fasten it. For an instant she thought of kicking and fighting, but the chain had no terror for her now and she continued caressing her gold anklet before putting it away safely.
Tim showered quickly while she tidied up the last of the mess. When she came back from her own shower he was lying still under the mosquito net. She reached under the net for a pillow but on impulse lifted the net over her head instead. After what had happened, sleeping on the floor was irrelevant.
Tim’s eyes opened as he felt her kneel on the bed and he smiled. “Welcome…” he said.
She said nothing as she lay down beside him. There was nothing to say. She lay rigidly on her back, waiting for him to touch her but he left her alone.
She woke with a start. Morning had come. In her sleep she had pressed back to spoon into Tim’s body and his arm rested over her hip. His stillness and his breathing showed he was asleep but pressing under the back of her thigh she felt the warm hardness of his rod. She lay unmoving and felt it pulse gently against her. Tim was dreaming of good things.
Gently she disengaged herself and turned to face him. His erection looked strong in his lap, pointing up at her, its half-hooded eye staring. It looked big, much bigger than the one she had pleasured last night. No surprise that the twins had been excited and had rushed to ride it. She wanted to play with it herself…..

….Ahmed came for them soon after breakfast. She was sitting on the verandah, dressed again, their bag beside her. The clothes felt uncomfortable and unnecessary. Now the time had come to leave, she felt a sense of loss. She looked back at the little cabin as they pulled away. So simple, walls, a roof, coconut palms. “I wonder if Alistair will let us come back some time,” she mused half to herself.
“I’m sure he would, if you asked him nicely.”
“But no chains next time.”
Tim put his arm around her and kissed her forehead. “I think that’s my decision, don’t you? It would depend on whether you’d been naughty or not.”
Ahmed took them straight back to the mainland. “Pulau Kelapa,” he said, pointing out a dark green hump on the horizon. Sherry looked back at their own island. It had already receded and the cabin was hidden beneath its palms. She sat back and enjoyed the wind and spray on her face.
She thought about the past few days. “Tim,” she asked, “I can understand most things, but how could you send me to Alistair yesterday? I’m your wife…”
He smiled at her. “I don’t think you understand how it goes. I mean, having a wife like you is like, say, owning a Lamborghini. It makes you proud and you want to show it off to everyone. It’s fun to make everyone envious, and of course you want to take special friends for a ride in it, just for the fun of it.”
“But I’m not a car,” she said, offended by the comparison.
“No, you’re much better than that. Just means I enjoy showing you off even more.”
“But making me suck him…”
“Why not? It was fun, wasn’t it? He’s a friend. It was a present from both of us, and you were much more impressive than I had expected. I can’t wait for my turn.”
“Stop it! What if he had wanted to have sex with me?”
“Well, I’d only let the most special of my friends drive my Lamborghini, and then only on very special occasions.”

More of Her Master’s Voice here… 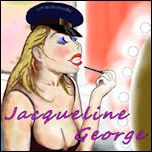