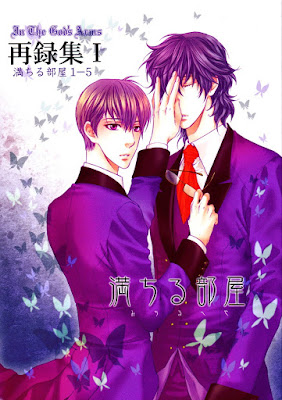 Inside God’s Arms, story and art by Nekota Yonezou, is also titled In the God’s Arms, plus a few other translations, is the story about Renold and Roger, two young men in an all boy’s Catholic school.

BCB
Renold has just had to take in a new roommate in his dormitory: Roger Brouwer, the school Casanova and well known to be a prostitute. While Renold is initially quite put-out at the prospect of having to not only room with the guy but also leave his own dorm while Roger services his clients, the two eventually strike up a friendship and grow close. But unfortunately, as he grows closer with Roger, who notoriously dumps his clients when they start to show feelings for him beyond simple business, Renold realizes he has feelings for Roger that exceed those of mere friendship. 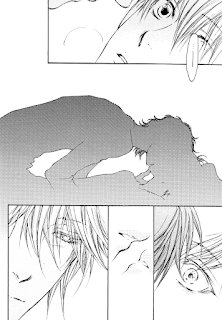 The plot has a simple enough outline: two young men meet due to an unforeseen circumstance and strike up a friendship, which leads to substantially more. Of course, during the process the truth comes out about Roger’s past, they fall for one another, and Renold becomes a strong nurturing lover. But this yaoi also has a dark and disturbing side. Soon as I started reading I could sense the story was heading in a not-so-nice direction. I’m not into reading gratuitous sex or sexual violence: rape does not equate love. But I do accept certain elements if they’re a necessary part of the story. Without giving spoilers: thanks to a certain incident in Roger’s past, his new boyfriend Renold is assaulted, and in order to stop the blackmail and violence, Roger puts his own life in jeopardy.
With this particular yaoi, I don’t know if I can really label either character as a definite uke or seme. Renold has the heart of a seme—that bold fighter personality, but winds up on the bottom. Where Roger, who is bigger and should be the attacker, doesn’t even come close to being aggressive enough, although he defends Renold right to the end. 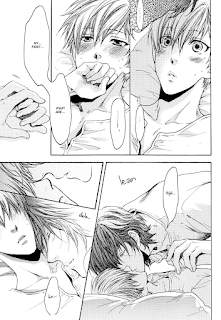 I really love Nekota Yonezou’s work. She’s a superb mangaka with a style all her own and an ability to weave interesting stories, and her character development is almost perfect. So over all I enjoyed Inside God’s Arms, but for those who upset easily, you may find a few parts disturbing. Near as I can tell this is an on-going series and there are other side-stories. Five stars!