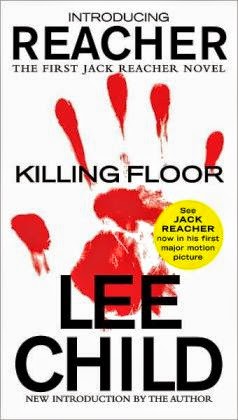 Welcome to BRB, everyone! It’s been a while since I’ve read such a large novel in such a relatively short period. Which is a miracle considering, I've also been editing and writing, and doing everything else that must be done in my life, at the same time. Generally, I read at night. It’s my only free time. And in that final hour or so, just before sleep takes me, I can usually read, depending on font size and word length, one to four chapters. Of course, that calculation is also conditional on whether I find the book engaging or not.
To be honest, I didn’t know much about Jack Reacher until I’d watched the 2012 film titled Jack Reacher starring Tom Cruise. I felt Tom Cruise’s portrayal of the ex-military policeman was extremely appealing. He was clinically cold in yet he had a streak of compassion, and he had no qualms to do whatever it took to find the truth. After viewing the film, I wanted to find out more about the character, and I quickly discovered he is the creation of author Lee Child. I’m not going to get into the debate, how Cruise wasn’t physically suited to play role; that’s neither here nor there. I had no idea what Jack Reacher was supposed to look like when I watched the movie. So, that topic is irrelevant.
Killing Floor by Lee Child, is the first novel in the Jack Reacher series. The paperback I read was an enthralling 536 pages full of twists and turns and, at times, graphic violence from Jack Reacher’s perspective. He’s an ex-military policeman and a drifter. In the book, he’s passing through Margrave, Georgia, and winds up arrested for a murder he didn’t commit. With no outside help, he uses instinct and his past military training to save himself and solve the murder.


Aside from the author’s choppy sentence structure, repetitive use of certain adjectives, and paragraphs of needless description, which felt more like filler, I really, and I mean this sincerely, loved this book. The character and fast moving roller coaster of a plot is what captured and held my attention to the end. I admit, there were bits I skimmed more than absorbed, but there was a ton of description. If I remember correctly, I read somewhere, that an editor had actually called this book a “literary nightmare”, or something to that effect. Not to defend or praise, but every author has a method to their madness—their own distinctive writing style—whatever you want to call it, and I believe all the “editing no-nos” are part of Mr. Child’s voice. Regardless, it’s Reacher that makes the story worth reading, and I will definitely purchase the next book in the series. I love formidable characters with a bit of personal baggage and a compelling plot, and the Killing Floor came up spades with both! 5 stars!

All my book reviews are posted in Goodreads! Blak Rayne Goodreads
Posted by Blak Rayne Books Blog at 11:00 PM