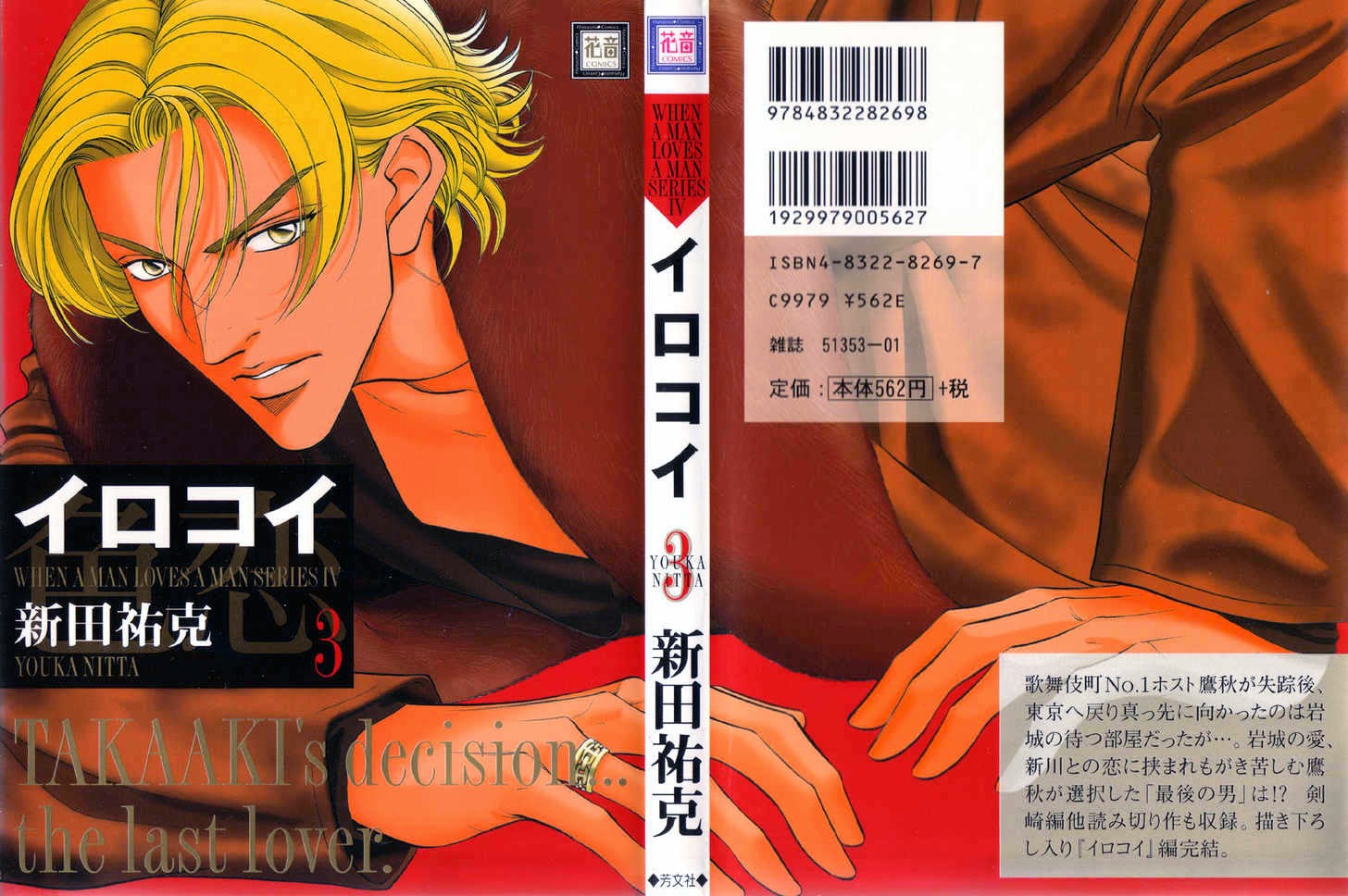 Welcome to BRB, everyone! I must apologize I wasn’t able to post much last week due to a family emergency. I just got home on the weekend. To give a little update, I’m currently working with several editors to get my next two novels ready for publication: Carson’s Story and Master of Illusion (revision and republication). Plus I’m writing two more novels: Taming of Victor Krause, and the other one’s a secret. Sorry, I can’t reveal the title or anything about it right now. Anyway, I’m up to my neck in manuscripts, and too busy for words. So I ask that you bear with me, when it comes to getting posts up on time; I am trying.
And isn’t it great…. Blogger is NOT going to shut down or limit adult content blogs! Hallelujah! I can’t tell you how relieved I am. My God, what a nightmare it’s been for authors of erotic romance. Okay, on to my yaoi review. 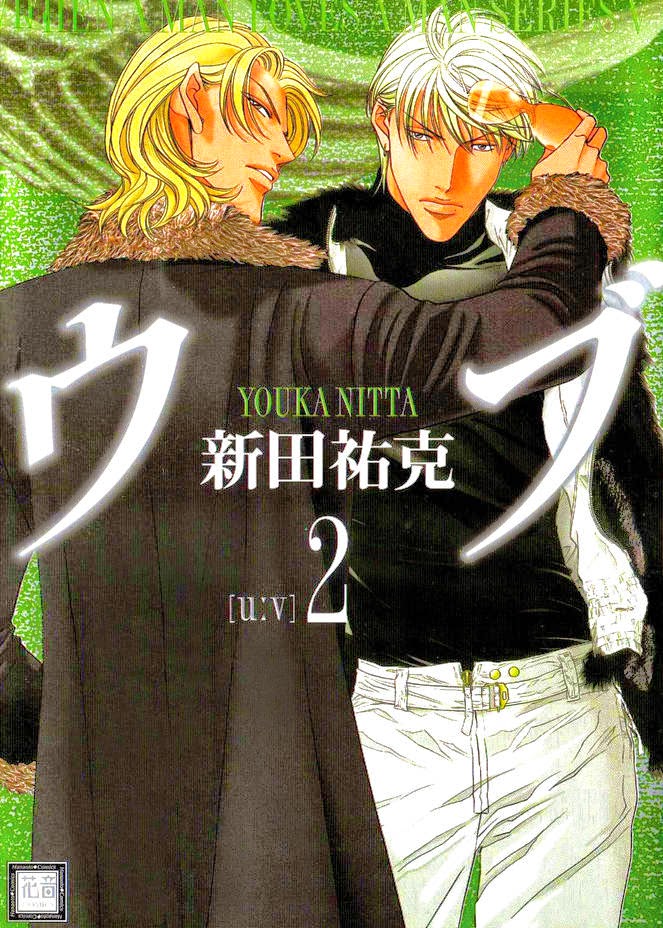 To make this synopsis short: When a Man Loves a Man is the story of several guys working in host clubs. Which of course infers there is a certain amount of professional rivalry. And if you’re a Youka Nitta fan, then you know she can’t create any story without adding twists and turns. Stuff like mistaken identities, unrequited love, and jealousy. The four main characters are Shinkawa, Takaaki, Iwaki Kyousuke who is Takaaki’s past love interest and mentor, and Kenzaki.
Iwaki tries to seduce Shinkawa in order to get him to a new host club, but Takaaki wants him to stay and keep their partnership. Basically, as the plot thickens you’ve got Shinkawa is trying to control his feelings for Takaaki, he uses Kenzaki and Iwaki seems to be used as well.
I liked Iwaki and Kenzaki the most for the simple fact they survived the head games and emotional turmoil relatively unscathed. Takaaki drove me around the bend by the end, and Shinkawa was my least favourite character. He was the epitome of an emotional bully. He constantly used Kenzaki when life didn’t work out the way he wanted—toyed with him—lead him on. Then dumped him over and over again, running to Takaaki; Kenzaki’s only fault, he was in love. 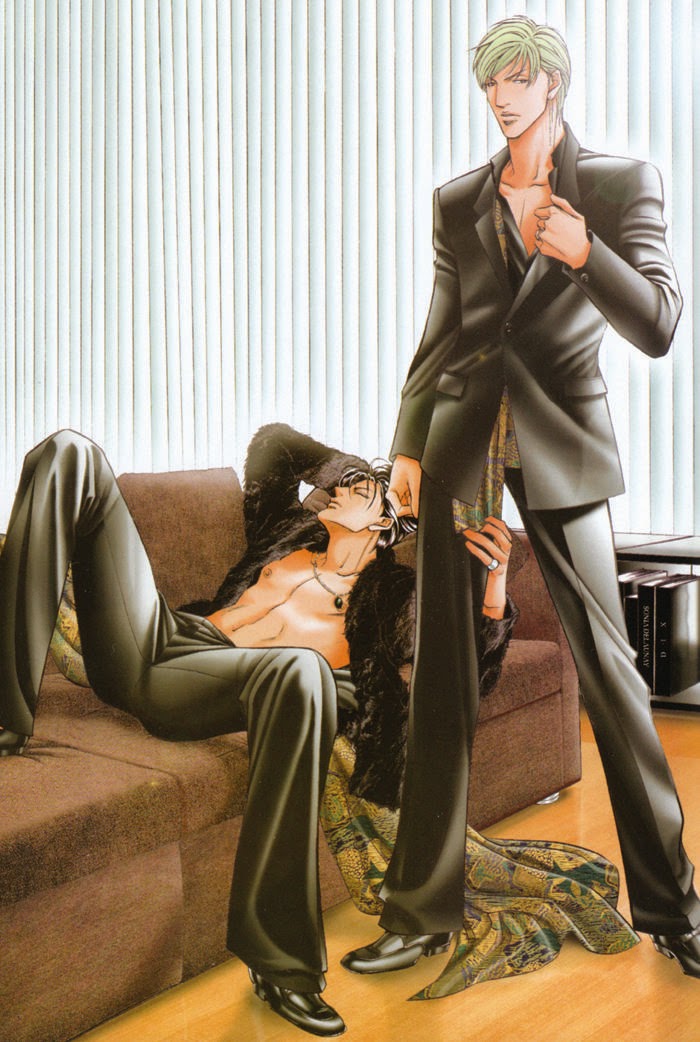 The series was extremely well drawn. The characters were beautiful and masculine, and near perfect, as I’ve come to expect from Youka Nitta. And the plot was almost flawlessly executed. But, I did feel a little cheated with the ending. Kenzaki never got his just reward, and my God was the man faithful. Also, another point that didn’t sit well with me was that Iwaki seemed to accept his fate too easily, and if you read the series you’ll understand. Having said that, real life is messy. Even though it has a hokey title and I loathed Shinkawa and felt cheated, I still give When a Man Loves a Man 4.5 stars!