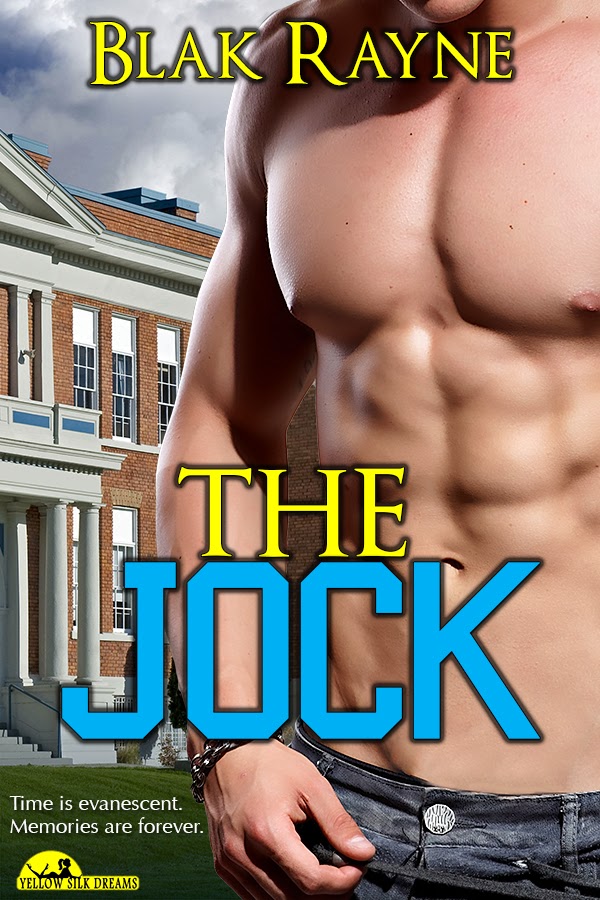 ‘Time is evanescent. Memories are forever.’

Stuck in a traffic jam on the highway, in the middle of a record-breaking heat wave, Adrian Greene has more on his fevered mind than praying for rain and getting home. With little else to do, his thoughts stray to a better time in his life—his youth and an adventurous three years spent with his first boyfriend. If there’s one thing he longs for, it’s a chance to relive it all.

I avoided Tim for days afterward—the cafeteria—anywhere I happened to see him, or hear his voice. Until we met up in science class and I had nowhere left to run. Mr. Gilchrist wouldn’t allow anyone to swap partners, even though I told him it was a life-or-death situation. He just glared, pointing to the back of the classroom. I edged along the wall, avoiding everyone’s prying stares and slumped into the chair next to Tim, dumping my notebook on the table.
“It’s been a while,” he murmured, below the teacher’s announcements.
I refused to answer him and took out my pen.
“Sooner or later you’ve got to speak to me.” Sitting erect, he flipped open the science book. “We’re partners and we’ve got a project to do.”
He placed the book between us, and his hand brushed mine. I flashed a timid grin at him and he smiled. Why did he have to be attractive and the sole object of my carnal desire?
We read the next chapter in the textbook and discussed what we’d do for the project. The time went quickly, and before the class ended, we were putting together the fragmented pieces of our friendship. We talked about our parents and music, and sports, not that I had any real interest, however we did avoid the “lump under my chip bag” topic.
The bell rang.
Tim shot to his feet and slipped me a piece of paper from his notebook. “Read it when you get home.”
“Huh?” I started to unfold it and he snatched it from my grasp.
“Didn’t you hear me? Not here, Adrian, okay?” He glanced about, lowering his voice. “Promise me.”
“Ah…okay.” I stuffed the paper in a rear pocket.
“See you tomorrow!”
And with that, he was gone like a bullet, the first out of the classroom. Guys didn’t write guys notes, not usually anyway, so naturally he’d piqued my curiosity. Floating from the room wearing a grin, I wove through the oncoming maze of students. Outside, my mother had parked along the curb, across the street in the shade of a maple tree. She waved and smiled.
“How was your day?” She started the car.
“Good!” I clicked the seat belt and then lifted my rump to get at the note. Apprehensive, though eager, I unfolded the lined piece of paper.
“What’s that?”
“Nothing, just a note from a friend….” I read the first couple sentences and my cheeks flushed. Even though the majority of Timothy’s chicken-scratch handwriting was almost impossible to decipher, ‘fondle your balls’ came across pretty clear.
She glanced at me. “It must be something—your face is red.”
Scrunching the paper, I laughed nervously. My groin ached with sexual arousal. “It sure is hot in here!”
“Is it?”
“Oh yeah, I’m boiling, Mom.” I fanned a hand in front of my face while stuffing the paper back into my pocket.
“Well, turn on the air-conditioning.”
Fiddling with the knobs, I asked, “Is dad home yet?”
“Tomorrow night, honey. Remember?”
“That’s right, ” I said cheerfully. “It’ll be nice to see him.”
“It will be.” She kept her hands at ten and two, never deviating. “You know, you should invite that boy over for dinner tomorrow night.”
“Boy?”
She laughed, dithering a little over his name. “Tim, I think. You said he’s new to the school and doesn’t have a lot of friends yet.”
I thought about the letter and whether it would be a wise idea. “I don’t know if he’d want to.”
“It wouldn’t hurt to ask.”