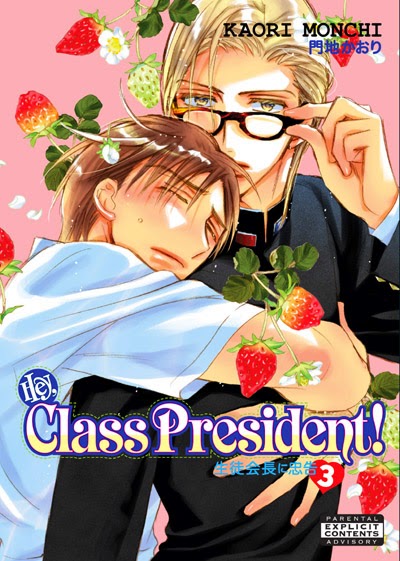 Seito Kaichou ni Chuukoku or Hey Class President is an ongoing yaoi manga series by Monchi Kaori that’s also been made into an anime. It’s got all the trimmings: comedy, drama, romance, and with a high school setting.
*BCB
Even as he tries to keep the student council president—who has a mysterious charm that attracts men and perverts—out of trouble, Vice President Chiga-kun finds himself being drawn to him. Chiga-kun wonders how he, being such an intelligent individual, can be so unwillingly taken with a boy who is so country and simple...but watch out, because the president's sweet naïveté is irresistible! 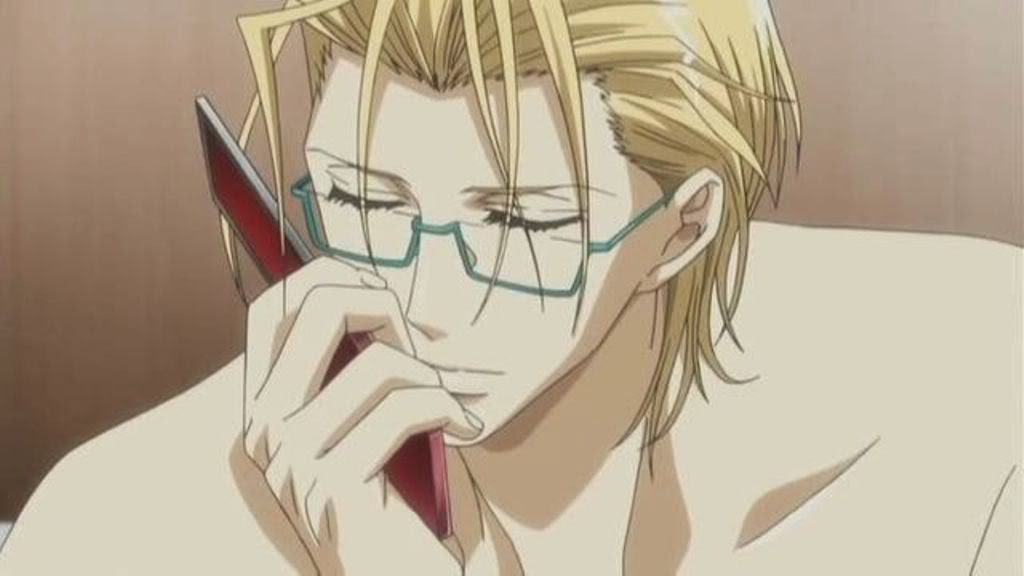 Basically, Kokusai is the student council president, a young man who attracts lecherous men like bees to honey, and can’t seem to protect himself. He’s adorable, but unfortunately dimwitted and just not assertive. He asks Chiga a fellow classmate and friend to become the vice president, and Chiga accepts.
I thoroughly enjoyed this yaoi and look forward to reading more. The characters are highly addictive. I guess what I like is the fact that Chiga isn’t a normal seme—aloof and abusive—he’s reluctant, protective and truly kind. After he becomes the VP he finds himself gradually falling for Kokusai. And it’s a struggle for him, because he’s a bit of a womanizer. But he doesn’t want to Kokusai to think of him as that type of person, and he has no intention of treating him that way. He can be hot tempered and blunt, but overall he’s a good guy trying to make sense of his feelings. And he loves Kokusai. Kokusai isn’t the normal uke either. He doesn’t protest, and although he's somewhat confused with his own feelings, he still allows Chiga to become his boyfriend. 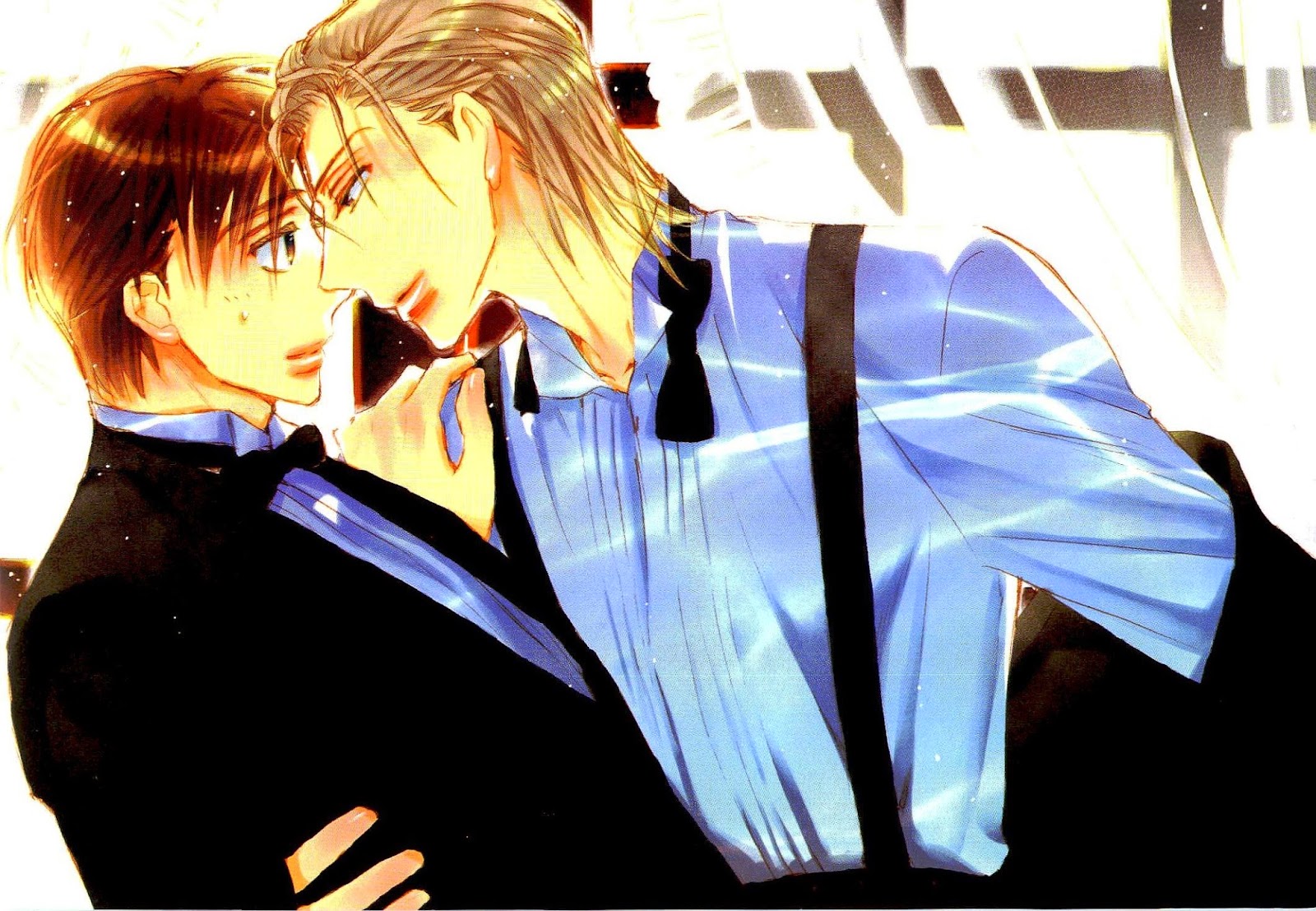 I’m not big into the high school setting, despite the fact it is popular in yaoi and shonen ai. However Seito Kaichou ni Chuukoku is one of the best I’ve read. The art is quite pretty, the plot flows, and the leading men are nice guys, for a change. Don’t misunderstand me, I love the all powerful and unemotional semes, but I also like to see variations too—a man who doesn’t need to be a prick—a man who can win over the uke by simply being nice. What a treat! I also recommend watching the anime. I give Seito Kaichou ni Chuukoku 5 Stars! 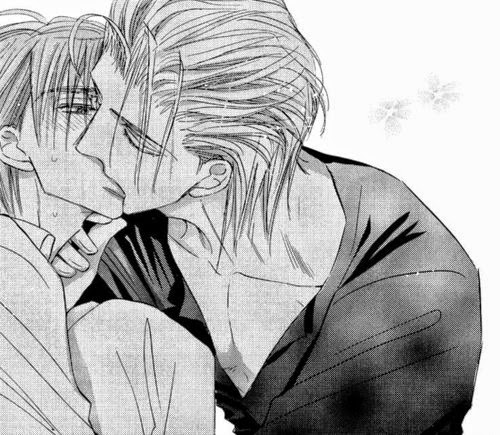