Welcome to BRB, everyone! I hope your Valentine's Day was better than mine. The hubby booked a table at one of our favourite restaurants, then had to cancel, since I wasn't feeling well. I'm just thankful he's such a sweet man. "It's okay," he said. "We'll go another time this coming week instead." So, we watched murder mysteries, while I sucked on a bottle of carbonated water. Yum! :P Anyway, thanks for stopping by. I've added a list of books from Yellow Silk Dreams that have done quite well and have some pretty awesome reviews. I hope you check them out!

Gabriel, young and beautiful, returns to save Damien - at a price
Hallowe’en sweeps into San Francisco on the winds of a typhoon, and brings with it the dark and beautiful Gabriel, walking impossibly along the top of a fence. He is strong and youthful, looking no older than the young Gabriel Damien had pursued years before.
And he brings a promise for Damien – youth, beauty and love eternal…
Damien is aging. He lives in a gay community suffering the ravages of AIDS. As he goes to his Hallowe’en meeting with Gabriel in the cemetery, he knows he cannot resist the chance of a new life. But what sort of life? And what will be the cost?
This dark and twisted tale blends the paranormal world with a powerful romantic and erotic theme to produce an unsettling story that will stay with the reader long after he has finished reading.
Read Reviews or Purchase! blood-sweat-and-black-leather

The Jock
by Blak Rayne

Stuck in a traffic jam on the highway, in the middle of a record-breaking heat wave, Adrian Greene has more on his fevered mind than praying for rain and getting home. With little else to do, his thoughts stray to a better time in his life—his youth and an adventurous three years spent with his first boyfriend. If there’s one thing he longs for, it’s a chance to relive it all.
Read Reviews or Purchase! the-jock 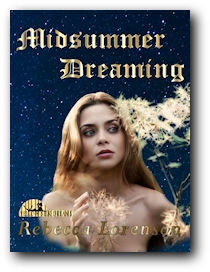 On a midsummer's night, anyone can dream. Rebecca Lorenson takes us on two dreamy voyages, guided by Puck, the magical person who brings romance for some and mischief for others.
Read Reviews or Purchase! midsummer-dreaming 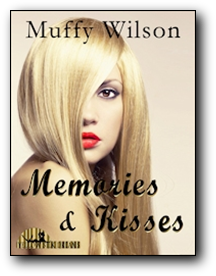 Memories and Kisses
by Muffy Wilson

Old memories are like old red wine - all the richer for time passed. And the kisses taste sweeter too. Three romantic and very sexy stories take us back to things as they were, and forward to the wonderful times to come.
Read Reviews or Purchase! memories-kisses

Jessica Swift returned home from the Venus School to find that the two instructors she'd fallen for actually work at the same company as her. The fantasies and desires of her surreal two weeks at the school clash with the reality of wanting two men equally, especially since she'd not even sure if the men she fell for are real.
Justin and Chris are willing to fight for Jessica, to prove to her that she can trust them despite their deception, and to convince her to give them a chance to see if they can turn fantasy into reality.
Will she be forced to choose between them? Even if she doesn't, how can a relationship like that possibly work in real life? What will their friends and family think? Jessica doesn't have any of the answers, but she has a lot of fears to push through in order to find her happily ever after.

Europe in Love
by Jacqueline George

The romantic and spicy adventures of an interstellar peace maker.

Lady Calixte is known for spending her nights in the company of handsome spaceforce pilots so when her home planet is invaded and her bed found empty, no one questions her whereabouts. Who would guess she’d stowaway on a ship to plead for help from the most feared man in the galaxy?
Leader Sarin has fought many battles. Now he wonders what is left worth fighting for. Until, that is, the daring Lady Calixte arrives in her sleep gown looking for help. He doesn't doubt he can win the battle to save her people, but can he win her heart?
Read Reviews or Purchase! i-wish-i-might

A collection of romantic stories told as only Gemma Parkes can tell them - hot, spicy and guaranteed to bring a smile to even the coldest heart.
Read Reviews or Purchase! /fevered-kisses

Light and the Darkness
by Eve McFadden

Erica Wellstone is a painter, and a witch. When her brother makes a bet with vampire Jordan Castle and then tries to skip out, Jordan offers her a deal: she honors the bet, and her brother gets to live. The catch is, she must figure out the wager based on Jordan's hints.
Yet Jordan Castle doesn't have it his own way. Erica evokes feelings he thought long dormant and he knows he'll stop at nothing to keep her, whether she wins the wager or not.
Read Reviews or Purchase! light-and-the-darkness

The Goblin Queen
by Chris Kalyta

Amy was human until she willingly ate faerie food the year before and transformed into an elf. Now she’s left her friends to discover just what it means to be one of these mythical creatures.
Her journey through the wilds of northern Canada end up with her being captured by goblins, who seem only too happy to sacrifice her to their evil god. Can she escape this fate? Can she survive when she’s thrown into an alien world where danger threatens her almost every second of the day?
Amy must learn her own true nature if she is to protect those she cares about. But how can she do that when her own humanity prevents her from embracing faerie magic?