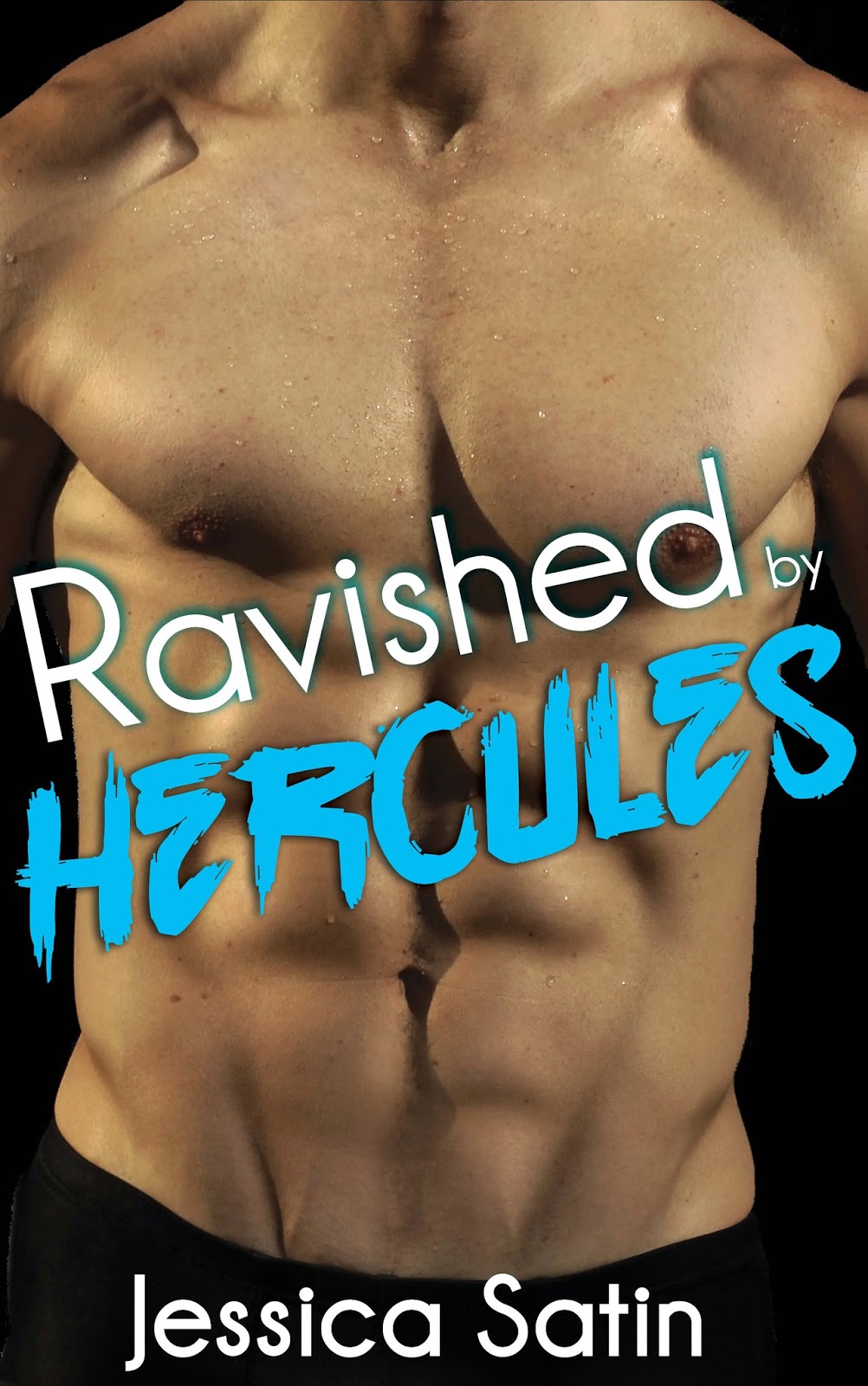 Welcome to BRB, everyone! My humblest of apologies to Jessica Satin, author of the following smoking hot excerpt and book promo. Somehow your post got lost in the shuffle during the last few weeks of the year and wasn't published when it should've been, Jessica. I am sorry. To the readers be prepared for a steamy read! Seriously. Enjoy!

Megara never imagined being saved by Hercules while trapped in the cave of the Nemean lion. She was a warrior, not a damsel. Despite her protests, Meg is drawn to Hercules like a magnet to iron.   After a long, steamy afternoon exploring each other’s bodies, Hercules can't get Megara out of his mind. He shouldn't see her again. People fear his strength and anyone associated with him is in danger.   Can Meg's heart withstand the charms of a dangerous demigod?

Content Warning: All of the sexual descriptions found in this book are very explicit in nature. For readers 18+ only!

Megara walked boldly up to Hercules until she could look straight up into his warm brown eyes. “Why am I still here?”
Her presence sent licks of electricity through his veins, his groin tightening with need. He knew he still needed to skin the lion, but he couldn’t wait. “You helped me slay the beast.” His eyes locked on hers. They were so close she could feel his heat. “I want to show you my gratitude.”
He took her tiny neck in his huge hands and kissed her, his tongue parting her lips, probing deep and firm inside her mouth. He tasted like earth and fire, as though he were forged from volcanic lava. She didn’t know who this man was, or if he even was a man, but it didn’t matter. She had never wanted anyone with such immediacy. She clutched his torso against her and ran her hands down his back. His muscles rippled beneath her touch, warm and solid as rock. He slid his tongue hard and wet against hers, giving her a preview of how his cock would ram inside her. Flutters of anticipation rushed up her belly. She pushed back on his tongue and took his lower lip into her mouth. She sucked on the tender flesh and bit down, pulling his lip outward as far as it would go before allowing it to snap back into place.
He grunted, his lip tingling where her teeth had been. Her vigor excited him. Other girls were all soft kisses and warm pressure, which was lovely, but there was a shocking edge to her that aroused him intensely.
He spanked her, hard, and encircled her neck with one hand, his thumb pressed against her throat. Arousal flowed hot and thick through her bloodstream. He pressed his hand deep between her thighs to feel her wetness, but she pushed his hand away. Boldness slammed through her as she fixed her gaze on his. His eyes seemed to strip her with just a look, but she held firm. “What makes you think I will give in so easily?”
He grinned like a stone fox and leaned into her, his breath hot on her neck. His lips left warm trails of kisses along the slope of her throat, sending flickers of lightning through her so hot her pussy gushed without her permission. “I can smell it on you,” he breathed in her ear, his voice deep and knowing.
She could feel his power gliding over her skin, sinking into her bloodstream, disarming her. Given her place as the King’s daughter, she rarely trusted other men to desire her for any reason other than her nobility, so she usually took charge, not allowing herself to be overtaken. On the rare occasions that she had lovers who didn’t know her title, she allowed them to take her. The sex was transformative, her orgasms core-shattering. Thankfully, the man in front of her didn’t know who she was. Maybe she could trust him, at least for the afternoon.
She looked straight back into his eyes, her pussy throbbing against her will. He began walking toward her, forcing her to back up with him. The intensity of his gaze sent warm pulses of pleasure through her like a drug. The sensation was so intense it was almost painful, but she couldn’t bear to look away.
She felt the cool cave wall against her back, his heat enveloping her. He teased her, moving his lips over her forehead, over her eyelids, so close to her skin they were almost touching. He was driving her mad.
This time when he pressed his hand deep between her thighs she let him. “You’re sopping,” he breathed into her ear. She moaned, her vocal chords vibrating against his hand. He pressed two fingers along her labia, circling her entrance with his fingertips. Her labia hugged his fingers like a butterfly’s wings wet with dew, delicate and precious. He pushed the tips of his fingers inside her and she moaned against him, her lips forming a beautiful O as her breath streamed sweet and warm over his chest.