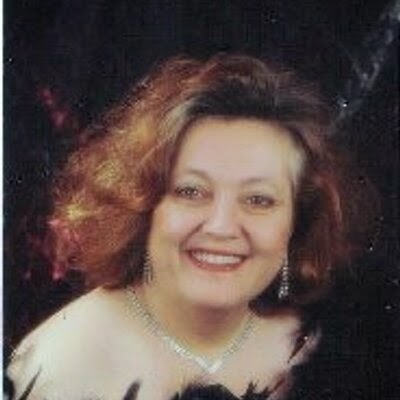 Welcome to BRB, everyone! My guest today is the talented Cara Covington. Thank you for stopping by, Cara! What genre do you currently write? And, is there a genre you'd like to write, but haven't tried yet?
I write erotic ménage romance, with a bit of romantic suspense woven in. I think some day I would like to try and write what we used to call “women’s fiction”, with less emphasis on the romance. But that’s in the future. I’m having a lot of fun with what I am writing.
Many authors use a nom de plume, and they may use one opposite to their own sex. Do you think an author's sex or sexual orientation should dictate what genre they write?
Absolutely not. I think that any author needs to write their passion—if you love paranormal, then that is what you need to write. I’m an author of erotic romance, lately mostly ménage. I have written both heterosexual ménage and bisexual ménage (m/m/f). I write what the characters show me.
Some authors have issues with character development, writer's block, plot summary ,etc. What is the biggest challenge you face when writing? How do you overcome the problem?
All my stories are character driven stories, so my first challenge is answering the question: who are these people? I give my characters real-life challenges and baggage. It’s the only way I know to make them relatable. When I do get stuck, it’s usually because I am trying to make my characters do something they were never meant to do—or I haven’t listened to them closely enough and have veered from the heart of their story. The only cure is to go back and discover where you made the mistake.
What has been the single most successful marketing tool you've used to date?
I’m only now just trying to do some marketing, having recently asked a friend to guide me on the path. But the best marketing you can do is twofold: one, write darn good stories; and two, be relatable yourself. Readers can engage me on FB. They can also send me an e-mail at my website. I answer every one. Sometimes it takes a few days, but I do respond to every letter.
If you had to live as one of your characters, which one would it be, and why?
Oh, I think in fact that there is more than a little Grandma Kate in me. She’s witty, and wise, and never lets anything stop her from doing what she wants to do.
While writing, have you ever drawn from personal experience, and why?
The truth of the matter is that if you’re a writer, than every experience you have in life, every emotion, every person you meet – it all goes into the well from which you draw. How can it not? That said, I don’t “copy” people I know, for good or ill. I am a creator of stories that are fictional. But there may be an anecdote or two in my novels that were real life experiences for me.

Just for fun–
What is your favourite colour? I love turquoise as a color, and fuchsia, though neither look good on me.
Which do you prefer: a little left to the imagination or explicit? It depends on what we’re talking about. Men and women, appearance wise and out in public? Definitely a little left to the imagination. Movies and books? Again, that depends. I don’t mind explicit as long as it’s not gratuitous. The explicit has to fit the characters and the mood and the story.
When you first met your partner/spouse/lover what drew you to him or her first? Wow, we’ve been married nearly 42 and a half years, it’s hard to remember back that far. We were teens so it was likely pheromones.
If you could spend the day with any famous author, who would it be? And, why? I think I would like to spend the day with Nora Roberts. I have met her at RWA functions and I’ve heard her speak a time or two, and some of the things she says could be my own thoughts. I think I could only benefit from being that close to greatness. 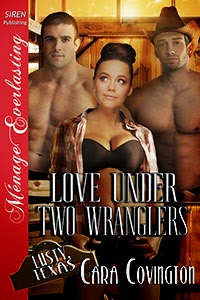 Blurb:
Holly discovers the difference between book boyfriends and real-life lovers when Alan Wilson and Duncan Moore aim for her. Alan and Duncan recognize Holly as theirs. Now they just have to convince the virginal librarian that they can live up to any fictional heroes.
As Holly learns to trust those smokin’ hot wranglers, she dares to explore her sensual side—the woman within longing to sample all the delights she loved to read about.
Alan and Duncan already know that Lusty is home, and once they get to know Holly they understand she’s the woman that’s always been destined to be theirs. They long to give her the happy-ever-after she’s dreamed of. Then their past comes back to bite them in the ass.
Years before, they helped uncover a conspiracy, in which racehorses were killed for profit. They didn’t take the threats against them seriously then, but they’re about to discover just how deadly a woman scorned can be.

Excerpt:
“Give us your hands, Holly.” Duncan’s voice sounded thicker.
Thicker. Yes, his cock was a little thicker than Alan’s.
In response, she held out both hands. Each man took one and brought it to his cock. She shivered as her palms wrapped around the turgid male shafts.
“You can squeeze us…lord, woman, yes just like that.” Alan shivered as she squeezed and then began to move her hand up and down. In all the books I’ve read, the heroine pumps those cocks.
“Hot…soft and silky….hard….wonderful.” She could think of no other words.
“Baby, I’m triggered so far right now. I don’t want to come in your hand.” Duncan covered her fist with his, stopping her. “I’d much rather come in your pussy.”
She released them both, and then grinned up at them. “Okay. Now what?”
Alan and Duncan traded looks.
Then Alan reached down and lifted her into his arms. “Now, sweet Holly, you let us have our way with you.”
He knelt on the bed and moved them both up. He laid her down again, right back where she’d been. Stretching out on her right, he raised himself so he was looking down at her. “We’re going to light your fires, sweet thing.”
Holly could have told him—told them both—that her fires were already lit. Duncan lay down on the bed on her left, and moved in close so that she felt his heat become her heat. She looked at him, and then met Alan’s gaze again. “Kiss me, please.”
“Yes, ma’am.”
Alan lowered his head, and Holly’s eyes drifted shut as his mouth met hers. Warm and wet, his lips caressed hers. The brush of his tongue made her open her mouth, and then yes, he was kissing her in that wonderful way he had. Their tongues danced, and Holly caressed his, a sway and dip to the most erotic music ever, music that strummed through her blood.
He owned her mouth, wooing her with such exquisite heat that her nipples peaked and she felt her feminine flesh grow warm and damp. As Alan tapered his kiss, she began to reach with her left hand for Duncan.
She turned her head to the left and met lips waiting to taste hers and a tongue ready to seduce her own. As Duncan’s mouth took hers,hands began to caress and pet, to cup and tug and stroke. Heart pounding, excitement building, Holly broke her kiss with Duncan and turned back to Alan. “More.”
He responded immediately, his lips covering hers, taking her deep into that special place that lit her fires and made her arousal soar. Then he moved, placing tiny kisses on her cheek and her neck, moving down the bed. When he ran his tongue over her nipple and then sucked the bud inside, Holly’s back arched, and she moaned.
“You’re gorgeous all the time, sweetheart, but even more so now, when you’re aroused.”
Duncan kissed her, his tongue wicked and wanton as he claimed her mouth. The twin sensations of his kiss and Alan’s suckling wrought a whimper from deep inside her. She rolled her hips, and then whimpered once more as two hands spread her legs, and two sets of fingers brushed her slit.
She could feel her juices on their fingers as they moved them back and forth, spreading that moisture over her labia, finding and coating her clit. “Oh, oh!” They moved relentlessly, using mouths and hands to draw her higher, and then higher still. Holly couldn’t think, she could only feel.