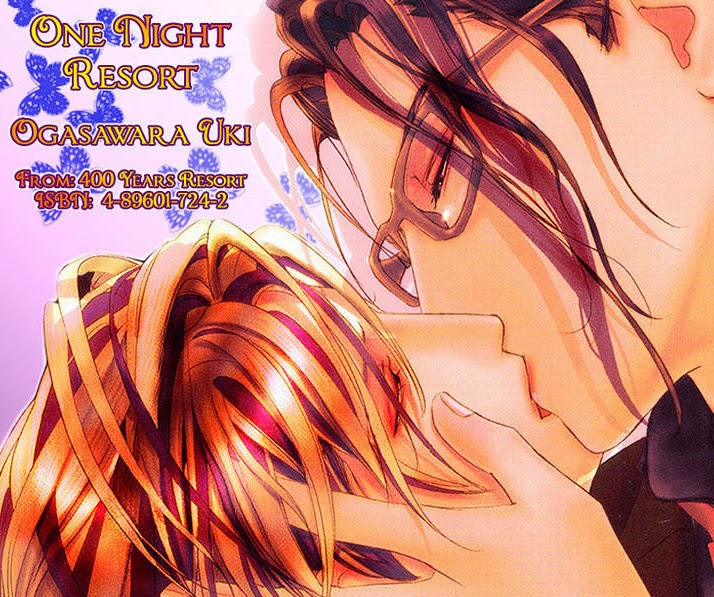 Welcome to BRB, everyone! I decided to post two yaoi reviews this time, since one was an extremely short read. Both are written and drawn by Uki Ogasawara, who is also the creator of Black Sun, and other yaoi manga like Houyou Jikken, Urakatana Kami no Ki, and so on.

One Night Resort is a one shot. In other words: a very short, very hot M/M story. In this case, ten colour pages of naughtiness. Basically, two men with considerably dangerous occupations, who haven’t seen one another in a year, meet at an expensive hotel. I really can’t tell you more because I’d spoil it; after all, it is only ten pages…. It is beautifully illustrated and the story ending has a unique twist. This “one shot” is synonymous of Ms. Ogasawara’s work, perfectly executed as always! 4.5 Stars! 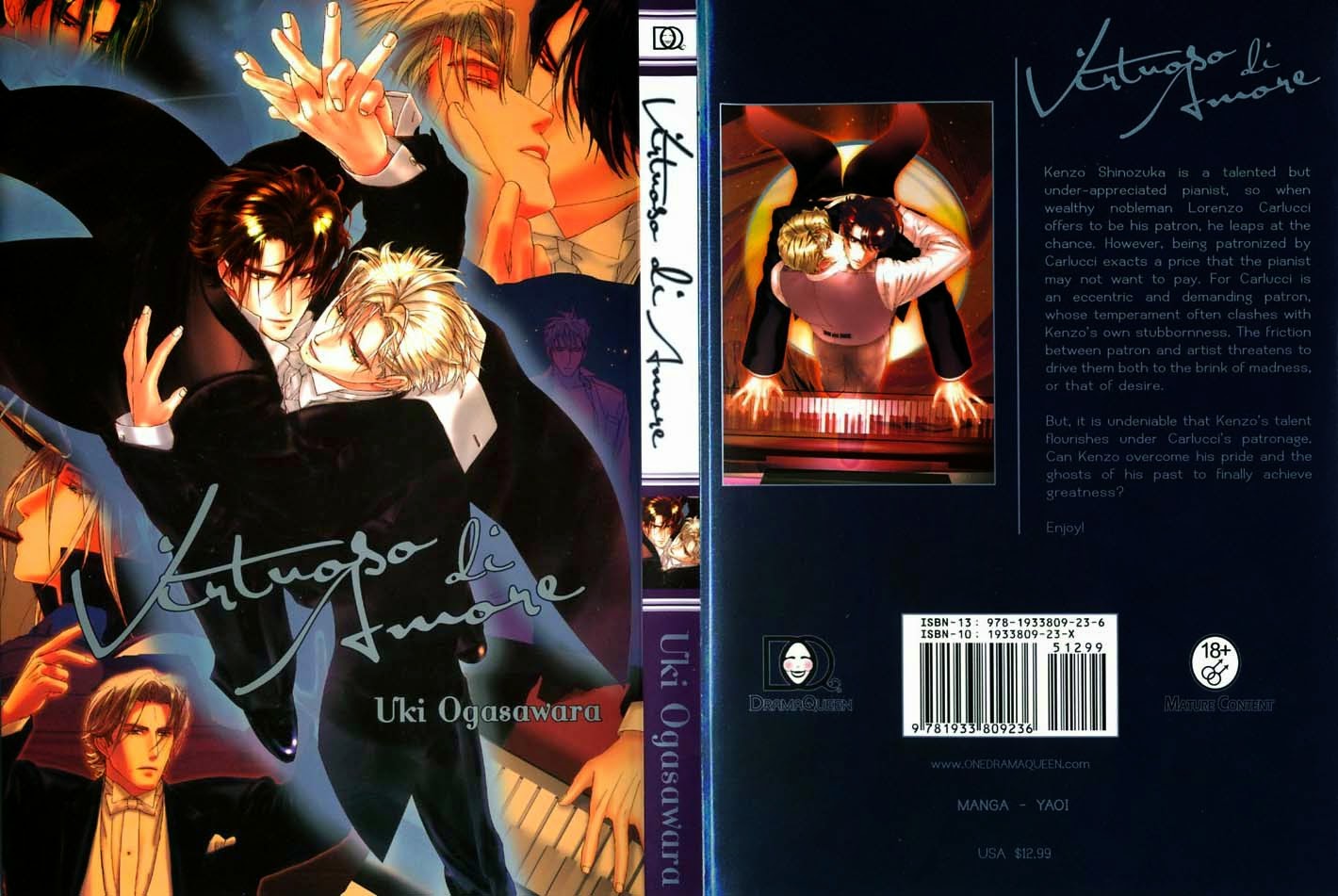 Netsujou No Virtuoso is a yaoi manga with great bishies! ^_^!! The uke is just as gorgeous as the semi. Kenzo Shinozuka is an out-of-work pianist with actual talent that attracts the eye of a wealthy nobleman, Lorenzo Carlucci, who offers to be his patron. Of course, Kenzo jumps at the opportunity to entertain plus make money. However, Lorenzo exacts a price that Kenzo isn’t necessarily willing to pay. Sex and debauchery is only part of the problem. Once again, Ms. Ogasawara has created a cast of interesting characters. Kenzo is strong, and determined to get what he wants, where Lorenzo battles a few demons from his past that have reached into the present. At first, I found this yaoi a little confusing to follow. Lorenzo comes across as a narcissistic nut bar, and Kenzo was about as lost as I was in regard to Lorenzo’s borderline psychotic behaviour. But once the plot evolved I started to understand what was going on. 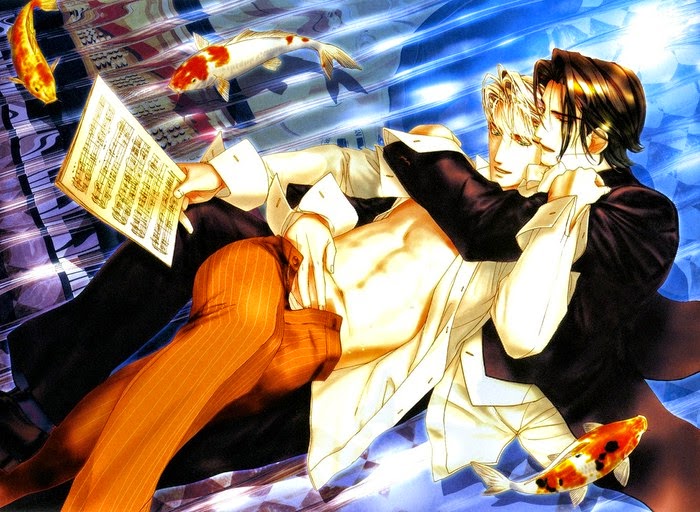 As with most yaoi, Netsujou No Virtuoso has explicit sex and a fair amount of it, as Lorenzo seems to flit from bed to bed and man to man without adequate reasons. The drawing is excellent, and the story so-so. I loved the art, but I wasn’t crazy about Lorenzo’s lack of a spine, though I understand why he was like that. Basically, he drove me crazy, and I felt the plot was weak. I give this yaoi 3.5 Stars!