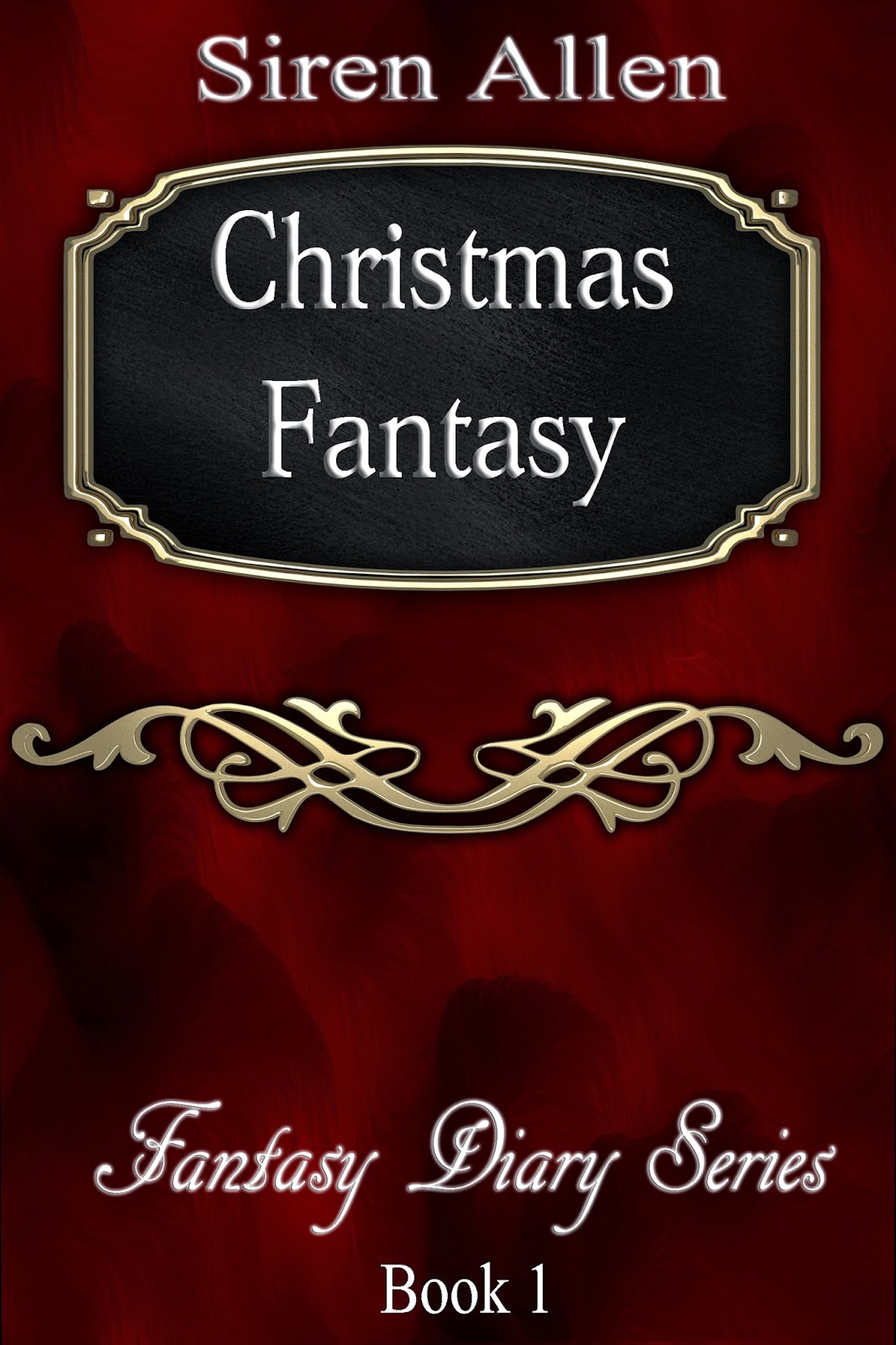 Many authors use a nom de plume, and they may use one opposite to their own sex. Do you think an author's sex or sexual orientation should dictate what genre they write?
~ No, I think we all should be free to express ourselves any way we choose.

Some authors have issues with character development, writer's block, plot summary etc. What is the biggest challenge you face when writing? How do you overcome the problem?
The biggest problem I face with writing is actually sitting down to write. My day job keeps me busy. I keep a note book handy so I’m always able to jot down ideas when I’m at work or out shopping.
When I get home I always get distracted by chores, my phone, FACEBOOK! Lol. In order for me to sit down and get some good writing time in I have to go to the library for a few hours and write on my laptop or if the weather is nice I go out on my porch and write. There are usually too many temptations in my house... including my hubby.

What has been the single most successful marketing tool you've used to date?
Facebook, it helps me reach people all over the world. I will definitely say Facebook and social media is very helpful for authors.

If you had to live as one of your characters, which one would it be, and why?
Though I love Alyssa Blakely from my current Paranormal that is out now, I have to say that as I write book two of that series I am realizing I would like to be Alyssa’s big sister, Ashley.
Ashley has a potty mouth and she’s not afraid to use it. She’s very independent and strong. She’s a force to be reckoned with and her mate is learning that taming her is going to be harder than he thought. So if I had to be any of my characters I would be the one I am writing now, Ashley Blakely from Dark Fantasies coming this December.

Just for fun–
What is your favourite colour?
Black
Which do you prefer: a little left to the imagination or explicit?
Explicit
When you first met your partner/spouse/lover what drew you to him or her first?
His kindness.
If you could spend the day with any famous author, who would it be? And, why?
Kresley Cole, because she is one of my favorite authors and I would love to ask her questions about the alpha males in her Immortals After Dark Series.
If you could indulge free of any consequences, what would be your ultimate sexual fantasy?
A threesome...me, my husband and Channing Tatum.

Blurb:
One bite was all it took.   It’s that time of year again. Alyssa Blakely is busy writing in her fantasy diary, filling it with all her forbidden, sexual fantasies. The star: her very sexy boss, Devin Jordan. Too bad for her, he’s never given her a second glance.   Or so she thought…   After a steamy kiss under the mistletoe and a night of wild sex, Alyssa has the bite to prove just how wrong she was.   Devin Jordan has found his mate. The only problem: she’s human. He’s not. Can he prove to her that his inner beast can be both naughty and nice? Or will her fear of the unknown and a threat neither of them saw coming keep him from claiming her?

Excerpt:
“Is this what you wanted to show me,” she purred and watched his chest rise and fall.
“Turn around.”
She did as he asked, turning around so that she faced the headboard. Ass in the air, she waited for him to touch her.
“Lay your head down on the bed.”
She did. Her pussy throbbed. She spread her legs open wider. Hoping he would hurry up and touch her.
“Close your eyes.”
Eyes closed, she felt him push her hair to the side, off of her shoulder and back.
“Do you want to know what I was thinking?”
She nodded her head against the mattress as he rubbed his finger from the top of her spine to the bottom causing her to shiver. A moan slipped through her lips when she felt his tongue on her flesh, traveling the same path his finger had just taken. When he reached the bottom, he bit her cheek and gripped her ass in his hands. He kneaded her roughly, but it felt so good.
“I was thinking about this.” She felt his tongue against her pussy, licking her slowly. She rocked back, pushing her body closer to his face. “And this,” he said, before sucking her clit into his mouth.
“But…I…guessed this.” Her body shuddered and she could barely get her words out. His tongue swirled around her clit and her hips jerked. She tried to form a coherent thought, but found the task impossible. She felt him pull away. Cold air teased her center. She wanted his tongue against her flesh again.
“You said I wanted you tied to a chair.” Devin told her. “That was not what I wanted. I wanted you like this, with your ass in my face.”
Alyssa pressed her face against the mattress, his words making her even more aroused. Behind her, she felt him moving, repositioning himself. She gripped the sheets tighter, knowing what was coming next.
“Let me know if I’m too rough.”
Too rough, impossible. She loved his roughness. She loved that he no longer sounded like himself. His beast had emerged, because of her. He gripped her hips and pulled her against his erection, grinding his body on hers. She ignored the sliver of fear that came over her. He wouldn’t hurt her…couldn’t hurt her. She was his mate. He leaned forward and kissed the nape of her neck. Between her legs, she felt his fingers spreading her open.
“I’d rather die than hurt you.”  He pushed into her.
Gripping the sheets, she arched her back as he surged forward, going deeper.
“I love you, Alyssa.”
Tears of pleasure burned the back of her eyes. He pulled out and pushed forward again, causing pleasure to radiate through her body. She gasped for air as he drove into her. She pushed back, meeting him thrust for thrust. His growl was music to her ears. Their breaths came in gasps. When he increased his speed, her fragile grip on control snapped. This time the growl that filled the room was her own. She pushed against him, needing him to fuck her harder.
“Like that baby?” Devin thrust forward.
“Yes,” she cried.
“And that?” He asked as he slammed into her.
“Fuck, Devin, yes.”
Unable to hold herself up any longer, she sank onto the bed and he followed. Not missing a beat, he continued to ride her. With one side of her face pressed flat against the sheet, she stared at the hotel wall, helpless and bound to the pleasure that had taken control of her body. She felt Devin’s breath against her cheek.
“Come for me,” he whispered in her ear.
She wasn’t ready to come yet. Alyssa closed her eyes and tried to hold out. She tried to take control of her body, but her efforts were useless. Devin’s thrusts caused her inner walls to tighten, her body trembled.
“That’s it, love. Give it to me.”
She did. Alyssa bit down on her lower lip to keep from screaming out. His roar filled her ears as he joined her. His body felt heavy on top of her, but she didn’t mind. 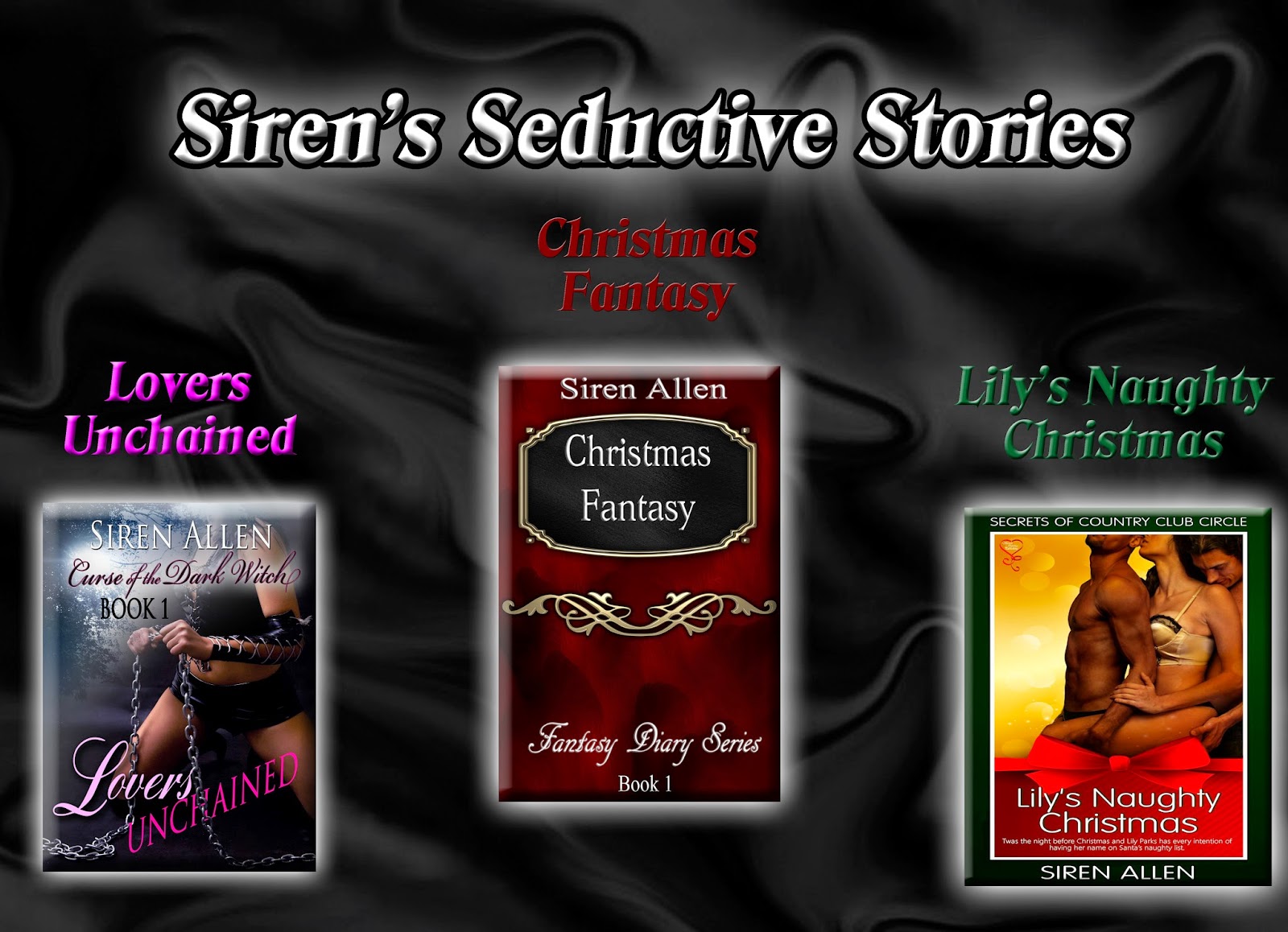