Why do I find M/M relationships and sex so fascinating? Why do you and so many other women find them fascinating? It doesn’t make any sense at all, but there it is. Given the chance to peep at an M/M couple having sex, or a straight or lesbian one, why do we click the gay button? Could it be that we just know that all gay men are well-dressed, take care of their appearance, and spend enough time in the gym to look, well, sexy? Watching two sexy men like that getting it off has to be an attraction to any woman.

Well, yes, all that is true. Except the bit about how gay men actually look. I live in a tiny village in the tropical far north of Queensland, Australia and we’re not exactly social revolutionaries up here. In fact, we’re pretty red-necked but even here we have some gay couples living together. We don’t have a gay scene – we’re not even big enough to have a straight scene – but there they are, pairs of friends living together. And we’re a tourist area, so we get pairs of men sharing camper vans and behaving just like any other couple as they wander around and see the sights. We’re fine with that. It’s their business, and who cares?

Here’s my difficulty; they look just ordinary. No-one dresses well around here (it’s too sticky!), and if any man ever looked finely chiselled, it must have been a while ago. They seem to go from beardless youths to regular guys in the blink of an eye. Sorry, I just wouldn’t want to peep at our gays, even if they weren’t my friends. I might be curious about M/M sex but I can’t imagine guys like that turning me on...

I’ll tell you what is nice about them, though. They make such wonderful couples. They are cute and romantic, and obviously planning to stay together forever. Nice.

Still, the idea of peeping at attractive men turns my head... A girl can dream, can’t she? 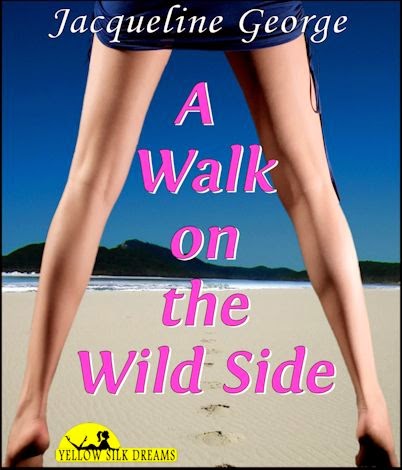 Gina is attending a company seminar in Bangkok and, on a whim, accepts an offer from Greg, a gay colleague, to visit one of the city’s notorious boy bars. The evening develops into something more...

When the dancers had gone and the curtain over the entry door had been drawn back, Greg picked up their bamboo tube with the bar chits and went to talk to Mr Sam. Gina saw him pass over some money, and then he came to sit down again.
She felt curious. “How does that work? You’ve paid him already?”
“Yes, I’ve paid the drinks, and the bar fee. And a tip for Mr Sam. He’s OK. Some of the mamasans at these bars are really stupid. Can’t even add up your bill and get the same answer twice running. At least Mr Sam realises that if he keeps his boys in line, he gets more tips himself so I always give him a couple of hundred as a tip. It’s worth it.”
“How much does it all cost?”
“All together? A couple of thousand baht, I guess. Say sixty bucks, including the boy. That’s something else Mr Sam fixes. The boy is told exactly what he’s going to do, and how much he’ll get paid. If he screws around or asks for more money, he’ll have Mr Sam on his case tomorrow. Look - he’s ready.”
Teera waited with Mr Sam. He still looked self-conscious and did not meet their eyes. Mr Sam was all business. “Good night, Madam,” he said shaking Gina’s hand. He took Greg’s hand and said, “I say very strong to this boy, you take care my friend Mr Greg. You do everything and one thousand baht finish. He OK. Very young, very fresh. Good night!”
Walking into the hotel lobby felt embarrassing. Gina felt everyone’s eyes on her as they went to the concierge for their keys, Teera in tow. They knew what he was and why he was there. The security guard at the foot of the lifts was worse. He looked at Greg’s room key, and examined Teera’s ID card, noting the details in his register.
“OK?” asked Greg. The guard nodded and waved them to the lifts.
They stepped into the lift and Gina silently begged the door to close quickly. Greg looked relaxed, and he was holding Teera’s hand. “You can come too, if you like,” he said. “Perhaps a massage?”
His suggestion shocked her and she should have rejected it. Instead, she did not wait for her floor but followed them out of the lift. “Just for a while,” she said, “And I’m not doing anything.”
Greg said, “Of course,” and smiled at her.
She found herself trembling as they walked into his room. She did not know what to do.
Greg waved Teera to the bathroom and came to stand beside her looking out of the window. Far below them, Bangkok’s night people crowded the bright street. It looked very alive. She did not want to ask herself why she had come.
“Would you like a drink? I could make a coffee.”
She shook her head.
Greg said, “It’s pretty out there, don’t you think? If only the language wasn’t so difficult, I think I could settle in. You’ve seen them in the countryside. I don’t know what they do, but they seem to live reasonably well. I love the climate, love the food.”
“Perhaps you’re a natural Buddhist.”
“You know, I just don’t understand that religion. It’s not very obvious, and yet... It seems to suit them. Have you noticed the little shrines in all the bars and restaurants? There are monks everywhere, once you start looking. I’ve been told that the monasteries act like high schools for most boys.”
The bathroom door opened and Teera came out with wet hair and dressed only in a towel. His upper body looked sculpted and sexy. 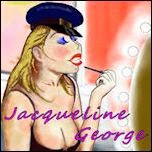