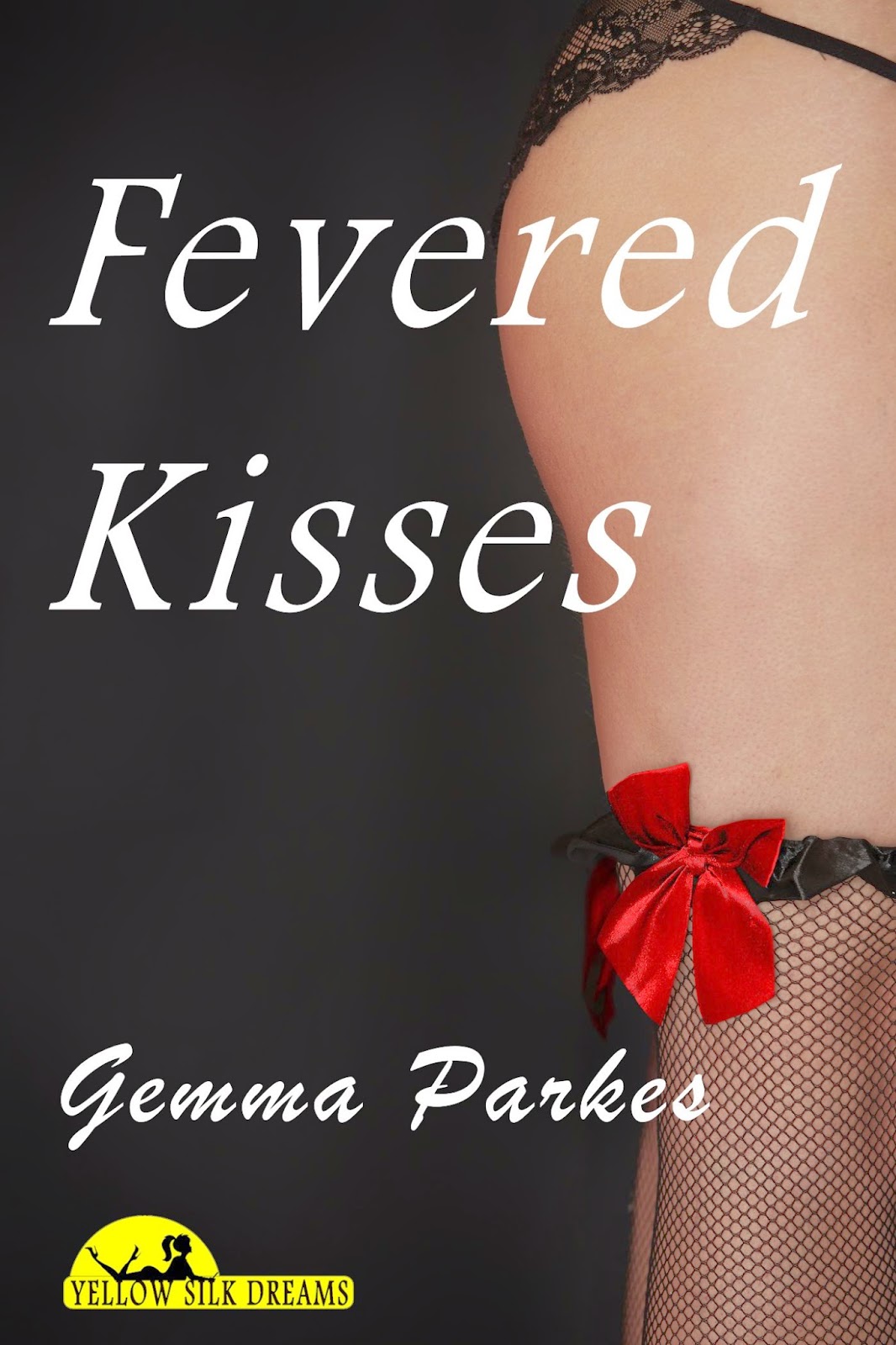 I’m delighted to be here on Blak’s blog today to tell you all about my new release ‘Fevered Kisses’. It’s an anthology of six new stories each with their own special tale to tell:

A notebook carelessly left in a café brings a new lease of life to Alice. What will she do with the information she discovers inside? Some things are worth trying out for ourselves!

Miranda Briggs is a successful dance instructor who occasionally wants to share the trappings of her success with lithe, young men. When the sun is blazing down who can resist the allure of an outside pool?

Sometimes lust can catch us at the most unsuitable of times and sometimes it’s almost exactly what we planned. Either way when passion calls everything else takes second place.

Amber Nugent was a beautiful, passionate, predatory female who sought out thrills after dark with dangerous determination. How many lovers will it take to satisfy her overwhelming need?

Melanie is tired of her busy existence. When a traffic jam pushes her over the edge she heads straight for the airport. Will she discover who she really is and what it will take to make her happy?

Emma has only one thing on her mind, Paul. Every day she works alongside him as she battles to control the daydreams that see them both naked in a dance of lust, does Paul even know that she exists?

I was reminded of other people in the restaurant when the waiter reached for my empty starter dish. He raised an eyebrow when my lustful gaze crossed his face as l pulled it away from Shaun’s.
The main course arrived. Though my appetite was distracted by my lover’s lips once again tasting the wine.
I lifted a forkful of food and sampled the explosion of flavour.
“This salsa is lovely.” I declared.
“I would like to see you salsa,” Shaun replied, “Preferably naked.”
I laughed but then he leaned forward and lowered his voice to a husky whisper,
“Dance for me baby, l want to watch you, l really do.”
“I don’t know how to salsa.” I spoke as quietly as him.
“Just take your clothes off and move around, l want you to.”
His eyes bore through me and l shivered in anticipation of them feasting on my body as l writhed before him, suddenly all my hunger was in a different part of my body.
“Getting a little uncomfortable?” Shaun teased.
I was beginning to think it hadn’t been my best idea to leave the panties at home as l shifted a little in my seat and tried not to watch the food slipping into that sensual mouth to be turned and churned by that very capable tongue. My breathing became a little laboured and Shaun lowered his eyes to my breasts which were rising and falling more obviously than usual as l tried to breathe deeper and relax.
“I need to get you out of that dress.” Shaun purred.
I nodded.
“Here Baby, try this.” Shaun held a forkful of chicken and l leaned in to take it from him. A slow moan escaped me as the fusion of fine spices melted across the surface of my tongue.
“It’s so good.” I purred.
Shaun shifted and his expression grew darker.

In the evenings Amber would take a bus into the next town. She would dress up in slinky evening dresses that would hug her enviable figure and show off her long legs.
Amber would sit alone in swanky wine bars waiting to be approached. This would never take long; sometimes she would time how long it took just for her own satisfaction. The feeling of so many male eyes following the contours of her body thrilled her so much that excitement pricked at her tawny skin. Occasionally she would glance back at a group of curious men to encourage them with a shy smile. It was always the alpha male in the group who would approach her first, the brave, confident man. Though every now and then Amber hankered after the shyest member of the group she rarely waited for his approach.
The game would begin; she would be bought a drink and then flattered relentlessly while her brave suitor’s friends looked on enviously. Amber would tease her prey, making him believe that it was he who was the predator. More drinks would follow, though Amber would never go beyond three. Compliments would be whispered into her ear behind the sparkling diamond earrings that were a gift from a grateful lover. His body would move closer until warmth began to seep into her skin through her receptive pores. Amber would gaze up and listen to every word, how beautiful her eyes were, how silky her hair and how stunning she looked in her clingy dress.
All these compliments nourished Amber; she needed them constantly and she would look up adoringly into the earnest face of the man standing so close that their bodies would be touching. Her lovers never missed their cue. When Amber flashed her eyes and lightly touched an arm there would be no need to clarify unspoken words. They would leave the building together to incredulous, covetous glances from the bereft friends.