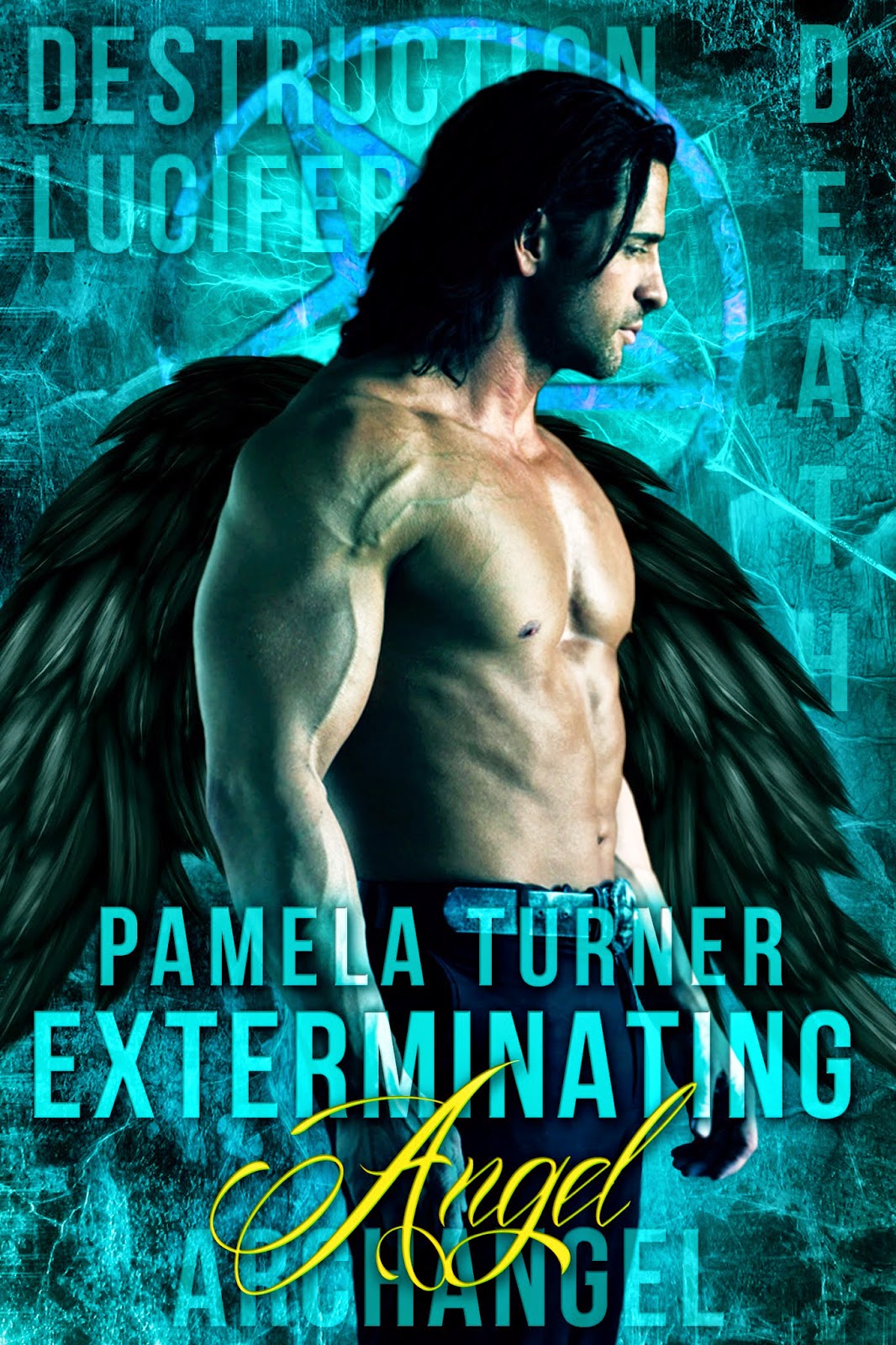 Welcome to BRB, everyone! I hope you had a fabulous weekend. My guest today writes in several genres and enjoys adding a darker side to her stories. And she's new to M/M. Thanks for stopping by, Pamela! What genre do you currently write? And, is there a genre you'd like to write, but haven't tried yet?
I write paranormal, including paranormal romance, and dark fiction suspense. Steampunk and mysteries are two genres I’d like to write. I’ve published a historical mystery, but it’s more of a whydunit than a whodunit.


Many authors use a nom de plume, and they may use one opposite to their own sex. Do you think an author's sex or sexual orientation should dictate what genre they write?


I think an author should write what s/he wants. Yeah, I’m rebellious that way.   I mean, why are we using gender to judge what genres authors write? A good story is a good story, regardless of who wrote it, or what gender or sexual orientation they are.


Some authors have issues with character development, writer's block, plot summary etc. What is the biggest challenge you face when writing? How do you overcome the problem?


Character deep emotion. That’s my bête noire. I’m not an emotional person, so it’s hard for me to write emotion without worrying about being melodramatic. I really have to work at it. Usually it means writing a draft, then going back in and weaving the emotion in the story. But, yeah, it would be so much easier if I could get the emotional layers down the first time.


What has been the single most successful marketing tool you've used to date?


Hard to say. Pinterest seems to be successful, in that people repin my pins, so there’s interaction there. Does it lead to book sales? Good question. Facebook and Twitter have the problem of posts being buried too soon, and reaching only a certain percentage of fans/friends/followers.  As I’m still trying to figure out how to find more readers, without spamming, this is an ongoing conundrum. Heard good things about “word of mouth” referral.


If you had to live as one of your characters, which one would it be, and why?


Lucifer. He was a fun character to write and apparently has resonated with readers, enough so that he may get his own story. The reason I’d like to be him is because, like him, I wouldn’t be concerned about collecting souls, but rather protecting people. (Well, that’s what my character does, anyway.)


While writing, have you ever drawn from personal experience, and why?


I’ve drawn some incidents from personal experience. For example, in Exterminating Angel, the scene in the cemetery with the deer’s head, yeah, I saw that. And the chapel exists. No ghoul, though, thankfully.


What is your favourite colour?


Blue, but purple is a close second.


Which do you prefer: a little left to the imagination or explicit?


I can do either. Personally, my writing tends toward the explicit, but not as explicit as some authors. (I’m still new at writing M/M romance.)


When you first met your partner/spouse/lover what drew you to him or her first?


To be honest, I can’t remember. I think it was when he told me I looked German, and he’d been stationed in Germany while in the Army. Turns out it wasn’t a pick up line. I’ve had other people say I look European. Not sure if it’s true, but I find it interesting.


If you could spend the day with any famous author, who would it be? And, why?


Sherrilyn Kenyon. Her RWA speech inspires me when I feel like giving up, and she was the first PNR author I read. I’ve had the pleasure of meeting her twice and she was absolutely wonderful.


If you could indulge free of any consequences, what would be your ultimate sexual fantasy?


Making a deal with the Devil is the least of his problems.

Zaphkiel, a chain-smoking, hard-drinking archangel, never intended to unleash the sun demon upon the city. Bad enough his boss wants him dead, and this recent crime is the perfect excuse. The timing couldn’t be worse. Somehow, Zaphkiel’s executed lover, Caliel, is alive and reincarnated as Sean. Zaphkiel is thrilled to be reunited with Caliel again, but will his lover feel the same when he learns Zaphkiel’s darkest secret?

Hired by Lucifer, Sean wants nothing more than to fit in. But how can he compete when the Devil’s friends include archangels and a Tarot reader, and he was born without special abilities? Or so he believes. The Tarot hints there may be more to him than he realizes.

Recruited by the Devil to find the two pentacles sun demon Sorath plans to use to destroy the universe, Zaphkiel and Sean find themselves pawns in a game of power and control. If the archangel gives his boss the pentacles, Ophaniel will overlook his crime. But Zaphkiel knows he can’t trust either Ophaniel or Sorath, and the deal he’s made with the Devil could cost him not only his life, but also the lover he believed gone forever.

Would their relationship change when he became a fallen angel? He stroked Sean’s hair, marveling at how such an innocuous action could stir such a possessive feeling in him. Leaning down, he brushed his lips over the other man’s.

“No. It’s still early. Go back to sleep.” Zaphkiel would never tire of looking into those eyes, irises green and rimmed with blue. His heart swelled with relief he had this second chance. How Sean—no, Caliel—had managed to escape Seraphic flames astounded him, and he thanked whomever had saved his lover.

Sean pushed himself to a sitting position against pillows, and turned on the nightstand lamp. “Something’s on your mind.” He cradled Zaphkiel’s head against his chest, curling strands of his hair around his fingers. “Care to tell me about it?”

Sean’s steady heartbeat was a comforting sound to remind him he’d something tangible to believe in, rather than a distant memory lingering in his subconscious, a reminder of an irretrievable past. But he couldn’t tell Sean his true nature. He’d promised, and he didn’t want to destroy their relationship.

Nor could he tell Sean what he planned to do that could change both their lives.

Sean kissed the top of his head. He pulled Zaphkiel close, wrapping his arms around his waist. “Talk to me.”

Zaphkiel leaned against Sean, closing his eyes, and enjoying the closeness, clean smell of soap, and satiny feel of warm, tanned skin.

Sean kissed him at the juncture of his shoulder and neck. A nip, not hard enough to draw blood, but enough to make the hair on his arms rise. He pressed his hands against Zaphkiel’s chest, gently rubbing his nipples in a circular motion until they peaked under his touch.

A fluttering sensation filled Zaphkiel’s stomach, and his breath hitched.

Sean ground his erection against Zaphkiel’s lower back. Heat flowed through his groin and abdomen, temperature rising. His body ached with need, and knowing Sean wanted him meant more to him than he could express. “Aren’t you forgetting something?” He took Sean’s hand and pushed it past the waistband of his cotton briefs. “Someone’s getting lonely here.”

“We can’t let that happen.” Sean squeezed his erection. That, along with the cotton fabric rubbing against his sensitive skin, created a friction that drove him mad with desire. No one else made him feel this way. Even in his loneliest moments, when he believed his lover dead, the thought of another man or angel touching him sexually filled him with revulsion. His body and soul belonged only to Caliel.

“Hope you don’t have to be anywhere in the morning.” Sean shifted beneath him. He rolled Zaphkiel over and kissed his throat, at the same time reaching between his legs and stroking him.

Zaphkiel arched off the bed. God, Sean knew what erogenous buttons to push. His skin tingled and burned as his passion rose. Always, Caliel saw to his needs first, insisting Zaphkiel’s pleasure was more important than his own. Of course, it was a lie, and seeing the wanton look on his lover’s face always drove him to new heights of arousal, even if he’d just come. But that was Caliel, always giving, never expecting anything in return. A pure, selfless lover.

Sean gently bit a nipple, and Zaphkiel swore even more blood filled his cock. He ran his hands through Sean’s blond hair, soft strands falling over his fingers. How many centuries had he dreamed of touching Caliel, only to wake up alone, eyes wet with tears. Now they were together again, he promised himself he wouldn’t let anyone, not even Ophaniel, take Caliel away again.