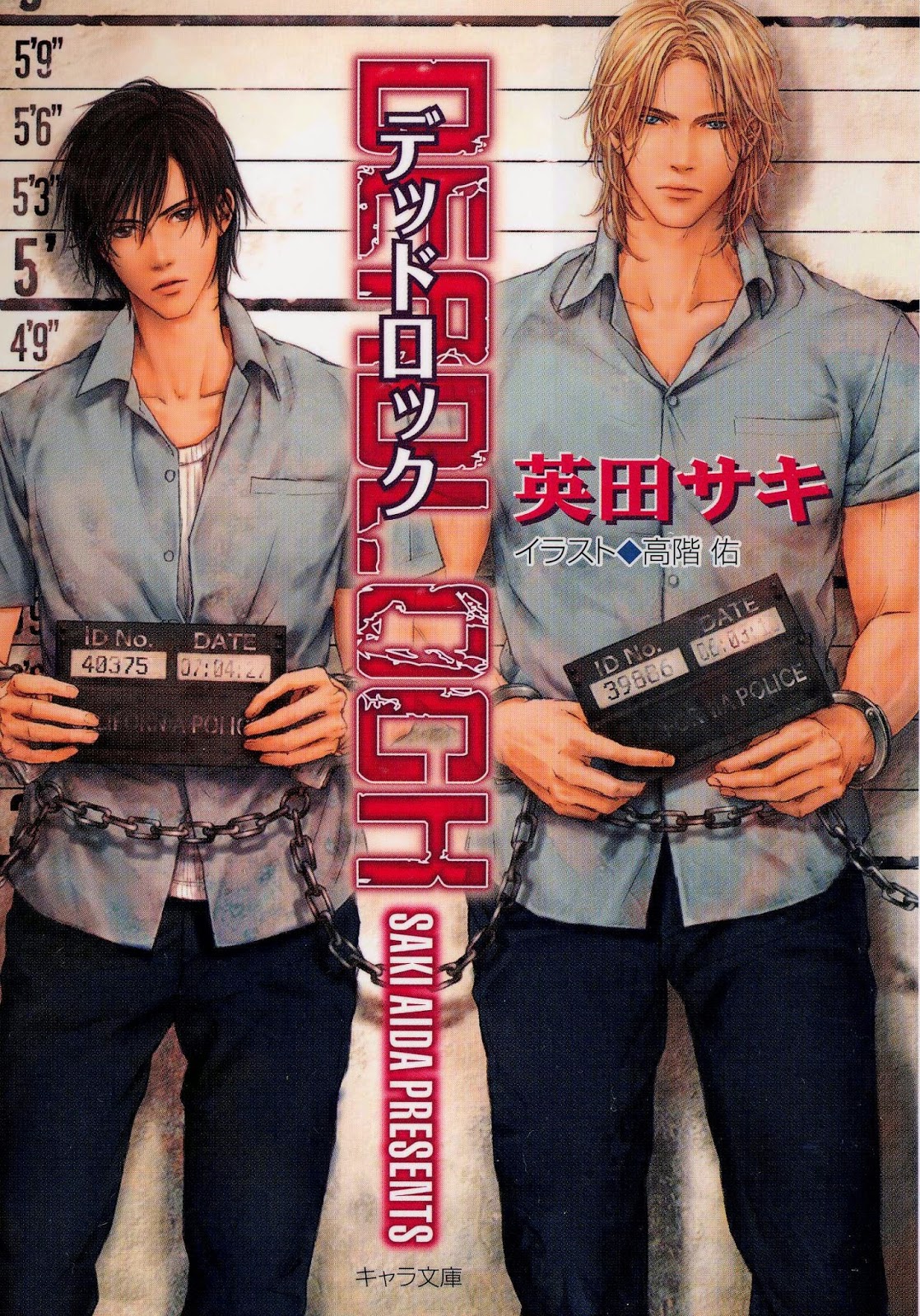 Welcome to BRB, everyone! I decided to write another book review and pass on a few announcements. First, my guest this week, author Morticia Knight, has an article to share. Can’t wait! Also, I have a book cover reveal this month for my upcoming release The Ideal Side of Life, which I am extremely excited about. The cover is gorgeous! It’s the best one yet. :) Jacqueline George will be back with another interesting article and naughty excerpt. For those who aren’t aware, Jacqueline is a dear friend and she lives in Australia, and just recently her town was hit by a major storm, I think she called it a typhoon. Anyway, that's why she didn’t post last month. Well, I wish you the best, Jacqueline, and I hope everything is back to normal. One last tidbit, I just bought a new movie, which I also intend to review, Behind the Candelabra. The previews looked great!

Based on the hit novel of the same title published in 2006 by Chara Bunko, the Deadlock manga written by Saki Aida and illustrated by Yuh Takashina seriously took my by surprise. Not only is the plot more in-depth than 90 percent of the mangas I’ve read in my life, it evolves from chapter to chapter, dragging the main character, Yuto, deep into a cesspool of human depravity – a prison system – he can’t escape. 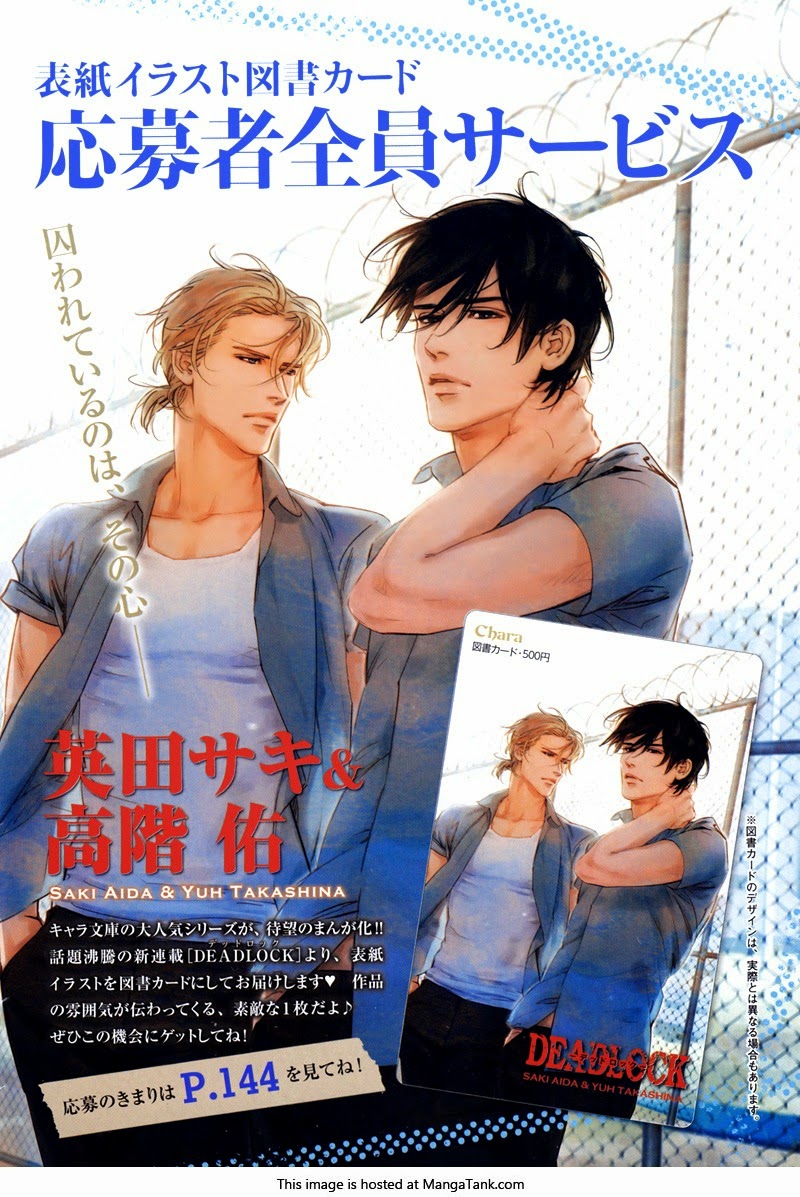 Former investigator for the DEA, Yuto Lennix is wrongfully incarcerated for the murder of his partner. And on the first day an inmate threatens him, while another, Dick Burnford, saves his life. Dick becomes his new cellmate and they strike up an odd relationship. Then he’s given an offer that he can’t refuse: find the terrorist cult leader who’s hiding in the prison and he’ll immediately be released.

Honestly, I was hooked from the first few pages and had to continue reading. Yuto is a stand-alone character – strong, independent and attractive, as is his cellmate, Dick, although I haven’t quite decided whether his intentions are truly benign as they appear. Of course the language and prison jargon is exactly what I expected, and as for actual sex, at this point, there isn’t any. However, I do sense something lies under the surface between Yuto and Dick, at least the story seems to lean that way. And, if the artwork on the internet and the manga label (yaoi) are any indicators, I assume the story will produce the M/M sex. As for the art, it’s really beautiful. Yuh Takashina does an amazing job, creating a signature style, that I’m positive we’ll see more of in the future. I can’t wait to read the next manga! I loved Deadlock :1 and give it 5 stars!