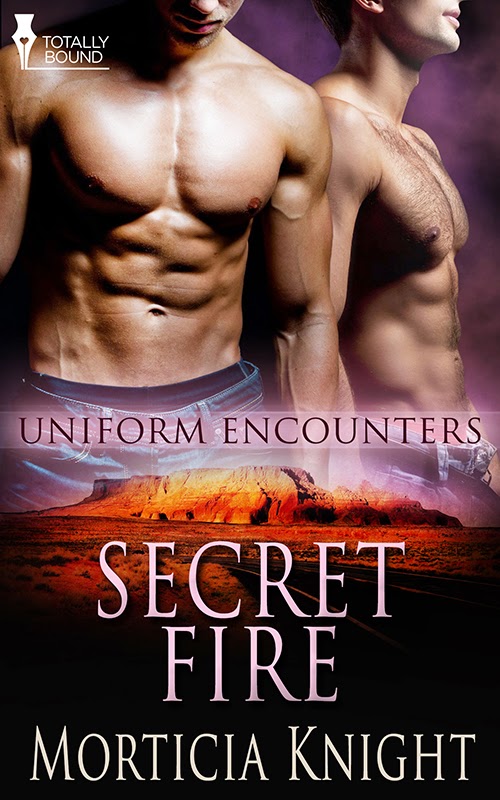 Welcome to BRB, everyone! I think it's wonderful when authors share their talent and expertise. My guest today is M/M & MMF author Morticia Knight, and she's a lady who's willing to share her talent. So, let's get started!

Great to have you here, Morticia. What genre do your currently write? And, is there a genre you'd like to write, but haven't tried yet?
MK: I’m pretty much all M/M all the time. I have some MMF stories outlined, but I’m not ready to work on them quite yet – I have published a few MMF shorts. I also have a dystopian/sci-fi MF (of course, the ‘M’ is an alien – lol) that I’ve completely outlined and am about 30K into. However, it would be a mainstream new adult. I’m not even sure I’d classify it as romance either – something I’ve never tried. I haven’t the faintest clue when I would ever write that. Not only because of time constraints, but the backlog of M/M stories I need to tell is huge and pretty much all I care about right now!

Many authors use a nom de plume, and they may use one opposite to their own sex. Do you think an author's sex or sexual orientation should dictate what genre they write?
MK: Not at all. I think an understanding of human beings should dictate it.

Some authors have issues with character development, writer's block, plot summary etc. What is the biggest challenge you face when writing? How do you overcome the problem?
MK: Lack of sleep. Just kidding – sort of… Lately, it’s been about being in the mood for the particular story I’m writing. I love writing. I could seriously spend every single day writing and reading and be uber happy. However, I might have a BDSM historical that is on deadline, but I’m in the mood to write the hurt/comfort contemporary idea that randomly popped into my head while I was in the shower. The only way I can deal with it – so that I don’t write flat and fail the reader – is to read what I already have written and/or read other books with the same theme that I’ve enjoyed. Get back in the groove.
What has been the single most successful marketing tool you've used to date?
MK: Out of all the social media platforms, Triberr has greatly increased the traffic to my blog. I enjoy being on social media to connect with people – but I don’t know how much of a marketing tool it really is. I suppose anything that gives you a presence is valuable.The one thing that I’m just now seeing as being more beneficial than all of the other things combined - is going to conferences and meeting people in person. Unfortunately it’s also the most prohibitive tool since it’s so expensive!
If you had to live as one of your characters, which one would it be, and why?
MK: Juan from Studio Orders. The level of peace and happiness he reaches with Vincent is amazing, and the overwhelming love and care Vincent showers on him is wondrous. Oh – and there’s the smokin’ hot sex too – mustn’t forget that!

While writing, have you ever drawn from personal experience, and why?
MK: Yes, in many ways. I especially like to use the jerks from my past and get revenge on them in my novels. Mwuahahahaha! But I’ve also used instances and situations where there has been bigotry or homophobic statements. A lot of progress has been made, but like the Civil Rights Movement, things such as abolishing “Don’t Ask, Don’t Tell” don’t automatically change the stance of people filled with deep-seated hatred and bigotry. It’s an on-going process to promote love and acceptance, and one that we can never take lightly.
Just for fun–

What is your favourite colour?
MK: Purple – especially dark purples.

Which do you prefer: a little left to the imagination or explicit?
MK: Give it all to me, baby.

When you first met your partner/spouse/lover what drew you to him or her first?
MK: Which one? *snort* Usually, it’s a person’s sense of humor, their smile, the twinkle in their eye. After that, there’s that intangible spark or attraction that is a complete mystery to me. Oh, and a great ass.

If you could spend the day with any famous author, who would it be? And, why?
MK: Stephen King. I just have to wonder what the hell he’s all about. He’s probably real average – picking up milk at the store, reading the paper, watching game shows. I don’t know where I got the game show thing. Right now, he sounds more like my mom. But I’d like to believe that there was something amazingly twisted about him!

Police officer Zach and Fire Marshal Daryl would be perfect together—if they would ever quit fighting long enough to find out. A devastating fire and the secret behind it almost keeps them from getting what they really need—each other.

Mesa police officer Zach is a fun-loving guy. Now that he’s hit the big three-oh, he’s looking to stop the hook-up train and find someone he can get serious about. When a mutual friend suggests Fire Marshal Daryl, Zach assumes he must be joking. The surly marshal has given cranky a new meaning. It’s unfortunate, though, since he is one fine-looking man.
Daryl has sworn off relationships ever since he caught his ex-partner cheating. He’s always taken everything in life seriously—from jobs to relationships—and is afraid he might be alone in that regard. Certain he can’t risk love again, he panics when he sees his secret crush Zach approaching him at a police versus firemen softball game. He’s nervous, as he is socially challenged with a tendency to blurt out the wrong things. It gets worse when he realises their shared buddy gave Zach a push. He assumes that Zach is only talking to him out of pity.

Zach has been pissed off at Daryl ever since they got into a verbal sparring match at the park. Yet, when Daryl comes to his aid during an explosive fire, Zach wonders what secrets might be hidden beneath the layers Daryl has built to protect himself from the world—and love. A night of passion turns into the possibility of something more as they struggle to find their way to one another. But all of that is threatened when there is a devastating fire that causes many people to lose their lives. As they work together to uncover the truth, someone thinks they’ve asked too many questions—and plans to stop them before they can ask any more.

“You want me to grab us another beer? There’s something I’d like to discuss.”
A look passed over Daryl’s face that appeared to border on fear.
“Is that because I’m going to need it?”
Already standing, Zach bent to give him a quick peck on the lips. “Relax. It’s nothing bad.”
Looking uncertain, Daryl nodded. After getting the beers and sitting back down again, Zach considered Daryl. The vulnerability in him was more present than ever. And the seriousness he had initially assumed meant that Daryl was boring and hostile, Zach recognised as being something else entirely. It was actually more of an indicator of the depth of feeling inside of him.
A person I can get serious about.
That didn’t mean they still shouldn’t discuss things—especially things that related to the intimate part of their relationship.
“Last night was easily the best, most erotic, satisfying night of my life.” He chuckled. “Especially once we got to the part where I was satisfied.”
Daryl frowned. “But?”
“Um, so, are you like a Dom or something?”
Daryl widened his eyes. “What? You think I got a dungeon in the garage along with the treadmill?”
“Don’t dungeons need to be underground?”
Daryl shook his head and rubbed his hand across his beard. “I don’t know what is involved with dungeon etiquette and I’m most certainly not a Dom.” He frowned at Zach. “Is it that you like to top too?”
“No, that’s not it at all. I’m perfectly happy with the assignment of roles in our relationship. I was just curious because that was pretty intense last night. I’d like to know what to expect, what you expect from me.”
Zach could see that Daryl was lost in thought, frowning, his lips pressed in a hard line. “You really liked what we did last night?”
“My God, yes. I don’t know how else to express it to you.”
He nodded. “Then would you like to experiment some more with me, doing things like that?”
Zach sucked in a deep breath. He was trying to remain detached and conversational about the whole subject but his dick had its own ideas.
“Define ‘things like that’.”
Daryl shrugged. “Whatever you want.”
“How about whatever we want?”
“Yeah, okay.” He paused, a struggle seemingly going on inside him. “Just so you know, I’m not a true BDSM guy or anything like that. But I like being the top, controlling my man, controlling his pleasure. Things like tying up, blindfolding.” Daryl coughed and wiggled in his chair, his face flushing. “If you ever wanted, I wouldn’t be averse to trying other things like spanking or… You know…plugs, dildos, whatever you want.”
After Zach was sure that his jaw hadn’t hit the ground of the bar, he gaped at Daryl. He rubbed the back of his neck and glanced about the room, his embarrassment a tangible thing.
“Fuck.”
Daryl peeked at him. “Too much?”
“Not at all. I haven’t done a lot of that stuff before, but hearing you talk about it leads me to suggest we get the hell out of here, put in some practice then do some shopping online at Kinky Toys R Us.”
“Is that a real shop?”
“I have no fucking idea.” Zach stood. “Let’s worry about it later.” He clapped his hands. “Why are you still seated? Let’s go.”
Daryl snorted. “I enjoy you, Zach.”
“I’ll be more enjoyable tied to your bed. Time’s wasting.”
Daryl shook his head. “Whatever you want, darlin’.

Thanks for stopping by, Morticia! Love the hot excerpt! ~ Blak Rayne
Posted by Blak Rayne Books Blog at 11:05 PM