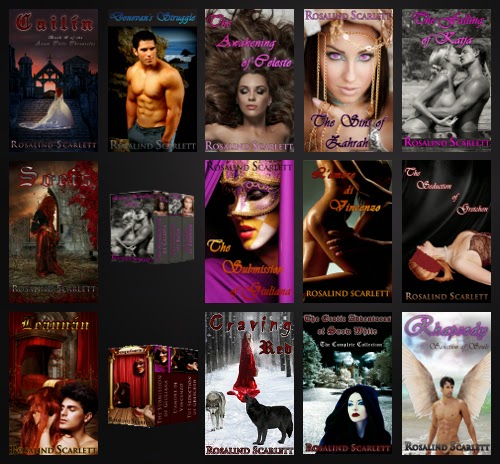 Not really preferring to consider myself one of those who jump on the first bandwagon that rolls by, I tend to be late coming onto the scenes of new fads. But after a while, curiosity always seems to get the better of me and I will do a little investigating as to just what makes a particular fad so compelling. Maybe it’s the psych major in me taking over.
This is what happened to me with the latest BDSM erotica craze. As usual, years late in coming to the game, I have finally become curious as to why it is so popular. As I have now ventured into writing a few BDSM stories of my own, I feel it is important to understand these things.
My first thought was, ‘what about all these strong women who had fought for so long for equal rights, as well as to be seen as equals in the workplace and society as a whole’?
Well, after pondering it, I realised that was exactly why this craze has become so appealing.  After having a few decades to settle into their newly earned roles, and men in turn adjusting the way they treat women according to these politically correct conventions, I believe women may actually be missing some elements the traditional roles offered them.
That, of course, is not to say that they wish to give up their right to work and to be treated fairly. However, I think all the side effects which accompanied those major accomplishments, such as more assertiveness in the bedroom and in relationships, while at first prized, have now begun to grow old. The novelty has started to wear off.
The sexual revolution of the 1960’s & 70’s for the first time in history enabled women to enjoy not only holding their own in the bedroom, but even exerting their power over men and for men to in turn reap the novel enjoyment of this role reversal which led to the popularity of the Dominatrix fad in the 1980’s & 90’s.
Women now have more power and secretly yearn for that confident dominance of a man again, for someone to take charge. And due to the loss of chivalry which seemed to be consequential to these other changes, a sad majority of men no longer know how to treat a woman like a lady, or don’t realise they actually might still desire such treatment. Despite their outward protests, I believe most women still have an innate desire to be treated as though they are treasured, doted upon, and pleasured.
In addition to this, as a result of adjusting to the power of women, men have taken a step back in their sexual roles. With many intimidated by strong, successful women in the workplace, the pressure to treat them as equals, along with the overzealous concern about sexual harassment issues have essentially caused many men to revert back to frightened adolescents when it comes to sex. They are essentially afraid to use their masculine assertiveness, afraid of offending, afraid of rejection, and afraid of being sued, for that matter.
So, as with everything else, women today want it all. While they appreciate the equal treatment and modern rights and freedoms today’s women have, they also find themselves desiring to, at times, again be that submissive woman who is deliciously dominated by a strong, sexually assertive male who takes care of all of her needs, sexual and otherwise.
I have no idea how it is for those truly engaging in the submissive lifestyle role, but I think that for women merely enjoying reading the fantasy of such a lifestyle, it is for them a beautiful escape, more than even the general reading of a story provides, for if she really is able to put herself in the character’s place, she rids herself of the stress and pressures of responsibilities which most women in today’s world find themselves burdened with. To imagine being a woman whose sole responsibility is to please a  beautiful man who in turn treasures her and takes care of needs she didn’t realise she even had surely is an appealing prospect! It’s like taking the former glory of the Harlequin romance novel days and modernizing it to address the more varied and oft neglected needs of today’s women.