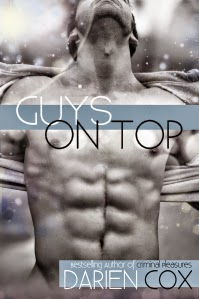 As you probably know, and as I’ve mentioned before, I don’t generally read erotic romance. Well, romance period. But, on the rare occasion when a novel does spark my interest, it’s usually because I’ve reached a point where I desperately want to read someone else’s sex scenes instead of my own. Though I love my characters and enjoy writing about their lives, reading my own stories over and over, in particular during editing, becomes a monotonous process. And if I’m not careful the muse goes stale. For me, reading helps hone my skills as an author and provides an escape route from everyday life; books hold a wealth of knowledge.

I’d decided to take a break from revising Devotion and gone on to write a couple chapters of a new novel I’m working on. Of course, after a few hours, I’d grown weary of writing and took a break. Usually, when I take a break, I’ll wander away from the computer, or I'll snoop through Amazon to see what’s out there for books. The novels labelled ‘look inside’ are the only ones I bother with. I prefer to read whatever percentage is viewable, and if what I’ve read is desirable I may consider buying it. Honestly, I know immediately if I can handle reading the book, within the first few paragraphs. Covers, though essential to market a novel, can be deceptive, and I rarely, if ever, buy a book based solely on its cover.

On the day in question, I was perusing gay romance, and Guys on Top written by Darien Cox happened to catch my attention. Not because it had a spectacular cover, I’d read the blurb and decided to 'look inside'.

Guys on Top is a self-published novel – the story of Doug: an average, down-to-earth guy who seems to know what he wants out of life, having survived a bad relationship. And because of that bad relationship, he’s had to start over, and decides to rent a suite his brother has picked, on the ground level, in a Victorian home. The first five nights aren’t the greatest, as the tenants above him like to party. He can’t sleep and complains to his brother, who ends up leaving a message with the landlord, unknown to him. Next thing he knows, the neighbour from upstairs leaves a letter at his door.

After that he winds up at his brother Wyatt’s for dinner. Yet again, unknown to Doug, Wyatt invites a male nurse, Jairo, to dine with them. The man is handsome, not Doug’s type, but they hit it off well enough to go drinking together. A little later, while at the pub, the story really gains momentum when Doug meets Stewart.

Doug and Stewart are extremely likable characters, Corey not so much, which I don’t believe he was meant to be anyway (Stewart's lover); Doug drew me in and maintained my attention throughout the story, a hundred and eighty-eight pages that I read in an afternoon. Although both men are attractive, and the whole ‘getting to know one another’ was sweet, the journey turned out to be predictable. The author added just the right amount of sex scenes – each well written and hot. And a touch of romance. What I found annoying towards the end was the over usage of names and dialogue tags, basically, a need for stricter editing. There were points where I became somewhat confused, and I had to read certain sections twice; it felt as if the author had switched from Doug’s POV to another character, even though it wasn’t intended.

Guys on Top is a simple, contemporary story of an average man, Doug, who struggles to reclaim his own identity and find a decent partner, better than the ex that ruined his life. If you like an easy read, GOT is for you. For me, I wish the plot had had more oomph, a twist, something. It was too bland. 3 Stars.