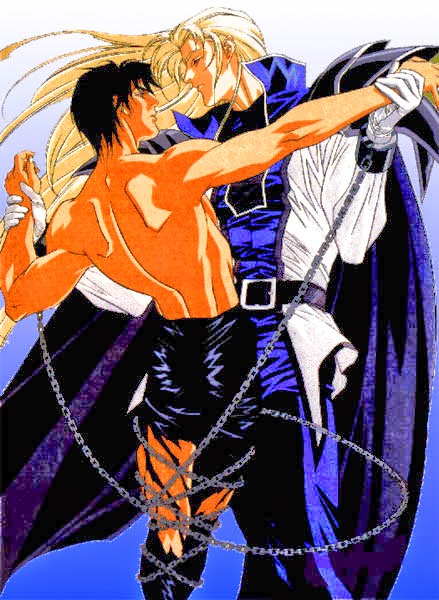 Welcome to BRB, everyone! My post is a little late to hit the blog today. But, I've been extremely busy, too busy it seems. I'm still working fastidiously on my revisions, while my newest release is with the editor, and I've had a mass of paperwork to do. That's what happens when you run your own business and try to write at the same time.

Anyway, my post today marks the beginning of similar posts to come in the future. I hope you find it somewhat interesting.
'OVAs have been around for decades. OVA means ‘original video animation’ (not the plural for ovum), it is an animated movie released as ‘direct-to-video’, which translates the movie hasn’t had prior theatrical or TV viewings.' 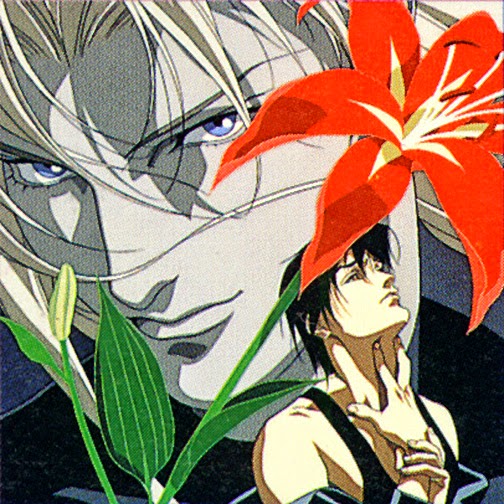 My awakening happened in 1998. I was surfing through the Internet on a friend’s computer (because I didn’t have one of my own) when I happened to come across these unbelievable Japanese manga pictures. I’ve been into anime since childhood, and I’d seen some Yaoi images, but nothing quite like Ai no Kusabi. It was love at first sight. The story and characters were amazing, and I was instantly hooked. It was the very first yaoi OVA that I watched. After downloading every picture I could find, I took an interest in writing yaoi-based novels, which was a departure from my usual fantasy, sci-fi, and fiction writing.

As an artist myself, I find Japanese anime/manga to be unique, beautiful, and unparalleled in the animation world. To this day Ai no Kusabi remains my favourite yaoi. Iason Mink and Riki are gorgeous. In my opinion the art work in the original OVA is the best and the new OVA (released in 2009) doesn’t quite do the characters justice. But, I can certainly prevaricate how it has capture a younger audience. Us older-timers almost always prefer the originals.

Written by Rieko Yoshihara, Ai no Kusabi, which has several English translations, ‘Wedge of Interval’ or ‘Love’s Wedge’ is a sci-fi drama. The central characters are Iason Mink (seme/blond) and Riki (uke/dark). These two men meet by fate, and Iason, though considered above the slum dog, Riki, ends up falling for the young man. Of course the sex is borderline abusive in the beginning, but that soon fades. These two men have quite the history together, as you discover later, and their relationship seems to be in constant peril spanning a long period of time. Soon as they reach some type of understanding, and Riki begins to accept the love that he holds for Iason, someone tries to destroy their relationship. If you're looking for humour, a huge climax, or maybe a happy ending, move on my friend. The story doesn’t have any of those qualities. Ai no Kusabi is dark, dramatic, and bitterly sad. Believe me, I cried at the end. But that isn’t to say the story is poorly written. ANK just doesn't have a happily-ever-after, which is rare but remains true to the original yaoi guidelines. The very first Japanese homoerotic stories didn’t have happy endings. Most were filled with angst, and if you’re a yaoi fan you know exactly what I mean. LOL

When I first discovered ANK, no one had heard of it–well Western culture knew little of the Japanese yaoi world at that time, anyway. Now, things have changed with the spread of the Internet. The are over 99,000 websites dedicated to, or have pictures/write-ups, or mention Ai no Kusabi. Yes, I said 99,000–unbelievable isn’t it? The author Ms. Rieko Yoshihara, passed away, and wherever she is, I'm sure she's thrilled with her novels success. If you're interested in learning more about this yaoi, the first website is totally awesome, one of the best I've ever come across, and I’ve come across quite a few! LOL Ai no Kusabi has graphic sex, gorgeous characters, realistic plot, and sad ending; the story sticks to its yaoi roots. 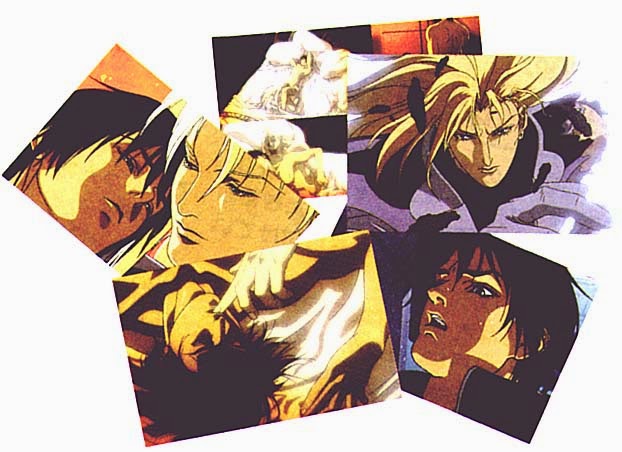