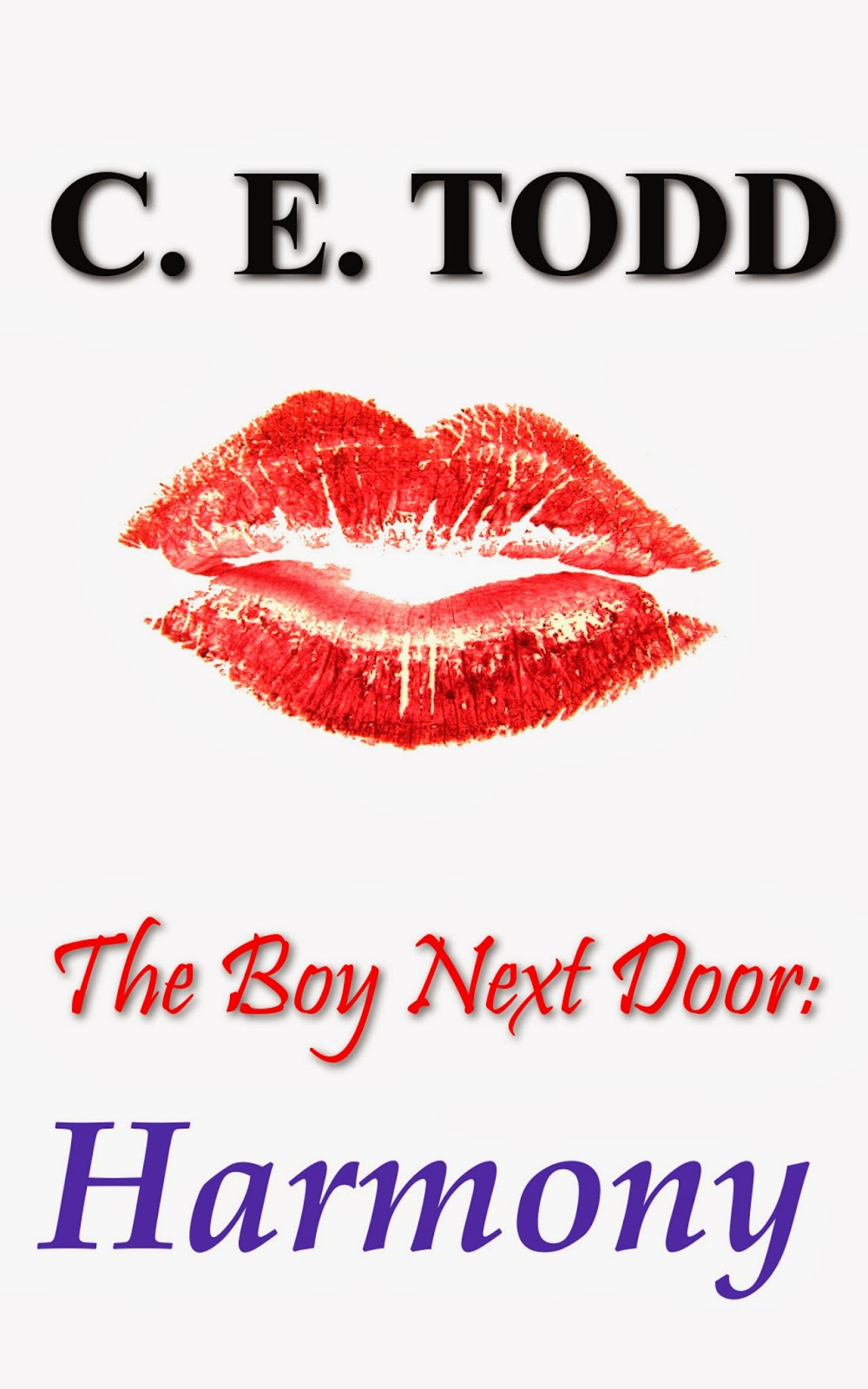 The Boy Next Door: Harmony

Alone, her life on hold, Christine is left with one choice: whether to buy a motorcycle.

Who would've thought something as innocent as buying a motorcycle could complicate life so? As Christine cleans her motorcycle one afternoon, Tom stops by, and the rest, as they say, is history. Christine Metcalf's quiet life as a doctor's wife is not so quiet lately. Since her husband threw himself into his career, after learning he couldn't father children, Christine has been left alone. Christine buys a motorcycle, and begins to look at her neighbor Tom in a new way. Just as Christine begins to connect with Tom, a sudden revelation raises important questions. Will Christine be able to see Tom? Will their relationship survive?

It was hot that late-August evening, the kind of hot that makes you wonder if you really could fry an egg on the sidewalk in the afternoon, and disappointed that the air was too still to hot to cool you down when the sun began to set.  I decided to check on my motorcycle, the one thing it seemed she could count on lately, and maybe go for a ride.  I walked into the garage and, sure enough, there it was, just beckoning to me.  Sleek, black, and decidedly not girly.  Some, like Sandy, my checkout lady at Kroger’s, “just weren’t sure.”  I wondered what, exactly, they weren’t sure of.  As I wheeled the three-wheeled motorcycle out of the garage, I smelled new mown grass.  That was one of the things about the dog days that I enjoyed – that smell.  As I looked up, I spotted Tom, the next door neighbor’s son, and one other thing that I enjoyed about the dog days, mowing the lawn.

I paused to watch.  There wasn’t much pleasure in my life lately.  Glen, my husband, has thrown himself into his medical career, volunteering for extra rounds at the hospital.  Things had been this way since they – well, he, actually – decided to try to have a family.  I always wanted a family, but I just didn’t count on Dr. Metcalf being an unmitigated control freak.  Thankfully, dear Dr. Metcalf’s swimmers weren’t swimming as well as he’d hoped, and since then, my life became a bit more relaxed.  Maybe the word is “routine.”

There was some mud on the fender, so I decided my bike needed a bit of touching up.  My cutoff jeans and t-shirt would work fine for washing the bike, so I wouldn’t even have to change.  I ran my hand under the garden hose as I filled the bucket, and then felt a sigh of relief as I wiped the hand over my sweaty forehead.  I looked up, and glanced at Tom again as he pushed the mower back up his lawn.  His hair bounced in his face as he struggled up the hill.  His back muscles glistened in the evening sun as he strained to push the lawnmower.  His jeans hung seductively on his hips, not needing a belt.  As Tom’s hips moved, and his jeans didn’t, I wondered if I’d be lucky enough that he might just walk right out of his jeans.  And that lovely ass.  Small, taut, and delicious.

I began to hose down the bike, and slather some soap along the seat and gas tank.  I heard the lawn mower stop.  Tom was rolling the mower into the garage, apparently done for the night.  Well, it was a good show while it lasted, at least.  I returned to my duties, slopping soap onto the engine, some water splattering onto my shirt as the rag flopped here and there.

I watched Tom come out again, a glass of something in his hand, and sit down on the porch step of his house, running the glass over his forehead.  I thought back to church, and the campouts I’d shared with Tom and his friends in youth group.  They were a smart, curious bunch, and it was particularly rewarding to me to be a part of their upbringing.

“Hey, Ms. M.  You look hot.” Tom stood on the other side of the bike.  I glanced up over the seat to see a stunning, hairless, tan chest, with a six pack leading down to a little v-shape that led to . . . .  Church, Christine.  Think of church.  “I mean, I brought you some lemonade.”  Tom held out a glass.

I swallowed hard, feeling my heart beat too quickly as I stood.  “I’m sorry.  Lemonade?”  My thoughts just now returning to reality.  “Sure.  Thanks.”  I took the glass, staring at Tom, and drank quickly, tilting my head back slightly and closing my eyes.  I sighed, and opened my eyes.  Wait. Was he …?  He was.  I watched as Tom glared stupefied at my chest.  I looked at his eyes, waiting for them to return to mine.  Eventually, they did.

Posted by Blak Rayne Books Blog at 8:28 AM