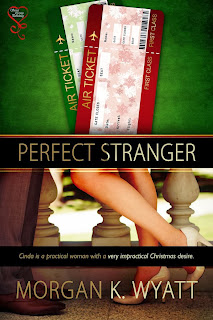 Romance among the Thirty Plus Set
By Morgan K Wyatt
This weekend I went to a book signing. Some of the participants had read my books. A few thanked me for featuring women over thirty. They were tired of women barely out of high school as heroines. The obviously over thirty women thanked me and left with new books tucked under their arms.
I never thought of my heroines as old, but I did intentionally make them between thirty and forty years old for a reason.  As I age, I realize I am still a vital person interested in life, romance, and sex.  It makes sense that other women would have the same interests.
According to the census, there are more single women than married over thirty. With that in mind, wouldn’t these same women want to read about vital women close to their age finding love?  That’s the main reason I chose an older heroine, but there are other reasons.
Think back to how easy things were in high school or college. Trust me, you didn’t think they were easy then, but they were. As a grown adult with a job, sometimes kids, and a troublesome ex life becomes more complicated. That the second reason for an older heroine. It is hard to juggle all those elements, but real women do.
The final reason is an older woman has both baggage and experience.  She might be measuring every man by her previous relationship. On the other hand, having lived, loved and lost, she knows when she has something good. Similar to Cinda in Perfect Stranger who yearns for the man she met while waiting for her flight. Here’s a tiny taste of the novel.
Cinda dropped her friend’s hand, well aware that her chaperoning duties were probably finished for the night. She’d find a flute of champagne and a seat in an out of way place. Only there seemed to be all these men in her way. She tried to squeeze by one broad shouldered man dressed like a pirate only to have him catch her hand and kiss it.
The pirate placed her hand on his heart, declaring, “The Lady Emeraude has captured my heart.”
A Roman Centurion with a strong chin jostled the pirate, making him release her hand. “I saw her first. You only managed to get here quicker because of your rapier. I was forced to use manners.”
A vampire headed her way. Grinning and, showing his fangs. Was this what it was like to be glamorous? She felt a bit like a greased pig all the kids ran after at the end of the rodeo. On her other side was Romeo, who waved at her with a lace handkerchief. Her eyes cast around the room looking for some sort of rescue.
A man stood in profile near a tall floral arrangement in a business suit, no mask, hands in pockets, and a somewhat bored expression. He looked nice, a little familiar, then he turned and looked straight at her.
“Jack!” The word popped out of her mouth before she fully recognized him. His head came up. The vampire reached her side, introducing himself. “They call me Count Dracula, but you may call me Vlad.”
Sheesh. Costumed men don’t give up easy. She turned in the direction of where Jack stood looking confused. He took a few steps in her direction, but stopped, warned off by the look of death from the ghoul beside her. “Gee, Drac, I need to say hello to my husband, Jack.” He stepped back at the mention of a husband, melting back in the crowd.
Taking four determined steps, she reached Jack’s side. He had a nametag on his lapel that read ‘Hello, I’m a conventioneer’. “Jack,” she whispered, startling him. Placing a hand on his shoulder, she leaned into him and kissed him on the cheek. “Sorry, I had to do that.”
He smiled. “I’m not sorry, but why did you have to do that.”
“Could you pretend to be my husband? I’ll explain.” She tucked her arm through his to cruise the perimeter of the room where noise level was a little less. “Well, ah, that vampire was practically drooling on me. I had to get rid of him, saw you, and…” She coughed a little in her embarrassment. What seemed like a good spur of the moment plan just seemed odd now. “I said we were married,” she finished in a rush.
“Okay.” He patted her hand tucked in the angle of his bent arm. “Are we happily married or should I pick a fight?”
“We are very happily married, even newlyweds,” she teased back.
The band broke into a swing number as the singer crooned about flying away. Jack led her onto the dance floor. “It is only fitting that I dance with my wife, especially being newlyweds.” He winked as he took her hand.
They twirled around the floor past Raven and Jeb, who only had eyes for one another. Jack could dance, but he always could in her fantasies.
www.morgankwyatt.com
www.writerwonderland.weebly.com
Dangerous Curves-when romance takes an unexpected turn
Available Now!
Posted by Blak Rayne Books Blog at 10:00 PM