Rebound: It's Not Just For Basketball #adult #fiction #book 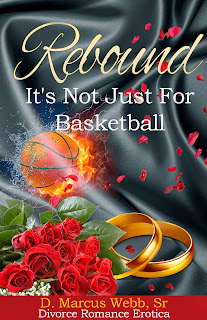 Rebound: It’s Not Just For Basketball
By D. Marcus Webb

Explore the prequel of a trilogy series of Aaron Simpson and his two best friends as they quest for real love after divorce. Come with them on their erotic journeys in and out of flighty and serious relationships. Will they be able to love or even trust again? Will they be able to close the post-marriage baggage era and open up some new, exciting and fleshy hot rendezvous? Stick around and see from a male’s perspective. Aaron Simpson is a computer software engineer in Colorado Springs, CO. Newly divorced, he is continually healing with the help of his co-workers and his new girlfriend. He discovers there is hope for another intimate long-lasting relationship. This prequel is the beginning point of the Rebound series.

Later in the evening, acting on impatience, Sherri just went for broke and walked over to Aaron, grabbed his face with both hands and planted a kiss on his lips. Aaron definitely wasn’t ready and slightly pulled back startled. Sherri looked perplexed and started to back away. He got up to reciprocate grabbed her face and planted a soft kiss on her lips.
Sherri couldn’t control herself and slid her tongue through his lips and initiated the tongue dance between them. ‘His lips are so soft,’ she thought. There was not wondering going through Aaron’s mind. His junk was beginning to pull blood from his brain. He tried to be cool and move his pelvis in the opposite direction away from Sherri, so she couldn’t feel his ever-growing erection. Not yet at least.
She gently held his hand and pulled him into the bedroom. Aaron had never seen so many pillows on a bed. It did look inviting. They stood and kissed. He spun her around and with her back to him. He pushed her over the bed. Keeping his palm on the small of her back, he gradually began grinding his clothed pelvis onto her up stretched ass. He could hear her breathing slowly increase.
‘This is the most fun I’ve ever had with my clothes on,’ he thought. Aaron changed his direction from a circular one to a full back and forth assault. He could feel the increase of moisture between the two clothed areas. Sherri reached back and Aaron grabbed her hands allowing for the assault to really rock the bed. Before they both knew it, she had orgasmed. The only way he could tell was that her breathing actually stopped, followed by a primal growl.
She never uttered a word about stopping but Aaron could feel that his dick was beginning to chafe. So, instead of stopping, he slowed down his pace. Sherri must have come at least two times before he stopped. He had never experienced this with his ex-wife.
As he stood there, she just laid there, thinking ‘This man made me come with my clothes on. What the hell?’
Aaron retreated from her ass and, without a word, Sherri got off the bed and took all her clothes off. He followed suit. She quickly pulled back the bedspread and sheet and dove into the bed. He uncovered her, and on her back, pulled her to the edge of the bed.
Grasping his dick in his hand he directed the tip to her exposed and swollen clitoris. Then, rhythmically, he gently rubbed the head side to side along the hood of the clit. All the while, he moved his hips in unison with the assault. Once again, her breathing became louder and heavier. After a few minutes she stopped breathing, her body contracted and she started that growl. Man, this woman was sexually charged.
Changing it up, he now rubbed the head up and down, flipping the hood of the clit up and down like a tiddlywink. It was so much excitement that he ejaculated all over her stomach which she reached down and rubbed into her body like cleansing cream. Once again, this woman was hot. 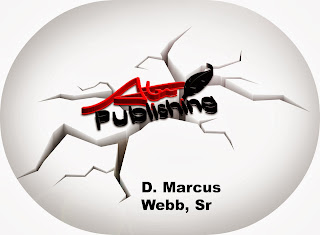