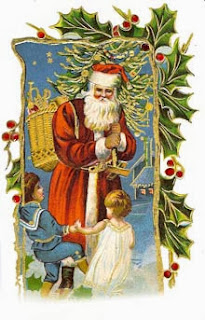 This holiday season, I'm hoping that all of you find time for your family and loved ones. We all too often forget just how fast time can pass us by.

Myself, I'm turning fifty-years-old after the new year, and wondering just how in the hell that's possible! I'm not fifty! I'm not!

Okay, not yet. But, still. Fifty! How? It wasn't thirty-two years ago that I graduated high school, was it? It was really thirty-six years ago that I first entered that massive building, and began those four years? Then that means it's been forty years since I moved in the middle of sixth grade?

Yet, here I am, a list of folks in front of me that I've been searching for these last few months in preparation for my thirtieth high-school reunion. Amazing!

So don't let this season pass by and not reach out to those around you, and those behind you. All too soon, you'll find yourself sitting in a chair, thinking, and wondering how you've managed to put so many years behind you. And regretting those many times you could have created memories, but instead, left an open hole in your life.

That said, I'd like to use the rest of this article to answer some questions that I tend to get more than once. Some are rather silly, but I get them from time to time, and others are very limited in scope. I'm hoping these will answer some questions you may have, regardless of not knowing me or my stories. So let's play ten questions.

#1) How do you come up with the ideas for your stories?

Different ways, to put it simply. To be more detailed, I don't really come up with them, so much as remember them when they come to me. Sometimes, an idea comes from nowhere as I try to sleep at night. I have a small notepad I keep by the bed, and I have no qualms about turning on the light and jotting down a few notes. Other story ideas come from reading other authors' stories. I'll sometimes wonder what would have happened if a character had done something other than what the author had them do. I'll let my imagination run with it, and it may become what I think is a good idea for a story. Once in a great while, I'll simply put on some music and let my mind wander, thinking about things the music reminds me of. That's also an answer to the next question.

#2) Why are so many of your stories about teens or college students?

Mostly because that was the most interesting time of my own life. Also because I wrote a great deal in a journal during those years of my life, and wrote a large number of stories then, mostly fantasies of what I wished was going on in my own life, instead of what was really happening - or not happening. Also, because I like to listen to music from that time, and the music will create thoughts and images of my life then, and spur story ideas from those.

#3)  In your Circulatim trilogy, you say The Circle stories are based on your journals, and that Alex is loosely based on yourself. How much of Alex's story is from your life?

Aside from saying, "See above," I would say that Alex is the guy I wished that I was. Alex has more intelligence, insight, musical ability, and friends than I ever did. He also has more guts and is far more open about his sexuality. Some of his friends are based on some of my friends. Other than those things, he is a fiction originally created in my journals, then the stories I wrote of what I wished my life was like.

#4) The Circulatim series is huge! How long did it take to write it? And how big is it?

Thirty years. Honest. I first wrote it when I was sixteen. Or, rather, I wrote parts of it. It was a much shorter story, and I thought it was something that would remain in my footlocker my entire life. Over the years, I've taken it out a few times, worked on it, and then put it away again. In 2001, I took it out, put it into computer, and seriously set to making it a serious story. Four complete rewrites later, I shared it, got offers to help edit it, and began that chore. It's finished form is just over one million words.

#5) Will there be more of Alex and his friends after the trilogy?

Yes. I have ideas for three more stories, though not another trilogy. Three separate chunks of time in which Alex goes through a different kind of life-lesson and adventure. Then there are other side stories as well, where Alex is not the main character, but instead, we see him through the eyes of others. And a couple of stories of the larger characters from Circulatim where Alex doesn't even appear.

You get started. I think everyone has a different way to write, and you have to find you own method. Try putting your idea down as notes, then start filling in those notes. Then fill in the story even further. Write and write and write. Find out what works for you. Maybe you should just open a blank page and type, and see what comes out. If you have an idea for the story, start with that idea, and outline how you want to tell it. What happens in what order, and what happens on the side of the main story, and when. Don't forget to keep a list of your characters and their description and traits.

#7) Where do I send or share my story to see if anyone likes it?

There are many story sites on the net. Pick the ones that publish stories like yours, and when your story is ready, have some of the members there read it in private by asking for beta-readers, then ask what they think. Work with the ones that give you ideas and constructive criticism that you can use. Polish the story, get it edited, then send it in. And of course, share your story with friends who have similar tastes. Get their real opinions of it, and make changes you agree on. Never turn down advice. Even ideas you don't agree with can give you another good idea to make your story better.

As much as you can get done. I've heard some authors say they/you should always try to get some set amount of words done each day. I don't. If the bug is there, I can write tens of thousands of words in a day. If not, I don't do a thing. One day I might work entirely on one story, the next, I might work on every one I have in the works. I do what I feel like doing.

#9) Don't you feel guilty, writing sex scenes with minors in them?

No. Having been a minor, and knowing quite a few folks who were at one time minors, I know what minors get up to. It's a story. There's nothing to feel guilty about. It's like writing a murder-mystery; you're not killing someone, you're writing a story. Steven King never had qualms about killing characters with some pretty creepy monsters, so why should I feel guilt over writing about something that happens every day? Not to mention I don't do violent material, at least, not sexually violent material involving minors. I will be in future, though. I have a story idea that will include that, and I doubt I'll have any guilt over it. It's not real, it's a story.

"Copper" is my own favorite. It was written when I was seventeen, and I still like it a great deal. "Some Day Out Of The Blue" by LittleBudhaTW is my favorite story of the same genre, youth/YA fiction. I suggest if you haven't read that one, that you do. It's touching, painful, joyous, and fulfilling. Sometimes tough to read, but if you can make it through the emotional turmoil, it's well worth it. My story, "Copper," is much shorter and far less deep, a short read that I still like to go back and re-read for the heck of it.

One other question comes quite often: Where can I get my own book published? Find a few publishing services and research them, and when you find one that meets your needs, go with it. There are multitude of places that will put your story into EPUB, Kindle, or even print. They all have their own rules and regulations, as well as expectations, so check them out and keep doing so until you find the one that fits your needs.

Please, don't forget to contact someone you haven't talked to in a while, soon. And reach out to friends and family. Time slips by faster and faster, the older you get. I know.

Here's hoping you have a Merry Christmas, if you celebrate, and a happy new year, if you celebrate, or a Happy Hanukah, or any other holiday you observe. No matter your religious and secular views, be good, or at least, good at it!

And thanks to Blak for the opportunity to share a few thoughts. And good luck with all the changes, Blak! I don't envy you at all! I'd be found babbling in a corner!
Thank you for your thoughts and kind words, Ray! Babbling can be a good thing. :) Blak 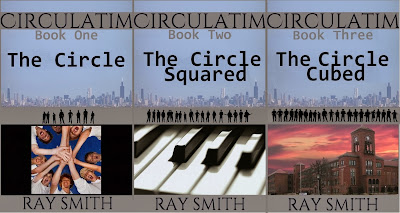