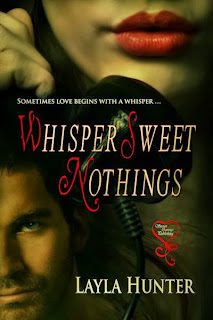 Welcome to BRB, everyone! I hope you had an enjoyable weekend. I guess the countdown has started for most. Once Remembrance Day is over, and Veterans Day in the US, next on the agenda is Christmas. I'm nearly done my Christmas shopping. I'm not bragging, believe me, and I wish I could've done things differently, but I've been bedridden for almost three months and had to purchase almost everything online. Thank goodness for computers. Anyway, I don't know what you have planned for Christmas, but the sooner you get your shopping over with the more relaxed you'll be. :) My guest today is the talented Layla Hunter. Welcome to my blog, Layla. What genre do your currently write? And, is there a genre you'd like to write, but haven't tried yet?
Maybe because I’m a Scorpio, I find myself blessed with a particularly passionate ‘alter ego’ so inevitably, I’ve been strongly drawn to erotic romance. I tried my hand at erotica, but I found that I need a romance to be central to my story and have the ‘intimacy’ between my characters a sensual enhancement to their relationship. And the hopeless romantic in me needs a HEA, or at the very least, a HFN ending.

Many authors use a nom de plume, and they may use one opposite to their own sex. Do you think an author's sex or sexual orientation should dictate what genre they write?
Oh that's a trick question but personally, no… I believe an author should be able to write in whatever genre they prefer. In my experience, though, I've found it a bit more difficult to write from the male point of view so I am assuming (and I could be wrong) that a male author might face the same difficulty when trying to write from a female's point of view.

Some authors have issues with character development, writer's block, plot summary etc. What is the biggest challenge you face when writing? How do you overcome the problem?
Sometimes simply finding the time to write can be a challenge since I work full-time. To overcome this problem, I simply schedule time to write just as I would schedule a doctor's appointment, etc. Another issue I have is writer's block. I start by shutting down Word and just putting the story away for a little while. Instead, I will research something that interests me that has nothing to do with the current WIP.  I’ll watch a movie (or three *winks*). I will play the “What If” game or ‘story tag’ with my daughter. Go for a long walk. Read something outside the genre I’m writing in. Google! Amazing what you can conjure up when clicking from one link to another, etc. Usually, any or all of the above work and I’m cooking in no time!

What has been the single most successful marketing tool you've used to date?
Choosing only one would be difficult but it seems my top results come from participating in Blog Hops/Interviews and 'chatting' with those who stop by. A close second would be Facebook, where I not only post news about upcoming books, but try to post helpful and/or interesting information I come across for readers and writers. I'm still trying to finesse Twitter but I do tweet and re-tweet often and at the recent NJRW convention, I attended a workshop on Street Teams so I'm going to consider starting one of my own.

What are you currently reading?
I just started to re-read Freda Warrington's Taste of Blood Wine. It's finally been reprinted so I was able to get my hands on another copy.

How do you measure success?
I think success is subjective. Some measure it by fame, fortune, education, material possessions or accomplishments, etc. If we're talking about success as an author, then for me, the simple fact that I am published is a measure of success. Add hearing from someone who has read one of my books and were moved enough to share what it meant to them with me is icing on the cake.

What is your favourite drink?
In the morning, coffee! In the afternoon, I love tea, as well, and have recently discovered a store called Tevana which sells loose leaf teas. After much practice, I've finally become proficient at brewing the perfect pot of tea. In the evening, I love sipping a glass of Pinot Noir, Zinfandel or a nice Red blend.

Are you a cat or dog person?
Both! We have a goofy dog (Greyhound/Catahoula Leopard mix) we adopted last year, and a tiny pride of cats we adore!

Love or lust?
How about love with lust? *smiles* If I had to choose one over the other, it would be difficult but being a hopeless romantic, I'd choose love. Besides, I believe when you have a deep, abiding love, passion is innate. Lust can always be nurtured with some very creative thinking! *winks*

If you could spend the day with any famous author, who would it be? And, why?
Josh Whedon. Brilliant man, brilliant mind! The writing for Buffy the Vampire Slayer and Angel was remarkable and hooked my from the very first episode. After I would watch an episode, I’d re-watch it and pick it apart to figure out what made it work! *laughs* Serenity sealed the deal for me. I'd love to pick his brain for a day!

The writers for the Vampire Diaries have caught my attention too (Kevin Williamson and Julie Plec) and if you haven’t had a chance to watch the series (especially lovers of all things paranormal), I’d suggest you catch up as quickly as you can!

If you could indulge free of any consequences, what would be your ultimate sexual fantasy?
I've always had this fantasy about a stranger on a train… 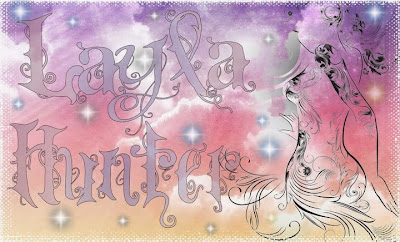 Sarah Cole never expected to find herself divorced and nearly broke at the age of thirty-four, no less working part-time as a phone sex operator for Whisper Sweet Nothings.

Solely responsible for the care of her grandmother, she's willing to do whatever she needs to care for the woman who raised her, even if it means foregoing her dream to sing.

News of his impending deployment turns Lt. Samuel Meade's world upside down, and he finds himself alone to face the unknown when unexpectedly abandoned by his girlfriend.

Eager to help him shake the blues, friends set him up with Whisper Sweet Nothings for a little fun before deployment. Not wanting to seem ungrateful or endure the merciless ribbing of his buddies, he goes ahead with the call, expecting the worst.

Instead, he finds Sherry (aka Sarah Cole), a kindred soul as seemingly lost as he is.

Neither could have imagined the instant bond forged that night, the foundation for a friendship that would span nearly a year. Sharing heartfelt letters with a woman he's never met, Sam finds himself falling for her.

Scarred in more ways than one during his deployment, Sam returns stateside suffering from PTSD and a painful leg injury. Convincing himself that he is as broken as his dream of pursuing her, he gives himself over to despair.

Unbeknownst to them, with the help of a friend, they find themselves face to face, embarking on a journey of self-discovery, acceptance and a once in a lifetime love.

Sarah jumped when the phone finally rang, staring at the console like a deer caught in headlights, unable to move. What the hell was she doing?  This was insane, an introverted, thirty-something, afraid-of-her-own-shadow architect-wannabe trying to pass herself off as a phone sex operator? She'd lost her mind.

"Are you going to get that or what?" Rachel chided. Sarah looked helplessly to her designated trainer.

"You can do this. Remember why you are doing this, sweetie. It makes it easier. I'll be nearby," the woman reassured her.

Sarah nodded, adjusting her headset and reaching over to press the flashing button—the button that would lead her down a path she'd never pictured herself traversing, especially not at this point in her life.

Stop! You can do this Sarah. If you could live through one of the most brutal divorces in recorded history, you can do this.

"Hello, this is Sherry. Welcome to Whisper Sweet Nothings…have you called us before?" she asked sweetly even though her hands shook and her heart pounded painfully within her chest. Quickly, she glanced at the computer screen to scan a few details about her caller.

"Uh, no…this is…well, this is my first time calling."

Given she was new she'd been told she would get the undecided first-timers or the clients who wanted a more vanilla experience. Most of the women here had a specialty…BDSM, fetish, gay/lesbian, etc. As she trained, she could add to her repertoire if she chose which would increase her moneymaking potential.

"Not to worry. That's why they put you in my very capable hands. I will take care of you. What's your name?" she asked, pulling out the scripts she had studied ad nauseum.

"Sam. My name is Sam. Know what…this was a mistake. I…I should go. I'm sorry, ma'am…I didn't mean to waste your time and…"

She could hear his voice trembling and her heart went out to him. He was as nervous as she was. "Sam…listen to me. I probably shouldn't tell you this, but would it make you feel better to know that this is my first time too?"

She caught the look of disdain from Rachel who shook her head from side to side, obviously a mistake and likely not to be her first. Sorry, she mouthed, turning her attention back to Sam.

"I think you are just saying that to keep me on the line."

She smiled. "No, this really is my first time. I'll make you a deal. We take this one-step at a time…together. How does that sound?"

There was a moment of silence and she thought she'd lost him. Her heart sank.
"That sounds fine."

"So tell me…what is it you were looking for when you called me tonight?"

Thanks for stopping by, Layla. I wish you best of success. :) Blak Rayne
Posted by Blak Rayne Books Blog at 11:00 PM