Welcome to brb and another FFAF, everyone! TGIF and I mean that sincerely. It's been an incredibly stressful week for me and I can hardly wait until it ends. Anyway, instead of sharing a book review, which I do enjoy, I thought I'd pass on a few movie ratings instead. While I was lying in bed fighting a virus, I watched numerous movies and TV shows; it seemed the only thing I could really focus on. I re-watched the entire series one of Elementary, series one and two of Fringe, plus various talk shows and movie sets from our own collection. As a bonus, my husband rented movies for me too. So, I have compiled a list of what I watched, along with a brief overview and rating of each.

1. Star Trek-Into Darkness
5 stars
Honestly, what a great movie. Superb acting, a well thought out plot, and lots of action. What more could you want in a sci-fi flick?
2. World War Z

4.5 stars
Everyone I know personally gave WWZ mixed reviews and, I've got to say, I disagree with most of booing. I admit, I'm not normally a Brad Pitt fan, but I thought he did an excellent job. His character was an average joe, which was nice to see for a change. And, I love a good zombie flick.

3. After Earth
1 star
This movie was so pumped up before it hit the box office I should've known it would be a bomb and that's a stink bomb. Will Smith really needs to pull his head out of you-know-where and pay for his son to take acting lessons. Enough said.

4. Oblivion
1.5 stars
What the hell, Tom? Sorry, but the story didn't make sense. Interesting premise, sadly, too many loose ends.

5. Elysium
2.5 stars
Too predictable, and even though it seemed inevitable to the plot, the ending sucked. 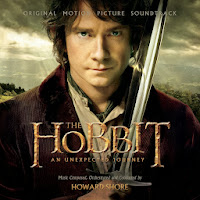 6. The Hobbit
5 stars
Every aspect of the film is fantastic! People may not share my enthusiasm, but I'm a Tolkien fan. Can't wait for the next installment. 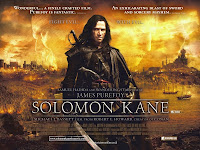 7. Solomon Kane
3.5 stars
Solomon Kane is an older movie on Netflix, I believe released in 2009. Anyway, once I got past the somewhat questionable special effects, I found the acting was decent and story rather enjoyable. James Purefoy definitely made the film. Not bad at all.

8. Riddick-Rule The Dark
2.5 stars
Aside from the unnecessary crude one liners and over usage of profanity, Riddick III did not live up to my expectations. I liked the first two movies in the chronicles, especially Pitch Black, and have both, but I'm undecided as to whether I want to add Rule The Dark to my DVD collection. The alien dog was cute, in a spooky kind of way, but Riddick did nothing for me and the movie dragged on and on.
There are a number of other movies I could list, but I don't feel they're worth mentioning. Have a wonderful weekend, everyone!
Happy Yaoi Hunting!
Blak Rayne
Posted by Blak Rayne Books Blog at 12:57 AM