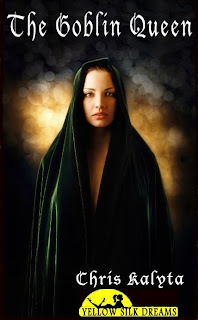 What genre do your currently write? And, is there a genre you'd like to write, but haven't tried yet?
Well I guess it would be classified as erotica, mostly male/female but on occasion the women have been bisexual or bi-curious. I like to think of myself as a writer of adult adventures, and since adults have sex there are erotic scenes in my stories.  I already write variants of science fiction, fantasy, and historical fiction so I don't see myself writing in any other genres in the near future, but I have had a couple of mysteries set in early-nineteenth century York (Toronto) in mind.  Some of the plots I've come up with don't have any sex involved in them, so there is a possibility of my writing some non-erotic fiction in the near future.

Many authors use a nom de plume, and they may use one opposite to their own sex. Do you think an author's sex or sexual orientation should dictate what genre they write?
I guess the expected answer to that question is: no, it shouldn't.  In my case I've chosen a pen-name that is sexually ambiguous because I was worried about potential readers not even looking at my stories if I'd used a man's name.  But I've come to think that may not matter.  Sorry, getting back on track with your question I believe that a good writer can write a good piece of fiction regardless of their sex or sexual orientation.  The better the artist, the better that boundaries are transcended and limitations overcome.  There is a certain amount of specific knowledge a writer needs about certain subjects, but this world is now filled with information sources that weren't available to previous generations.  With regards to erotica, consider all those writers of the past who struggled to put pen to paper at a time when even talking about sex was a social taboo.  Things are so much easier now.

Some authors have issues with character development, writer's block, plot summary etc. What is the biggest challenge you face when writing? How do you overcome the problem?
Hmm.  The biggest problem I face, from my perspective, is too little time.  And I don't have a handle on that yet.  Work and my family life keep me from writing as much as I'd like to, but obviously that's because they are more important.  I suppose once I eventually retire my output will triple or quadruple.  However, my story output would likely increase in the same way if my ebooks started making truckloads of money.

What has been the single most successful marketing tool you've used to date?
Mar-ket-ting? What is this strange word you use? As all of my ebooks went up on the Literotica website first, the closest I've come to marketing is alerting the readers there that I was removing a story to turn it into an ebook. One of those kind readers that visited that website actually went and bought my first ebook (my first sale ever!) as soon as it went up for sale. She knew it was going to be free a couple of days later and yet she still paid money for it! I really haven't figured out this marketing thing, yet.

What are you currently reading?
Canada's History magazine (formerly the Beaver - please, no snickering).  It's the August-September 2013 issue, and it has an article on the exploits of some heroic women during the War of 1812.  I have high hopes of that article being a good source of plot ideas, or at least more background for that period.

How do you measure success?
As I am quite new at serious writing (two years) and publishing ebooks (one year), my measurement of success may seem quite simple. At first it was 'will I sell even one book?'  Then it was 'will I sell even ten books?'  Now I'm not so sure how I measure success as an author, at least for myself.  Let's just say I'm happily surprised when anyone indicates they like one of my stories, and joyful when someone buys one.  Surely happiness is one level of success.

Just for fun–
What is your favourite drink?
The typical Canadian answer is beer, but I've never liked the stuff.  Bailey's, hard cider, wine, and vodka coolers are all nice.  However, I'm really not much of a drinker.
Are you a cat or dog person?
Neither are edible.  I prefer cow, pig, caribou, turkey, venison, and moose.
Seriously though, I'm not really an animal person.  The rest of my family is planning to get a puppy eventually, so does that make me a dog person by association?
Love or lust?
With romantic love between two mature adults there is always lust, so the answer is love.
If you could spend the day with any famous author, who would it be? And, why?
I'd have to say no-one. I could sit down for an hour or two with so many authors, such as Jules Verne, Mary Shelley, E. R. Burroughs, Pierre Berton, J. K. Rowling, etc., to discuss the process of writing, how much I love their works, and how I could improve.  But a whole day?  I've never been one to be awed or drawn to others merely because of their fame.
If you could indulge free of any consequences, what would be your ultimate sexual fantasy?
Okay, this will likely sound boring to many people.  The kids are away at their godparents for a week.  The wife and I are up north in some isolated cabin, but one which has all the amenities (i.e. hot water and electricity).  We have a week to ourselves!  Snowshoeing!  Cross-country skiing!  And in the evenings, we eat our dinner and drink some wine in front of a crackling fire, as the cold winter wind rattles ice pellets against the door and windows.  The rest is just between the two of us.

Amy was human until she willingly ate faerie food the year before and transformed into an elf.  Now she’s left her friends to discover just what it means to be one of these mythical creatures.

Her journey through the wilds of northern Canada end up with her being captured by goblins, who seem only too happy to sacrifice her to their evil god.  Can she escape this fate?  Can she survive when she’s thrown into an alien world where deadly danger threatens her almost every second of the day?

Amy must learn her own true nature if she is to protect those she cares about.  But how can she do that when her own humanity prevents her from embracing faerie magic?

The two women heard the goblins leave the room. Amy stood and searched for any stragglers, but found none.

“Sometimes Krull is heard to speak and sometimes only Grumach hears him,” whispered Armora, rising to her feet.

“Cormac thinks so,” was the goblin girl’s response.

Armora led Amy around to the middle of the chamber.  The elf could see that the tunnel leaving the portal room turned as it went, so Grumach and guards would not be able to see the two girls.  Amy looked about and saw a yellowish-white, glowing sheet that filled the gap between two stone columns.  Sparks fell from the light as she watched and they fell more slowly than they should have.

“What is it?” Amy asked, not quite believing her eyes.

“Well, when the goblins made their way into this land, our greatest priests sensed this portal and directed us to it.  This is a portal or doorway into another realm, a world dominated by an evil god named Krull.”  Armora gave a fearful look towards the portal.

“So you stay here to worship this Krull?”

“No, we stay here to bar the way. Goblins go to the dark places in the world to prevent passage from one world to another. Krull seems content to stay on his side of the barrier, so the High Priest worked out a deal with him.”

Armora nodded.  “Krull is sent those the High Priest deems ‘worthy’ of sacrifice and he guards his side from any and all creatures in his realm.  The guards are stationed outside this room so that if something sneaks past Krull or if Krull falls, then we can prevent a fell being from invading our world.”

“This all seems wrong…” began Amy.

“And indeed it is wrong!” replied Grumach from the exit and the two girls whirled around.  “Neither of you should be here.  Your presence here is enough to anger Krull and you shall have to be sacrificed.”

“You sent my family through the portal, High Priest!” hissed Armora.

“And rightly so.”  He took a few steps into the room and the knob atop his staff began to glow.  “Everyone that I send through makes Krull appreciate me more.  He whispers secrets of power to me.”  Grumach eyed the bright light shining from his staff.

“Cormac will put an end to you, one day!” sneered the goblin girl.

“Cormac?  Cormac?  He’s a blight upon our people, polluting good goblin blood!”
Armora snarled and ran at the High Priest with clawed fingers.  Grumach smiled grimly, raised his staff and struck her a blow across her forehead.  A shock coursed along the goblin girl’s skin and she collapsed at the feet of her nemesis.

Amy and Grumach stared at the unmoving goblin girl.  “I’ll tell Cormac everything!” shouted the elf.

Goblin spearmen rushed into the room and then stopped, staring at the elf woman who stood in front of the portal.

“The elf girl bewitched our poor Armora into bringing her here.  When I came upon the scene and freed Armora from the spell, the elf threw a rock and struck her down.”  The High priest pointed an accusing finger at Amy.  “She must be sent through the portal to be dealt with by Krull!”

The guards started advancing, with their spears pointed at Amy.  She backed away until she felt a static charge on her back.  “He’s lying!  He hit Armora with his staff!  Look at the wound!”

Grumach scowled.  “I’ll have to tend to Armora’s wound and I’ll do my best to make her recovery swift so she can tell Cormac everything that has happened here today.”  He bent over the goblin girl while the guards continued to advance on Amy.

Just before one of them could jab her, she fell backwards.  Light flooded her eyes and burned into her very brain.  She squeezed her eyes shut and a great heat bathed her body.  Then a searing cold engulfed her and she tucked into a ball.

She felt something hard hit her back and then she rolled across uneven and unyielding stone, until at last she lay unmoving and barely conscious.

Thank you for stopping by, Chris, and the great excerpt! I wish you all the best. Blak Rayne
Posted by Blak Rayne Books Blog at 11:00 PM