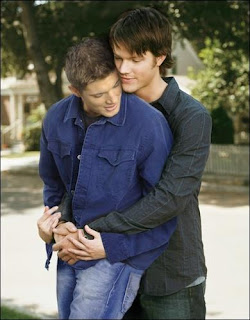 Writing the Taboo
BLMorticia
Greetings folks! Another hot and smexy post from the wicked gal BL Morticia, talking about taboos. Well, first what does the word taboo mean? The dictionary says, something proscribed by society as improper or unacceptable. Heh, well that’s all the more reason to go for it right because as we all know society in general has a problem with anything that might seem improper and unacceptable. I don’t know about you but I enjoy pissing people off who think they’ve got the right to judge others but that’s a subject for another day.
Okay, now that we know what the word means, what are some taboos? Hmm, well many still think same sex is taboo, especially gay males. What about sex between family members, ménages, any kinds of kink like BDSM, water-sports, gun play, forced sexual situations, voyeurism, sex in public…the list goes on and on as to what the general population considers taboo but for an author who likes to push the envelope, this is part of writing erotica and erotica romance.
Sooo, what about you as a reader? Do you like when your favorite authors take chances? I do and what’s even more fun is when the author knows what they’re talking about. Do lots of research, actually spend time trying to find out the major details and then write about it. I know with this takes a lot of time and effort, but in order to make an accurate portrayal, you need to do the work. Okay, when you’re a woman and writing male/male not much you can do than read, maybe ask gay men, and watch porn. *laughs* However, to me, that’s no real taboo is it? Two people falling in love regardless of gender isn’t taboo.
So you say, well BL Morticia, what’s your point here? I’m getting there. Taboos. Do you as an author write them? My resounding answer is yes and so is Michael Mandrake’s… *surprised face* Michael? Gasp! You didn’t know my tightly wound brother muse writes the taboo? Well, yeah. He’s got a pretty hot series in N’awlinsExotica with vampire twins in love. Their names are Ryland and Ryder. Never would I have expected him to go there but a reader asked him to. And as you may know, he did gun play in the story, Under the Gun which is now being handed over to me to tweak and hopefully publish under my name. He did some research on sites about gun play. Not much to be found but he did take the time to read some info and find out how it’s done. I’ll delve a little further into it because I like pushing the envelope. Yeah that might bother some people but it’s up to you if you want to read it.
The thing is, as an author you’re supposed to entertain people. Not all will be willing to read it if it’s not they’re thing but writing erotica in some circles is considered taboo in itself. Just look at how many people have been outed and their lives turned upside down because of it. Me and Michael? We’re just muses but Shar isn’t afraid to tap into those smexy things that might piss some people off. Thank goodness too because otherwise, not having authors who like to tap in to the so called darker side would make the publishing world a pretty bland place!
Thanks for the great post, BL! ~Blak Rayne
Posted by Blak Rayne Books Blog at 12:35 AM