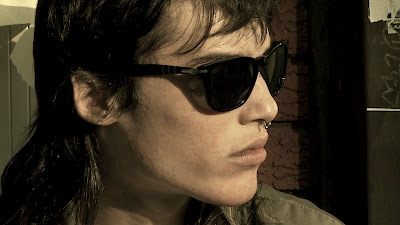 Every once in a while I find myself truly inspired by someone. My guests today have done just that, they have inspired me. Creating a gritty docudrama that delves into the lives of gay teens, surviving on the streets of New York, Cati and Mike Gonzales play dual roles both as writers and directors of the LGBT film Ekaj. I watched the trailer for Ekaj and have to express my enthusiasm and support. From the nine minute fifteen second clip, this film doesn't feel like a film, but more of an intimate encounter with the harsh reality of what can happen to LGBT teens on the street. The camera acts almost as an omniscient presence–unforgiving and unrelenting, in yet, also remaining non-existent. The longer you watch, the deeper you’re drawn in, until you completely forget you’re viewing a movie trailer. 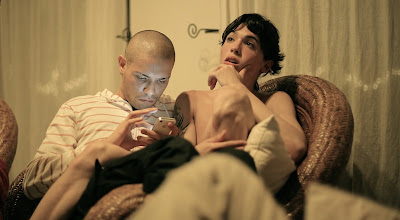 We are a couple who have been together for 16 years. Cati Gonzalez is a photographer with 20 years of experience, shooting portraits and fashion spreads for magazines such as I.D., Spin, New York, Interview, Seventeen, Mademoiselle, Vibe, Blaze, French Photo, Spanish Vogue, El Pais, Libèration, and doing album covers for Sony, Warner Bros Music, Atlantic records among others. I started writing this script and directing it in the last couple of years.

Your latest endeavor, the LGBT film Prince & Ekaj, can you provide our readers with a brief synopsis?

"Ekaj" Is an "insider/docudrama type" of story about two LGBT Latino teenagers in New York City. One kid (Ekaj) runs away from home because he is rejected by his family, and the other (Prince) is a tough, self taught, hustler who runs the gritty streets at night looking for any quick way of making money in order to exist another day. Both Prince and Ekaj, who are homeless, end up meeting by pure chance, and they end up realizing that they depend on one another more than they'd ever thought. Especially, in a very dangerous city that is spread everyday with hate, cruelty, crime, drugs, prostitution, but above all...self perseverance. 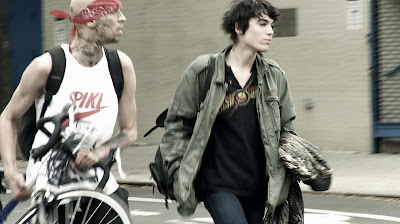 Where did the inspiration come from to create this film?

The inspiration to write the screenplay came after meeting this LGBT teen and getting to know him through a process of a year. As a Fashion Photographer I took some pictures of him and a couple of model agents were very interested in him as well. But he refused to adapt to the industry standard look of the male models, and he wanted to model as a girl. After a year of knowing him, I gave up trying to make him a model and by then I already cared about him and I realized that it takes guts to stand up especially at such a young age. The other actor in the film I met around the same time, and I was fascinated with his looks and personality.

Did you, Cati, write Ekaj strictly for entertainment purposes, or is there a specific message you hope to send?

All films have some degree of entertainment, as true life can be entertaining, but the main message I hope to send into the world, is that we are all human and entitled to be who we are, no one has the right to judge anyone, unless you have lived that life and walked in those shoes, who can decide for another what's correct to be or not to be?  I hope the film gives an intimate look into the lives of these two homeless kids daily struggles, I never aim to make a politically correct film or for these kids to represent the entire LGBT community, it's just the story of these 2 kids period. More than anything I wanted to break barriers, where if you see the film you don't say:  Oh it's a Gay film… My aim for the audience is: see, this kid reminds me of my kid, or I had that same problem as that kid, or my God I didn't know my cousin suffered so much… 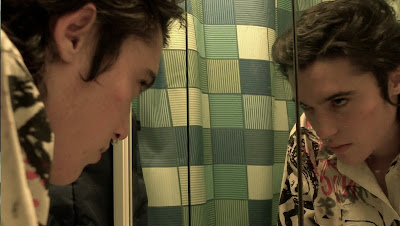 What type of reaction has the film received from the gay and straight communities? And, are you happy with what people are saying so far?

Yes. Very much so! Best is the support from the LGBT community, which I guess was more expected, but the support I really look forward to, is when it's from a parent of an LGBT kid or other family members and, of course, straight people have been very surprising and many more are coming on board.

How are you promoting the movie and are you facing any challenges?

It's just ourselves with Facebook, Twitter, and a few blogs, but so far the press has been better than expected, remember we still haven't made this film, we have just a couple of scenes and the reaction has been overwhelming and humbling. 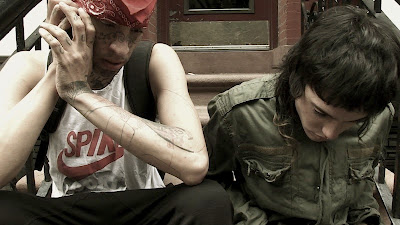 Which do you prefer writing or directing? And, why?

I like both, writing and directing, I enjoy each part of it… It's my baby, and I like all of it.

When will Ekaj be released in theatres?

We are hoping to be ready for the Film Festivals in 2013.

Speaking from a personal perspective, what would you both consider to be the single greatest achievement of your careers to date?

It's very hard to compliment one self on your past achievements. But, the latest one that comes to mind for both of us is rescuing a kitten who was abandoned on the street and giving it a home.

What are your plans for the future? Do you have any other special projects lined up?

We have some ideas. We actually have a second film we would like to make, but until this film is fully made and playing in movie theaters, it's all about Ekaj. 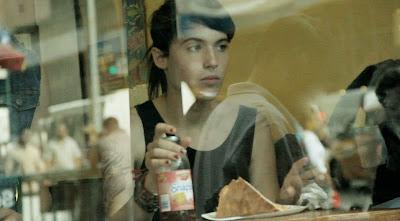 If you both could give an aspiring filmmaker of LGBTQ content movies advice to jump-start his or her career, what would it be?

Concentrate on one story at a time, love and research that story. Whatever you do, don't try to please all, just do it from the heart.

After viewing the trailer, I can't wait to see your film, Cati and Mike. The storyline struck an emotional chord with me as I’m certain it will with many others. I sincerely wish only the best of success for Ekaj, and all your future projects.

Thank you for stopping by!
~ Blak Rayne
Posted by Blak Rayne Books Blog at 11:00 PM