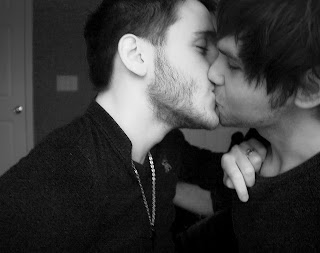 I’ve heard these statements many times before and honestly they make me cringe. Whether it’s from random public discussions, on the television during comedy skits, or in movies, it seems like it’s still not okay to be gay. People just aren’t comfortable with homosexuality, still thinking that men or women who are gay are abominations. And when describing something or someone it’s as if they have some kind of disease or impairment.

As an author of gay romance and an advocate for the community this annoys the hell out of me. Seemingly no matter how far we’ve come in this country or rather this world, this happens on a regular basis. We teach our kids this and even if we don’t, they find out from some other kid whether family or friends. I can even remember when I was a child, my dad would say something like. “All they do is talk that gay stuff” when he described a radio talk show. That was years ago and honestly I don’t expect my dad who is approaching seventy to change his opinions on gays or how he talks about them. However, I also recall how this stuck with me as a teen way before I learned that being gay is okay.

Ready for a short story? Let’s go back in time.

Back in grammar school and even now, I’ve been a big fan of Duran Duran. Of course, because of their makeup and feminine looks they were a target of homophobes everywhere. Because of what I was taught, I recall defending them to classmates who thought they were, gay, and crying crocodile tears when they talked about my favorite band. “They’re not gay,” I screamed at them before stomping away with my teen mag in hand. Most of the kids who were male laughed and called me a baby which upset me more. And when I came home and told mom, she said, don’t worry about it but why are you defending men you don’t even know personally. Good point but at age eleven, you didn’t care. They talked badly about your guys, your favorite men and you had to defend their honor even if the young millionaires didn’t need it. Ah such is the life of a preteen! *grins*

Flash forward to just a couple of weeks ago. I was trolling Facebook before work and happened to come across one of my favorite model’s pages. One of the comments from the page moderator said, “I can assure you, blank blank is not gay.”  Seeing that instantly put me in a bad mood. What the fuck is wrong with being gay? Why after so many years is this still a bad word?

Immediately, I commented back on this picture. “Even if he was, who cares and why is it so bad?” I think in comments after mine some agreed and others had their own silly as responses. The moderator quickly cleared it up and said, “Not that there’s anything wrong with it.”

No time to take it back now, honey. You made the statement now lie in it. It almost made me want to unfriend his page because of this but it was only the moderator who said it. Who knows how the model himself feels? Despite this, I went to my own page and posted a small rant. I rarely do it but I kind of said what I opened this blog with. Why is there such a problem being gay? It’s like it’s a disease isn’t it? You can be an axe murderer, a rapist, oh and a thief but don’t be gay. Oh noooo. *shudders* 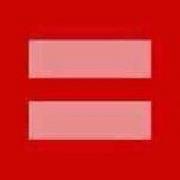 I’m at a loss as to why people feel gay men and women are a threat to human society. Why it is something that can’t be accepted as part of a person? Just like your nationality, your personality, your preferences, just the way you are. People tolerate the fact that others might be rambunctious ass wipes, conceited, and moronic without good sense. *laughs* Yet being gay is just inexcusable. You just can’t love a person of your own gender. It’s a bad, dirty word that ranks right up there with rapist, murderer, and thief.

Next week, I’ll tackle, and I mean literally tackle another blog about the homophobia in football as the NFL looks into asking players if they’re gay when they’re ready to draft them. Why the hell should this matter if they do their jobs as football players?

Stay tuned for that. In the meantime, thanks for reading my blog.

And remember gay men and women? Hold your head up high. It’s perfectly okay to be gay!