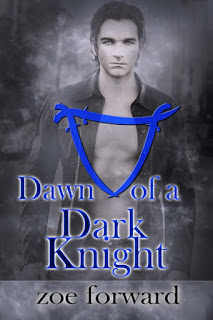 What genre do your currently write? And, is there a genre you'd like to write, but haven't tried yet?
My recent release, Dawn of a Dark Knight, is a paranormal romance. I have dabbled in other genres, but every time the story gets going, it turns paranormal. I love the flexibility this genre allows for bending the world’s rules. For right now this is where I belong.
Many authors use a nom de plume, and they may use one opposite to their own sex. Do you think an author's sex or sexual orientation should dictate what genre they write?
Absolutely not. I think there should be flexibility to write whatever an author feels creatively inspired to pen. Many authors do feel more comfortable using a pen name, and there is nothing wrong with that.
Some authors have issues with character development, writer's block, plot summary etc. What is the biggest challenge you face when writing? How do you overcome the problem?
My biggest challenge with my recent novel was world building! The rules, the people, the gods…requires a lot of research, which can be fun and time consuming.  For the Scimitar Magi series I created a new hero.  As a passionate reader of paranormal romance I’ve read my fair share of vampires, weres, fae, shape shifters and demons. And loved them all. But I wanted something new. In Dawn of a Dark Knight the Scimitar Magi are ten pseudo-immortals that live within our world, but struggle to remain incognito. The guys are not exactly thrilled to discover they vowed their eternal soul eons ago to serve the Egyptian gods, and now must execute daemons for the rest of their life.  With no past-life memory, they’ve got no clue how to wield the powers gifted to them by the gods.  Man to super warrior in five minutes with no instruction manual.  So it takes a long time for each Scimitar to work it out. At first losing control at random is the norm, and irritates the bejesus out of the more experienced guys. Incidents happen like blowing up a gas station, which is misinterpreted by the government as a terrorist act.  And then there are the women. The Scimitars each get matched to one woman for all-time, and she is also reincarnated.  But when, and if, this woman shows up is entirely up to the gods, who love to muck things up for their entertainment.
Writer's block? If I ever find myself mentally doing mud-spit wheels spins, I move on to a different project until the idea surfaces as to where a stalled story is headed. I’ve usually got about four projects in the works at once. So far, it’s always worked out.
What has been the single most successful marketing tool you've used to date?
This is not a straightforward question. Primarily, at this point in my career marketing is about getting my name out there so that readers of paranormal romance might recognize it, and just might take that chance on my book. I've greatly enjoyed meeting other readers on Goodreads and participating in multiple contests.
What are you currently reading?
Waiting for me are J.R. Ward’s Lover At Last and Rick Gualtieri’s The Mourning Woods.
How do you measure success?
For me it is having people interested in my novel and reading it. I love to hear from readers and their enthusiasm is what keeps me going, and makes the writing worthwhile.
Just for fun–
What is your favourite drink? Sparkling water
Are you a cat or dog person? Love both, own both…tough call.
Love or lust? Love 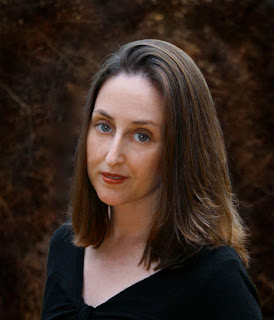 Dawn of a Dark Knight
Blurb:
In the shadows of our world, a secret band of warriors fights to protect us. They are the last line of defense against an evil no human can stop.
An ancient nemesis has resurfaced. Duty demands that Ashor Vlahos, Scimitar Magi commander, recruit a magical healer to fortify the remaining eight magi. The gods' choice is the woman who helped him escape torture a decade ago. Ashor couldn't have imagined a better punishment for his vow-breaker homicidal incidents than for the gods to bind him irrevocably to the only woman in the universe he cannot have. The soul-searing desire she ignites in him is strictly forbidden.
Kira Hardy, M.D. is a brilliant, hardworking internal med resident with big secrets. But when Ashor asks for aid after a brutal daemon attack, she is sucked into his dangerous, secret world. Enslavement to the magi, no matter how hot they are, may be an unattractive life plan, but being targeted for death by their enemies is less tolerable.
She must trust the sexy, tormented Ashor to keep her safe while he must deny his ultimate desire and keep Kira at arm’s length lest he bring destruction down on them both. As a centuries-old evil catches up to them, they face a crucial decision—follow the gods' rules or follow their hearts.
Excerpt:
Her captor dragged Kira deep into the shadows of a recessed doorway. He clinched her chest so tight that she couldn’t breathe. A dizzy terror hazed her mind.
Keep it together.
He rolled her inwards until her face pressed tight to his chest as if he feared she would scream.
“I’ll shoot,” she murmured against his rock-solid pecs, burrowing the muzzle of her Glock into his abdomen.
“Go ahead, sweetheart. Add it to the tally for the night. It’ll sting like a bitch, but I guarantee it won’t kill me.”
He sounded disappointed about the last part. Something about that lightly accented baritone struck her as familiar. Kira reined in her escalating fear enough to do an aura screen. He had none of the inherent darkness of a Hashishin. He radiated mystical vitality and ancient power. But not evil.
With a good push, she got herself some space. Yet he didn’t release her. She cricked her neck upward. It was a good ways up since this gladiator dwarfed her by almost a foot.
“Ashor?” She shook her head and whispered, “This can’t be real.”
Purchase Links:
Nook:
http://www.barnesandnoble.com/
Amazon:
http://www.amazon.com/Dawn-Dark-Knight
Kobo:
http://www.kobobooks.com/ebook/Dawn-of-a-Dark-Knight
Publisher Link: Wild Rose Press
http://www.thewildrosepress.com
Thank you for stopping by, Zoe! All the best. :D ~ Blak Rayne
Posted by Blak Rayne Books Blog at 10:30 PM