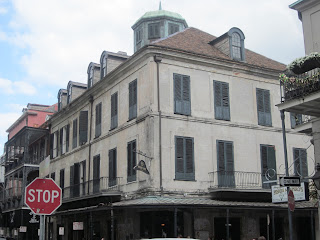 N’awlins Exotica Series from the Triad of Muses
Hey readers! I’m going to turn the blog over this week to my brother muse Michael Mandrake since his newest book just released Saturday Night. I’ll be back next week with a smexy post of sorts. Right now, give Michael your undivided attention!
Thanks BL. Hello readers. It’s wonderful to stop by Blak’s place and talk about the new series the Triad just started. It’s called N’awlins Exotica/Paranormal, inspired by our favourite place in the world, New Orleans, Louisiana.
Why NOLA you ask? Especially since I’m a Brit. *snort* New Orleans is truly an inspiring place. There’s magic in the air, a vibe, musical and spiritual that can be felt by all who visit it. A mixture of the old and new, New Orleans is a city based on rich tradition, fables, and diversity.
When you visit the city, you immediately get caught up in the reverie. If it’s not for the famous or infamous Mardi Gras Party, it’s for one of the other many festivals they have throughout the year. The food is amazing, the old architecture of buildings, galleries are something to behold, and the graveyards have stories to tell as well. They’re visited by tourists from all over, wanting to know more about what they’d heard or read about. New Orleans truly is a place you must see in your lifetime.
Because of this, Shar and I decided to create this series with intrigue, music, and stories that push the sexual boundaries. *ahem* Now for those that know me and have read my work, I’m not the one who usually writes too heavily about sex. Rawiya and BL do more so than me. In fact, in this long 200 page book I only have 2 love scenes. *laughs* Occasionally I’ll push the limits as well,  Under the Gun from NBP) but in this series, I adopt a lonely closeted homicide detective, Frankie Choteau and an adult entertainer, Kajika Fortier to be my main characters, both searching for everlasting love.
BL joins the party in book 2 with a story for supporting characters, Kenina Porter and Vance Morain. Frankie’s two feisty partners at Nola PD while Rawiya rounds out this part of the series with our other colorful characters, Naomi Beneviere and Orrin Daughtery. 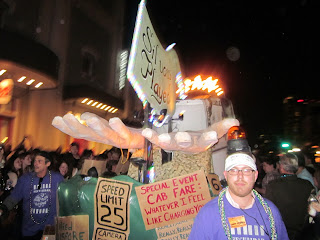 The series also has a paranormal side which I do solely. Mon Frere, My True Love is a story of Twin Vampires Ryland and Ryder Durand who share a deep dark desire for one another. Later on, Ryland and Ryder join the cast of N’awlins Exotica with quite a twist that I must keep secret. *grins*
Also in this collection, some of our favourite characters from other books join the cast. In book one, Nathan and Bryant from BL’s My Lieutenant make a small appearance for comedy relief. I’m glad BL let me borrow them for this series. I love this couple and I’m sure they’ll add some snark to our collection which covers just about everything. More of our faves will appear in later volumes but I’ll leave them secret for now.
We’re very proud of how the first two books have turned out and hope you’ll follow the series until its completion. At this point, it looks to be a 10 book series and you never know, there might be more. For now, enjoy the first two, Mon Frere has already enjoyed some success.
Thanks Blak and BL for having me!
Official Blurb:
The N’awlins Exotica/Paranormal series
The city of New Orleans is rich in tradition, diverse, and known for the inspiration it provides. In the “Big Easy” there lies the hunger for the erotic as well as the unknown. The residents here feel that sexual energy and it reveals itself through their various creative activities.
Join the characters as they take a wild ride on the edge, enjoying their town for all it has to offer. There’s a certain magic in the air, an erotic magic that cannot be ignored. 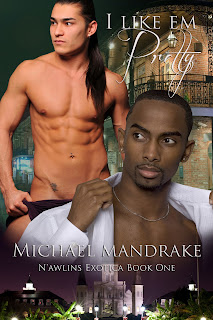 Blurb: New Orleans is supposed to be the big easy. One night changes everything for Frankie Choteau.
New Orleans. A city rich in tradition, diversity, and on the comeback trail from hurricane Katrina. Francois “Frankie” Choteau, a resident of this town, a cop with a hot temper and low tolerance for bs. Kajika Fortier, a transplant from Oklahoma came here looking for a dream and unfortunately it’s turned into a nightmare. On a hot summer night, they meet and cross paths during a very difficult situation. Despite this, the attraction between them is evident and loneliness for both men is a fate worse than death. They’d both like a chance at happiness but will the circumstances and Frankie’s uneasiness prevent their happy ever after?
Amazon    Allromance  Smashwords 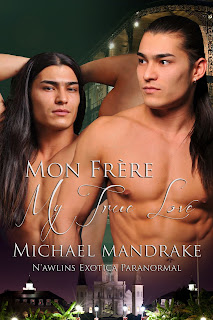 Blurb: Twin vamps Ryland and Ryder Durand are only different in personality while the rest is exactly the same. Ryland, the author is calm and conservative while Ryder the club owner is wild and lewd. However, the brothers share the same dark desire and haven’t informed one another. Will that bring them closer together or sever their relationship for all eternity?
All Romance Link      Amazon       Smashwords
Red excerpts of both on the All Romance links.
Posted by Blak Rayne Books Blog at 10:10 PM