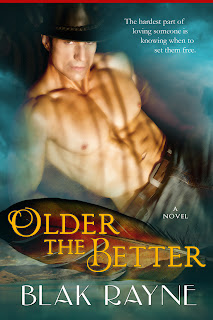 Hello, everyone! I hope you're doing well. Welcome to another FFAF! I've had a hell of a week; let's put it this way, not impressed. Aside from business and family problems, Pinterest deleted one of my pins, stating it was inappropriate, and they threatened further action if I didn't delete all the offensive material. No nudity. I had to makes changes to all my boards. Sorry, but all the naughty ones are gone. As usual I was targeted for content; the same happened with my Google + account, thus the reason I don't post any more images there either. I hate to say this, but there are times when I feel we as in society are really dictated to by these corporations, especially on the Internet. I've never made any bones about what I write or post. I've always stated that I publish adult content, in yet I'm harassed constantly. To put it politely, I'm getting really sick of it. Anyway, enough of my complaining, I was so tired last night I couldn't publish my post at the usual time, so I'm late today. Nephylim has published an article I wrote at her blog, and here's the link: http://nephylim-author.blogspot.co.uk

The following is an unedited excerpt from my upcoming release! I hope you enjoy it. Have an awesome weekend!

'The hardest part of loving someone is knowing when to set them free.’
Indiscriminate sex with strangers is the only pleasure Charles has left in life. No matter how much he wants a relationship, the memories of a painful break-up during his youth won’t allow him to commit—until a friend persuades him to confront the past—to confront the man who dumped him.
Taking his friend’s advice, Charles returns home in the hopes of rekindling the romance with the man he lost. But, his father’s religious views and the backwater community he grew up in aren’t so understanding when it comes to same-sex relationships and, to his disillusionment, neither is the man he’s returned for.
Excerpt:
Todd dropped his overnight bag at the base of the rear porch steps, and strode towards his father. Cinching the knapsack straps, Charles leaned to rest his shoulder on a support post at the top step.
At long last, Malcolm drove the axe blade into the chopping block and stood erect. Bracing his lower back, he patted a rag on the nape of his neck. Todd surprised his father with a tap on the shoulder. Soon as Mr. Forbes saw his son, he laughed and gave the man a hug. Charles kept to the sidelines, allowing them their privacy. Then, Todd motioned in his direction. He was pretty sure Todd had alluded to his presence, but he hadn’t heard a word over the deafening thud of his own heart.
Malcolm didn't say anything at the onset. He removed his hat—a dusty ball cap—slapped it on the side of his leg and turned towards the house. Squinting, he put the hat back on, adjusting it by the bill. "Charlie...."
“I wondered when you’d notice.” Charles kept his shoulder glued to the post, to control the shaking that had risen without warning through his legs; his nerves—every sensory receptor was on fire.
“By God,” Malcolm ascended the porch steps slowly, wiping both hands down the front of his shirt; it wasn’t in his nature to rush, ever. “Where have you been all my life?”
Dropping the knapsack, Charles smiled with a sense of relief as they shared a bear hug. It felt extremely good to hold the man, despite the fact that the fond embrace didn’t last. Malcolm Forbes was rugged as the surrounding terrain, and not the sentimental type unless something, for whatever reason, struck a chord. He differed from Todd and his almost model quality features. Todd's physical traits like his ditzy personality were reminiscent of his mother—ash blond hair and brown eyes and an oval face. Where Malcolm had that sun-baked cowboy attractive about him with the great smile, silver streaked chestnut hair that was a little unruly and a set of smoky-blues that would've brought any man to his knees. His rough, square jawline didn't match the baseball cap. Charles always felt he needed a real cowboy hat, a Stetson.
"The temperature must be near thirty already?" Todd remarked, brushing the perspiration from his upper lip.
"At least," Malcolm said flatly, glancing at him. "By lunch it’ll hit well over forty."
"I guess summer is here. While you two catch up," Todd gave their backs a slap simultaneously. "I'll make us some lemonade."
"Fine, son."
"Thanks," Charles added.
The screen door creaked then banged shut, leaving the men to stare at one another in silence—a silence more stifling than the mid-morning air—which made their reunion all the more awkward and, bittersweet for Charles.
Hooking a thumb in a front pocket of his jeans, Malcolm cleared his throat quietly. "I never thought I'd see you again."
"Todd asked me to come."
"I gathered as much."
The look of consternation on his face, told Charles he was an unsettling presence.
"What happened to university?" Malcolm asked quite suddenly as if searching for a topic to sustain the conversation.
"I graduated with a diploma in business management over ten years ago. Since then I've worked for several companies. Right now I'm job hunting."
"How's that going?"
"It's going. I'm debating whether to upgrade my education or take a position that pays substantially less."
"Big decision."
"It's huge. I'm not getting any younger."
"You—" Malcolm expelled a short, dull laugh and pointed to his own chest, "it's me that has that problem."
"Your age isn't a problem."
"You're kind.... Has it really been that long?” He seemed doubtful of the time loss and even more doubtful that Charles was standing on his porch.
"It has. It's been fourteen years."
"That is a very long time. Well," Malcolm gave his elbow a gentle nudge, "come have some lemonade."
"Sounds good," Charles followed inside the house.
Happy Yaoi Hunting!
Blak Rayne
Posted by Blak Rayne Books Blog at 12:55 PM