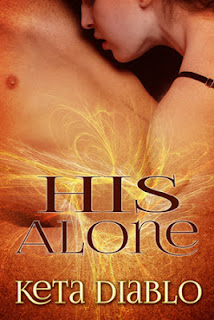 Cleo has a problem. When she met Elliott, the maestro of Doms, eight months ago, he laid out the rules - no questions, no whining, and definitely no ties. But the lines blurred somewhere along the line and she crossed them. Now, she's in over her head with feelings for the beautiful man she shouldn't covet. For her own preservation, she must end their weekly sessions and eat her heart in the process. But her Dom has problems of his own. Has he stepped over the same hazy boundaries?

A cool hand glides over my welts, the caress firm and gentle at the same time. “Slide your body up with your hips on the bed, your legs dangling.”

In a stupor, I obey. My clit aches and moisture pools between my thighs. For a brief moment, I wonder how and when Elliott became such an expert. I don’t want to think about it. An image of him delivering this exquisite torment to another woman causes my stomach to revolt. It bothers me he’s so cool, so in control of me physically and mentally. I can’t help but wonder what trips his trigger more, the dominant/submissive role or the power he holds because of his expert ministrations. Why should I care as long as he delivers? And Elliott always delivers in spades. But I do care. If I didn’t, the thought of him engaging in an infernal session with another wouldn’t make me nauseous.

The love-god spreads my knees with his hand and massages the soft flesh of my inner thigh. I’m panting with need, doing everything in my power to remain immobile, and he’s taking his sweet time. I know this is part of the control thing again. He intends to prolong my misery, and on occasion, he’s made me whimper and beg for his attention. One could only understand begging like a dog with their tongue hanging out after domination and possession by Elliott. It’s indescribable, comparable to an addict selling their body for . . .  One. More. Taste. Of bliss. Elliott is my drug and my ecstasy.

Thanks so much for reading about HIS ALONE, Keta
http://ketaskeep.blogspot.com
Posted by Blak Rayne Books Blog at 12:16 AM