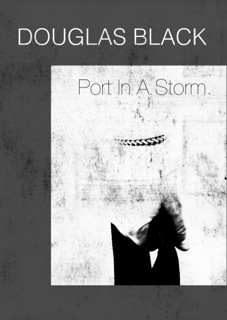 There’s a saying that is often bandied around on book blogs. It’s a little gimmicky, but I like it. It goes something like; ‘the person who reads novels lives many lives, the person who doesn’t read at all lives only one’ and I agree with that wholeheartedly. The great joy of reading fiction is being able to lose yourself in a completely new world. Fiction gives us the chance to go travelling to the farthest flung corners of the world, without ever having to put our shoes on. It gives us the opportunity to meet thousands of brilliant people, without even having to get dressed. It gives us the chance to fall in love over and over again, without any moral or ethical complications. It is, in short, a form of adventure that is open to everyone.

When I was a student I read a lot. In my final year my literature classes were pretty intense. I took a course entitled ‘The Development of The Novel’ and found myself confronted with the task of reading two books a week, every week. That was before I even looked at any of my other reading material for other modules and classes. It was overwhelming, but I still found time to read modern fiction. My tutor, a man despised by all who took his class, was one day unimpressed that none of us had been able to soldier through Tom Jones and Joseph Andrews in a single week. In frustration he asked us what we had been reading. It emerged, over a fraught discussion, that we had all managed to find the time to read the latest sensation of the fiction charts. I can’t even remember now what it was, or if I enjoyed it, but most of the class had read it and he was apoplectic. ‘That isn’t literature!’ he ranted. And he was right of course, in his own way, but it was fun to read.

Over the years I’ve heard that same argument thrown about by various academics: it doesn’t matter what books are popular or which novelists are bestsellers; popular fiction isn’t literature and therefore it doesn’t count. I can’t agree with that. I can’t imagine how dull their lives must be! The point in reading is not always to read ‘canon literature’, although it undeniably has it’s place. Sometimes nothing, but plain, old, popular, fun, entertaining fiction will do.

When I pick up a book, I want to become lost in its pages. I don’t care if the story has any moral mission to teach me. I want to be entertained. I want to be transported to a different world, and yes, I want to learn about that world, but I also want to have fun. It’s one of the reasons why I love fiction books with exotic locations; books that feature travel as a central theme. I have been fortunate enough to travel a lot in my time, but there are too many places in this world for any person to visit in a lifetime, but through fiction that opportunity becomes hopeful once more.

In my own writing, I always like to include some foreign location, or journey. It’s fun to write and I hope it’s fun to read. My first novel, Port In A Storm, took place in various locations, from Edinburgh to Bamburgh, Venice to Africa. I am sure my old tutor would turn his nose up in disgust, but I wanted to take my characters and readers on an adventure and that’s what I did. The hero of Port In A Storm  is a traveller; that’s what he does. He moves from place to place without a care in the world and I love him for that, because that is what I wish I could do if the realities of life weren’t so close to hand. Through fiction, though, I got the chance to go travelling and to see familiar places through new eyes. I hope my readers felt the same. That is, after all, the real joy of reading any type of fiction, but especially erotica and romance. For a while you can lose yourself in the pages of a book and go on an adventure that you could probably never experience in real life. And there’s no danger of you not being home in time for tea.

‘Port in a Storm’ is available on Amazon and Smashwords.

The following is a short extract from the novel. It takes place just after Alex finally realises that he wants to take Jack up on his offer of going away with him, for a few days, to have an adventure. He waits in the airport, hoping to see Jake. Hoping that he hasn’t blown his chance.

“Where have you been? The flight from Paris landed hours ago.”

Jake stared at him; confusion in those big blue eyes. Slowly Alex watched the realisation creep across his face. “Paris? I wasn’t in Paris. I just got in from Belize.” Jake cupped Alex’s face. “Have you been waiting for me?”

Alex felt himself blushing. “You said you were going to Paris.”

“I did, for New Year and then I went with friends to Belize. Alex, have you been waiting for me?”

Alex bit his lip and nodded. “I’m sorry. I realised I had been a complete idiot. I’ve been checking all of the flights.”

Jake pulled him in close and held him tight.

“Why are you here then? Who leaves Belize for Edinburgh?”

“Ask me.” It was nothing more than a whisper against Jake’s neck, but he knew Jake had heard him. He felt Jake tense and was aware that he was shaking in Jake’s arms. He breathed in Jake’s scent just in case it turned out to be for the last time. “Ask me, if you still want to…”

“Have you booked time off work?”

Alex shook his head against Jake’s strong chest and retrieved the worry dolls and his passport from his pocket. He shoved them both into Jake’s hands and looked up expectantly.

“Ask you? Really?” Jake looked around them and pulled them up against the wall for a little more privacy. “Will you come away with me, Alex?”

Alex nodded. He tried to say ‘yes’, but it caught in his throat so he kissed Jake instead. Jake’s hands were on him, pulling at the ties on his apron and lifting off his work shirt. He ran a hand across Alex’s hip and ripped off the badge that hung on the waistband of his trousers. He bundled them all in his arms and chucked them on the floor. He shoved Alex back to the door.

Alex obliged, grabbing his jacket and wallet and rucksack from the staffroom. He was gone from Jake’s arms for barely ten seconds, but he felt the absence of Jake’s body in every one.

When Jake dragged him, half-carried him in the direction of the Departures lounge Alex heard Brian shouting something about putting him on report, but Jake moved too fast and they were gone before Alex could even try to catch his breath.

Thank you for the great article and excerpt, Douglas! I wish you all the best of success. ~ Blak Rayne
Posted by Blak Rayne Books Blog at 11:20 PM