What’s Really Sexy?
BLMorticia
Hiya everyone! Hope the new year is goin’ well for ya’ so far. It is for me! *snicker* But I’m just a muse so technically I don’t count. Or do I? Well, ask Shar about that one.
Anyways, what are we talkin’ about today? Sexy! What is the true definition of sexiness to you? I mean, I think it’s about time I do some smexy posts again, right? Yeah I know, I’m an author but hell, talkin’ about the backlist and books can get boring so let’s talk about my favorite thing other than writing, metal, and men! Sex or as I say in this post, sexiness!

What defines sexy to you? Pretty eyes, a taut and deliciously ripped body? Six pack abs are nice but when the man ain’t packin’ down below it kinda defeats the purpose, right? I mean, when we see a sexy man, we automatically assume he’s hung like a horse but unfortunately, that’s not always the case. Ahem, gettin’ back to what’s sexy! Do you like some stubble or none at all? How about tattoos and piercings? Um… well, I love those myself. What about the way a man dresses? Is there a particular way he wears his clothes or what he wears? Suits and ties, jeans and t-shirts, or my personal fave, nothing at all… *AHEM* Sorry. Yeah I love jeans and a plus from me if they wear them kind of tight around the buttocks. I like seeing my man’s booty to give it a tight squeeze. Those who wear them low to the crevice of your arse need not apply. I hate that look, it just looks sloppy but some women like that and find it appealing. *shakes head* Moving on!

How about for the men? What defines a sexy lady? I believe the same rules apply but I think men also like the way a woman carries herself. Do the guys always go for the lady who struts her stuff when she walks in the door or are they attracted to the shy and unassuming type? Perhaps, it’s the woman who doesn’t dress to impress. Maybe she looks like a sweet girl and he’d love to push her limits to see how innocent or naughty she truly is. Yeah, I know you men have thought about the naughty librarian and had a wet dream or two about her. *smirks*
The point with both sexes is we have different standards and tastes when it comes to be people we’re attracted to. What I find sexy, you might not and vice versa. Perhaps it’s not about the exterior at all. Are you in love with his or her personality, their intelligence? Perhaps it’s what that person does for a living, like a musician for instance. Not all the men in the metal world especially are pretty to look at but man can they bed a woman! I’ve heard Lemmy from Motorhead beds quite a few pretty women and is he sexy? Hells no! Yet he gets plenty of um, action!
So what is sexy? It really is how we as individuals define it. Whether it’s the physical parts, the intellect, or their personality, we can decide what truly attracts us to another person. I know what I like. I think I covered it on the above paragraphs. How about you? What do you define as sexy?
Share it with me will ya! I’d love to hear. Thanks to Blak for hosting me as per usual! 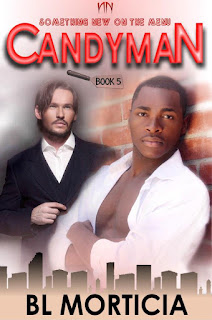