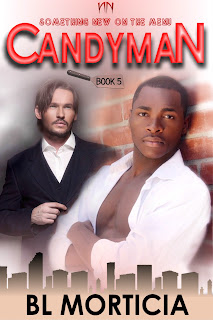 Greetings folks! This is the wicked gal speaking with another post about another of my favorite topics, writing. o.O Specifically swear words! Ha! Yes I love to curse within my stories. Doesn’t matter if it’s the character or me as the narrator throughout the text, a swear word really helps to get the feelings on paper.
Think about it. When do YOU swear? When you’re emotional about something right? Did someone cut you off when you tried getting over in the next lane? How about when stopped by a cop for talking on the phone when you shouldn’t? Um, not at the cop, at yourself for being so damn stupid! ;P (Shar’s been there done that) *winks* Or you swore when you hit your foot on the side of the bed and of course, my fave when you’ve achieved orgasm while having sex! Oh yeah that’s a good one.
See! Nothin’ wrong with a few swear words to get the feelings out, whether it’s aggression, anger, or a fuckin’ good feeling, swear words definitely show one’s emotions. Need evidence? Take a look at one of the paragraphs from my next book Candyman from NNP!
“Hmph.” Ty sprinted to his building and picked up the few letters in his mailbox – offers for credit cards, junk mail, and a couple of utility bills. “Shit, how am I gonna come up with the money for these?” He opened up the invoice and shook his head. Whenever he got a bill, he thought about the ad he saw in one of the smaller newspapers for the all-male revue at the Hotspot nightclub. But when would there be time to study and work a second job? At night, Ty hit the books and did his homework. Of course, that was after he left Diamond Candies for the day. If I took on anything more, my grades might fall! He leaned against the door and breathed a sigh while he looked at the picture of his mom on the mantel.
Damn Momma, I wish you were here for me now!
Once he settled in and made a can of soup for supper, Ty sat on the couch and searched the company website to find out about college assistance. Due to his stupid pride he’d never thought about it, but since the bills weren’t stopping any time soon and he didn’t want to get kicked out, he thought this would be as good a time as any.
“Damn, my GPA might not be good enough. 3.5? Shit!” Ty was doing good in school, but he didn’t think he his grade point average would make that cut. He’d flunked a test earlier in the semester and he was still paying for that.
The one night I decided to go out.
Stupidly, he’d join his friends for a beer the night before the test, to try picking up girls and getting laid. Instead, he’d embarrassed himself with bad attempts at dancing, and he got so drunk he’d ended up in the bathroom puking his guts out.
Eww!
Just thinking about the morning after made him shudder. He grimaced, knowing he shouldn’t have let them talk him into it. Ty had missed class and hadn’t been able to make up the test. His marketing professor was one of those insufferable bastards that loved to make his students’ lives a living hell. Damn him.
Damn Diamond Candies for making the standards so fucking high. That kind of average meant all A’s and maybe one B, most likely a high one – not one teetering on the edge of a C. Shit.
Disgusted, he slammed the laptop down and tossed it next to him. Once it hit the couch, he cursed himself knowing that wasn’t the smartest of moves since the old Thinkpad was a hand-me-down. He rubbed his hands over his smooth head and turned on the TV, hoping that would take his mind off the bills and the seven a.m. shift at the factory he had to endure tomorrow. A Channel Two news brief flashed across the screen.
And today, beloved owner of Diamond Candies, Demi Roux, was memorialized. Many were in attendance…
“Yeah? It’s about time that old bastard kicked the bucket. Maybe the new boss will give me the well-deserved raise I’ve been looking for!” Ty snarled at the mourners leaving what looked to be a mansion.
Reportedly, Demi left his fortune to his son Alain. No word on who will step in as the president of the beloved corporation.
“Hopefully somebody who isn’t as much of a tightwad as him!”
Okay so in this small section, four damns, 2 shits, one hell and one fucking. *giggles* Yes just in that tiny portion of the 37K plus book, I’ve got all those. I should’ve counted how many words overall but maybe I’ll do that next time! *winks*
So, does it bother you to see swear words while reading? Are you that much of a prude? Ifucking hope not. See how I did that? *laughs* Er, if offended sorry but I do love using the swear words. They show a lot of emotion and since I’m the snarky muse who does a lot of angst in my stories, I believe swearing should be part of my persona!
Thanks for listening. Here’s a preview of book 5 for Something New on the Menu! Look at that sexy ass cover! WOW.