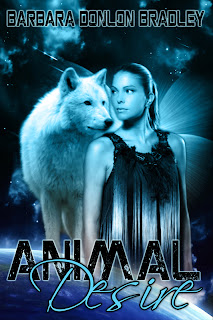 Welcome to BRB, sweeties! Did you have a fabulous weekend? Mine was great! My husband and I cooked strawberry and raspberry jam, and a mix of raspberry/cherry.   Every summer it's the same routine. Anyway, getting away from my preserves, and onto another sweet topic, my guest today finds inspiration through her dreams. She's an author with talent to spare. Hello Barbara, let's start where we should and that's at the beginning. Tell us about yourself, Barbara.

Where and/or how do you find the greatest inspiration?
My stories normally come to me in my dreams. I have some wild ones and they have turned out to be some unique stories. I dreamed the first scene of my latest series the Vespian Way and am happy to announce Phaze just bought book four. At this moment I’m working on book six.

Which appears first when contemplating a new project: A character, the plot and/or the title? I’m a pantser so it’s all kinds of things. Normally I’ll get a scene while I sleep, or focusing on something else and I build around that scene. I come up with the characters then I just start writing. The plot comes to me as I go, so does the title.

What’s the hardest part of a novel for you to write: Beginning, middle and/or end? Why?
I think the end because I can’t get the words on paper fast enough. I never took typing class so I learned to type through the hunt and peck method. I’m pretty quick now, but there are times when I just can’t hit the right keys and it drives me crazy. Then there’s the tying up the loose ends at the end. I keep hoping I’m done than realize my characters disagree with me and they push and annoy until they are happy with the story.

Has your own life influenced your novels? And if so, how?
A lot of the humor you find in my books comes from people around me. My family is a goofy bunch and I always have great stories to tell. If things my family has done fit the scene I’m working on I have been known to add them to my manuscripts. I also took taekwondo – I’m a 3rd degree blackbelt and that knowledge has helped me with fight scenes.

Writing sex/romantic scenes can be a challenge for some authors. Do you find it difficult? If yes, how do you compensate? If no, where do you draw your inspiration?
It really depends on the book and the characters. There are times when the scenes flow out easily and others where it feels like I’m pulling teeth to put them on paper. I have found if I’m having issues with the scene I’ll try to write something short and fill in later. I have also been known to write – sex scene goes here – and move on to the scene that is begging to be written.

Do you have a method you use to write the sensual parts? Do you prefer the sex to be open and bold? Or left to the imagination?
My scenes are explicit. I blame it on my characters, but I have always loved the romance novels that have explicit scenes as well so I think it’s in my nature.

Who is your favourite character, which you’ve created? And why?
My favorite character is normally the characters in my latest release. Right now I’m working on a series called the Vespian Way and I adore the characters in the series. Storm and Heather are special to me. These two are characters that were created years ago with a friend of mine. I’m so happy I have finally told their story.
Tell us about your newest release.
My newest release is Animal Desire, book three in my Vespian Way series. The series is about Heather and Storm, who by the way keep pushing for more stories. The villain I hinted to in book one and my readers met in book two now takes an active role by kidnapping Heather.

Just for fun–
What is your favourite colour? My favorite color is Purple.
Which do you prefer a great hero or a great villain? I love a great villain.
What is your favourite movie? And why? Man, I have to think about this I have so many. I love ID4 but not sure if it is my favorite, also love Despicable Me and How to Tame a Dragon. Then there’s the Mummy movies…see my problem?
If you could be anyone in the world who would it be? And why? Me. I love my life and am very happy to be a writer.
Where do you see your writing career in the next five to ten years? I’d like to write full time, I still have a daytime job.

Blurb:
Heather is now six months pregnant and finds her mate a bit overprotective. She can’t help if she glows when she is frustrated. Things get a little more complicated when she is called home because of Ialog. He released information, making it look like she is being mistreated by the Vespians. How is she going to hide her pregnancy? She left Earth sterile.
Storm isn’t happy about her leaving the safety of Vespia, but wants to show that Heather is happy and safe under his care. He knows Ialog and is worried the man is going to try to take his mate from him again. His fears become very real when Ialog kidnaps her. Now he has to find a way to bring her home.
Excerpt:

Heather sat in her rooms, feeling very trapped. There had already been a few little complications with her pregnancy and now she was under house arrest.

She looked around but didn’t see anyone in sight. Storm had been talking to Kuarto via the screens and must have moved into another room so they could discuss her condition without her hearing it. It didn’t matter. She finally had a few moments away from those two overprotective men, who swore they were just looking out for her. How? By restricting just about everything she normally did? Well, she planned on taking advantage of their absence. Bracing her arms against the rests of her chair, she pushed herself to her feet.

“Sit.” Storm’s voice was right at her ear.

“Where did you come from?” She turned to look at him in surprise. Heather was positive he would be gone longer than a few seconds. Did he have radar? Then she realized he probably knew her intentions because of their mindlink. It grew stronger every day.

“Sit.” He crossed his arms over his chest. “Mate’s orders.”

She parked herself back into her chair. Not happy with the turn of events. She couldn’t stop the pout she felt take over her features. “I need to move around a little. Sitting still is driving me crazy.”

“Your doctor said you needed to relax and you haven’t done that.”

“Fine.” She mimicked his pose by crossing her arms over her chest too. Being trapped in her rooms wasn’t how she wanted to spend the first weekend she had to herself. So what if her readings were a little off.

Kuarto didn’t like the heightened levels of her heart rate, blood pressure and pulse and had recommended she not do anything strenuous. Storm took that as she wasn’t allowed to do anything and he wasn’t allowing her any leeway.

“If I rest can we go for a walk later?” Heather looked up at him, giving him her best smile.

“It depends on how well you behave.” He watched her with a raised eyebrow. He knew she was up to something.

“What part of sit do you not understand?” He gave her an exasperated look.

“I’m going to lie down. Rest as demanded.” She gestured toward their bedroom.

“About time you came to your senses.” He scooped her up in his arms.

“Storm.” She loved the close physical contact, but she could walk a few feet without any trouble.

“How far along are you?” He didn’t show any signs of putting her down as he carried her into the room.

“Six months.” She rested her head against his chest. There was no way Storm was going to let her feet touch the ground so she might as well enjoy listening to his strong heartbeat. Let it calm her the way it always did.

“And how much further do you have to go?”

“About twelve more.” She sighed. “I get it. I need to take care. Don’t want to make this worse as I get further into the pregnancy because I didn’t behave now.”
Purchase Link: www.phaze.com

Also available at amazon.com and ARE!

Thank you for stopping by, Barbara! It was great to have you - all the best of success in the future! ~ Blak Rayne
Posted by Blak Rayne Books Blog at 11:30 PM