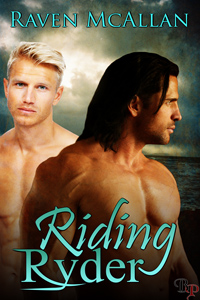 Tell us about yourself.
I'm English living in Scotland—Home rugby matches can stretch the imagination, and the loyalties I can tell you. Happily married, no children at home, so just me DH and two cats, to get between me and the keyboard.
Where and/or how do you find the greatest inspiration?
Anywhere and everywhere. I live in a beautiful part of the word, an scenery can help with settings. Listening (okay eavesdropping) on conversations, from friends. I'm open to suggestions.
What made you chose to write M/M erotic literature in particular? And is there any other genre you’d like to write? And if so, why?
Originally, I wrote my first book to see if I could. My crit group dared me. I was still trying to find my voice. I'm lucky that I have very supportive Editors and Publishers who are happy for me to try different things. I've written, regency, contemporary, shifters, vamps, both erotic and sweet. And with a different hat on YA.
Which appears first when contemplating a new project: A character, the plot and/or the title?
It can be any of these; it all depends on what sets me off. I am not much of a plotter. I try to be, but one I start the characters, they take over. I usually get the title early on, sometimes it gets changed though.
What’s the hardest part of a novel for you to write: Beginning, middle and/or end? Why?
The end, I slow down the nearer I get. I don't want to finish the story, wonder what I've missed, over analyze. You name it, I do it.
Who is your favourite character, which you’ve created? And why?
I'm very partial to Vairi, In the Price to Pay. Perhaps because she's older, but can still kick ass. And Ivo, in Wallflower's Don't Wilt, my first release. He was my first character to show me who he was and why
Tell us about your newest release.
Er I'm going to cheat here a bit, and mention two, because I'm really lucky because Rogue Scandals, is my first print book, and it comes out on 15th. It has Wallflowers Don't Wilt and To Please A lady in it, as well as a brand new story A most Unusual Mistress. That won't be out as an ebook until August. It's a regency trio, of feisty ladies and rogue gentleman. Great fun, and very hot!
However, I've just had my first M/M stand alone out. Riding Ryder, which tells the story of Caleb and Logan. Caleb has a very unusual job, and Logan has to come to terms with it, before their love stands a chance. He's sure he can, until one act has him running scared… There's an excerpt below.
Just for fun–
What is your favourite colour? purple
Which do you prefer a great hero or a great villain? Hero every time
What is your favourite movie? And why? Bull Durham, where they make love on the kitchen table… and when he had her hands tied and he's painting her toe nails Oh… dashes off to get DVD handy. It is so understated but I reckon it's the most erotic film ever in places.
If you could be anyone in the world who would it be? And why? Me, sorry, or we'd be here all day. Seriously, I'm one of those no point crying for the moon people, and this stumped me. I really don't want to be anyone else. I have enough trouble at times, just being me.
Where do you see your writing career in the next five to ten years?
Realistically, I'd like to be a stronger, better, well loved writer. Who knows, in ten years I might have given it all up and be lotus eating. I can't see that happening though, so many ideas, so little time!