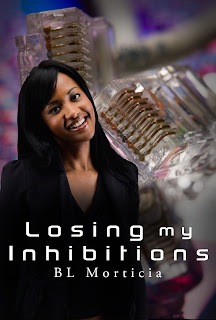 Greetings readers! I’m excited to announce the latest addition to my smexy backlist of snarky, wicked, erotica romance, Losing My Inhibitions. Yes, you saw that title right, my first hetero piece and now, the characters have asked for several short stories to follow so that means I better get crackin’ right?  *laughs* Obviously my fun fearless female and her hunky new man Jayson Freed have more to talk about and well, do…

You might ask after doing so much m/m, why I decided to do a hetero story? Well, I am a woman after all, a female muse and well, Shar is a female who likes to write some m/f on occasion. Something hubby won’t feel embarrassed to read even though when he does, he’ll find the twist in there to be erm, very interesting to say the least. Of course I have to throw something in there to keep you readers off balance. I couldn’t make this just a straight love story, no sirree. I had to add a little more spice to make you think and hopefully make your toes curl in the process. And as per usual, add the snarky characters that might give you a chuckle throughout.

BLMorticia is currently a published writer with Rebel Ink and Naughty Nights Press. Her first two novellas, My Lieutenant and Something Fresh Served Hot are Silver stars on All Romance Ebooks. She writes bi weekly for Red Lipstick Diaries and a column twice a month on Blak Rayne Books. For more info, please visit, Erotica With Snark
Thanks for the peek at your new book, hun! It sounds great! All the best! ~ Blak Rayne