LOVE MY YAOI - WHAT'S YOUR FAV? 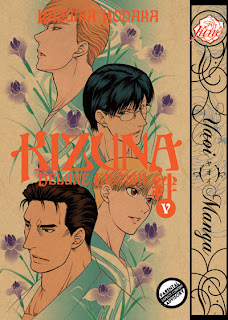 Welcome, sweeties! It's another FFAF! After the post here, I will add this review to my yaoi page. Speaking of yaoi, I wanted to ask...what's your favourite yaoi? I'm slowly branching toward more and more authors, but also hunting for something special, something different to read. So if anyone has a new title to share, please do. I'd love to read it, and perhaps share a review. Another fav, Starfighter by Hamletmachine, has finally updated to Chapter 3! I can't wait to purchase Chapter 2. Plus, my Kizuna Deluxe Edition Vol. 5 finally came in the mail. Very happy about that. I love the deluxe editions because if you're missing a manga from the series, or in some cases the manga is a crazy price, these deluxe editions fill the gap. For a long time I tried to purchase Kizuna BOL Vol. 6, the one where Kei proposes, yeah good luck with that. Used volumes were going for as high as $200 USD, and that's just plain nuts (they've dropped to a normal price since). Anyway, I switched to the deluxe volumes, and now I can read every manga in the series. My next purchases will be Starfighter, Border 3 & 4, Black Sun Vol. 2, and whatever else tickles my fancy! LOL Have a great weekend!
Happy Yaoi Hunting!
Blak Rayne 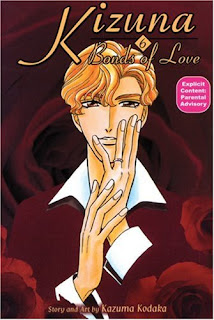 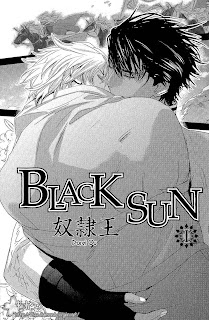 My choice for the number eight slot is Black Sun, an unusual pick, but I'll explain why shortly. Written by Uki Ogasawara, Black Sun is the story of General Jamal Jan, the leader of a Middle Eastern army that meets with two-hundred Monastic Knights in a final battle for the Gerum Fortress, a Mediterranean stronghold. After a brief skirmish, Jamal seizes control of the castle and the commander in charge, Prince Leonard de Limbourg. Jamal seems to have certain ideas when it comes to subjugating his enemy, which I would call 'submission through humiliation', but also 'lust at first sight'. He forces Prince Leonard to strip naked and perform in front of his knights. Leonard partly gives in to Jamal in order to save the lives of his remaining men. Then Jamal takes Leonard captive as his personal slave (sex slave to be more accurate), returning to his homeland where he's employed under the Sultan. 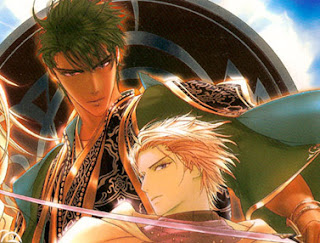 The problem is Jamal didn't have permission to take a personal slave, and since he's more or less one himself, his actions lead to punishment, for both himself and Prince Leonard. While this is going on, Prince Leonard is fighting demons of his own; though he verbally denies it, secretly he enjoys the interaction and being Jamal's private sex toy. It's hard to ignore the sinful feelings of pleasure, especially when your captor doesn't actually hurt you, but instead shows moderate affection. In the end Prince Leonard finds himself wanting to stay with Jamal, and Jamal finds himself defending Leonard against the Sultan.

The reason I chose Black Sun is because it's different; the central characters, Jamal and Leonard, are of differing racial heritage, which is unique and a rare find in yaoi. Okay, I admit the story is predictable and lacks depth. But you've got a pair of men, who do grow emotionally (though it may feel superficial), and who are very beautiful. If anything, for whatever the story doesn't have, Uki Ogasawara is an amazing artist, and the sex is 'ouch that's hot' good. And, there is lots of it. I'm talking pages of in-your-face man on man sex. Jamal is blatantly horny, intelligent, witty, and takes whatever he desires whenever the mood stirs him. Leonard has that introverted sexy happening; he wants it, but won't admit it.

Basically, both characters are attractive, anatomically proportioned, and easy to like. And, as I mentioned, the sex is perversely awesome! LOL The story is predictable, but decent enough to keep your attention until the last page. I've ordered the second manga, Black Sun Volume 2, because the first manga leaves the story in limbo. I'm interested to see how their relationship will pan out. In conclusion, I'm giving Black Sun 3.9 flames, it's almost there!