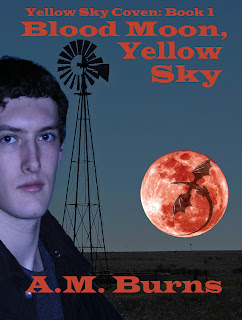 Tell us about yourself.
I always hate this question. LOL. I try to be a nice guy. I live a fairly simple life in the Colorado Rockies. I have wildlife wandering through my yard all the time. I actually have my computer set up so I can watch the small hill on the north end of the property and often pause to watch the mule deer, red foxes and coyotes walk past. I love going hiking, and happen to be an avid nature photographer. I’m an officer with the Colorado Springs Fiction Writers Group, and enjoy helping new writers hone their craft.

Where and/or how do you find the greatest inspiration? The people around me, something an off handed comment will lead to ideas. I keep a large spiral notebook with me most of the times so I can jot things down. There are several novels and a multitude of short stories in there waiting to escape into the digital world.

Which appears first when contemplating a new project: A character, the plot and/or the title? It depends on what I’m working on, It’s often the plot. On my latest novella, “Shadows on the Campfire” I changed the main characters name several times, and had to throw out to my friends to find a title, but the plot was there. Same with “Blood Moon, Yellow Sky”, but now those characters are set, so I have to start out with the question of “What would Tal do now,”, or “What story does Alex want told.”

Has your own life influenced your novels? And if so, how? Oh definitely, like the saying goes “the names have been changed to protect the guilty.” The people in my life inspire my characters. Which is not to say that a lot of my characters don’t spring forth fully formed like Athena from Zeus, A few years ago I did a lot of call centre work, that shows up in various places in my work, and again characters.

Do you have a method you use to write the sensual parts? Do you prefer the sex to be open and bold? Or left to the imagination? It depends on the audience I’m writing for. Some of my sex scenes are very bold and graphic, and some are more to the imagination. The scenes in “Blood Moon, Yellow Sky” are very subdued because I really want that series to appeal to a wide audience and since the main characters in that are gay men keeping the sex minimal opens up the audience.

Who is your favourite character, which you’ve created? And why? Tal O’Duirwood is my favorite character. He’s so full of stories and has a lot of depth to him. I created him over ten years ago, he actually started out life as a vampire, then a couple of years ago with the glut of vampires on the market, at the suggestion of my agent of the time, I did some changes and he became a dragon. All of sudden the character really opened up to me, and my readers love him. There’s so much I can do with him and he has so many stories to be told.

What is your favourite colour(s)?
Forest Green

Which do you prefer a great hero or a great villain?
Another hard question, mostly I root for the hero, but every so often a villain will come along that just captures my attention.

What is your favourite movie? And why?
Trying to think over things I’ve scene recently that caught my attention, and nothing comes to mind. Things that I watch over and over, Harry Potter movies, Lord of the Rings, and Avatar. They’re original. I think that’s one of the things that’s missing in our artistic world today is originality.

If you could be anyone in the world who would it be? And why?
I’m very happy being me, but if I had to choose, I’d go with Bill Gates just for financial reasons. LOL.

Where do you see your writing career in the next five to ten years?
I hope to have many best-selling novels, Maybe by then we’ll be seeing some form of adaptations of the Yellow Sky series, and people will be talking about my writing.

Blurb:
Tal O’Duirwood, dragon, enjoys his quiet life of solitude in the Colorado mountains. He never realized what was missing until his gets an assignment to travel to Yellow Sky, Texas and help a witch and her students there stop a vampire invasion. Once there, he finds that things were not as he was told. The witch is actually a werecoyote, and one of her students has eyes for Tal. Can Tal help prevent the vampires in time to save his blossoming love? Will his heart, so long closed off from the world be able to open to the touch of the handsome young mage?

Excerpt:
“Don’t worry about it,” he interrupted “You can either follow my lead, or just let the music take you. It can be almost magical.”

And then, we were on the dance floor. The sea of people closed in around us as Alex began to move with the music. All the time he refused to release my hand. We pressed into the heart of the dancers. Most of them moved in time to the music. Here and there I could see someone that obviously had their own rhythm going on in their head. The music seemed to take control as we moved closer toward the center of the dance floor.

Suddenly Alex stopped and I bumped into him as he turned to face me. He released my hand then and his dancing became more frantic. There was a bright smile on his face as his lips moved in time with the words of the song. His body writhed with the pulse of the music. I tried to get into it myself. I felt the music moving across me like wading into the surf. I mirrored Alex’s movements so that I didn’t just stand there in the midst of the dancers like the lone flower that somehow is not blown by the wind. Alex reached out for my hands and began to move them around between us. I relaxed and let him take control of my movements, merging with the music as the song changed.

A primal beat surged out of the new song. Alex laughed, then released my hands and moved in closer to me. Heat rose from him and he began to move against my body. I did my best to flow with him, so we looked like two lovers out for an evening of dancing. I felt a pull from him as his mind reached out for mine. It tried to illicit a response from my body. And before I could stop it, I felt a sensation I hadn’t felt in a very long time. This human was calling forth energies I’d buried long ago.

I was about to head back to our table when he caught my hands again and pulled me tightly against him. He pressed his mouth against mine. With the intimate contact, lust and need poured off him. I couldn’t help myself as long dormant feelings within me found an outlet. I wrapped my arms around him and returned his kiss with vigor, felling the urgency in both of us. I tried not to think about what would’ve happened if we hadn’t been in the middle of a dance floor surrounded by hundreds of people. He pulled back slightly to look me in the face. His green eyes sparkled in passion.

“Damn, you’re hot,” he whispered in my ear before sinking his teeth into it.

Thanks for stopping by, A.M. Burns. It was great to have you, and I wish you the very best for the future!
Blak Rayne
Posted by Blak Rayne Books Blog at 10:06 PM