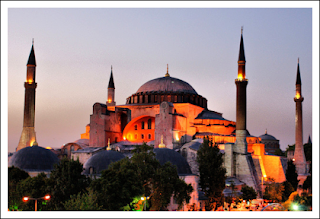 It's coming up on that time of year again, 'tis the season and all of that. As I get older, I find myself less concerned about the commercial aspects of Christmas and more interested in food and wine.

I am an unashamed foodie and I love reading about food in history. My family's Christmas celebrations are very small – just my mum, my cousin and me – and we meet at my home, eat the food I've made (because I love to cook), and sit around and chat. It's relaxed, it's low key, and it's always enjoyable. My cousin brings ridiculous amounts of chocolate from Haighs, our local boutique chocolatier, and last year he also brought chocolate chip shortbread from there which was divine. Mum brings cold cuts and hors d'oeuvre type foods, and I do a roast or main course type affair.

Year before last, I decided to do a medieval roast lamb. It was delicious – moist and tender and juicy, the vegies (I did roast potatoes even though they aren't medieval!) were flavourful and the gravy I made from the juices was rich and thick. We all waddled around after that meal. It was a very simple recipe–a backstrap of lamb (unfortunately, the butcher I went to didn't do as I asked and remove the fat, so I had to do that and it took me *ages*.) seasoned with cumin, black pepper, crushed garlic, finely diced dried apricots and a squeeze of lemon and olive oil. Then it was all rolled up, coated in bread crumbs mixed with sage, rosemary and more garlic and roasted. We've always done the lunch of cold entrées and deserts and warm main.

This year, I'm thinking about something a little different. My cousin is a historical food fan, too, and I know my mum could be convinced – she does have her graduate degree in drinking customs of ancient Rome, after all. Christmas is always hot, here in Australia, and if the last few years in Adelaide are any indication, it will also be humid. The heat we can deal with – the humidity is something else entirely. I hate it when the air is chewy, as if you are breathing water. I am very glad I have a dehumidifier. 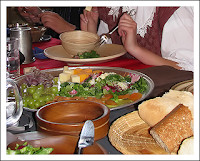 To give you an idea of the temperature it generally is on Christmas day here in my part of the world, it can range from 27oC to 40oC. That's 81oF to 104oF. So, it's fairly warm.

I've been doing a lot of research for "City of Jade," the novel length sequel to my short story, "City of Gold." They're set in the mid-twelfth century, "City of Gold" in Constantinople, and "City of Jade" along the Silk Road. As part of my research, I've been pleasantly distracted by historical recipes. There are a wealth of resources on the internet for historical recipes and cooking, and some historic re-enactors have done amazing things in redacting ancient recipes for the modern cook.

I have always had a fascination for the medieval world and the more research I do on my "City..." books, the more I find myself falling in love with the Byzantine culture and the culture of the cities and oasis on the Silk Road. Most of these places no longer exist, but there are records – usually in Byzantine Greek for my period (1100-1250) or in Latin for earlier – to be able to get a good impression of what these places were like. There's also a lot of archaeological discoveries being made by Chinese and Turkish archaeologists which are shedding more and more light onto cities and cultures that were rich and vibrant while the Silk Road was thriving and have since vanished into the sands of history and legend.

I am very blessed to have a very good friend, C, who is a medieval cook (among other amazing skills), and has done a lot of research herself into medieval and renaissance cuisine. Over the years, we've talked about various foods, how to find that elusive herb or spice, we've linked each other to mail order shops that cater to rare foods on the internet, and she's told me her tales when she's run large kitchens catering for historic feasts for large groups of people.

I have, with another friend, E, tested several recipes of Byzantine and Al-Andalusian origin to see what they tasted like firstly and to figure out how hard they would be to cook. E and I made a large quantity of food for a dinner party one night, sticking to our self-imposed rule that everything had to be Byzantine friendly and done according to the redactions done by the amazingly talented Cariadoc, who's miscellany on medieval cookery can be found here: http://www.pbm.com/~lindahl/cariadoc/miscellany.html

In celebration of Christmas, with no message other than to enjoy the company of your loved ones, good food, good drink, good conversation, I would like to share a mini-menu for a Byzantine feast, a feast that could well have been enjoyed by rich Byzantines in the twelfth century.

Put the whole lot in the fridge overnight but if it’s cold at night, just put it outside – it works like a dream; if it’s sweltering hot, make the cheese another day (I’ve never tried to make it in the heat) or use the fridge.

Remove the yogurt from the cheesecloth into a clean bowl the next morning; it should firm enough to turn into a ball (if it isn’t, drain it some more) and then mix in the salt, the cumin, the mint and the pepper.

Serve it as follows: fill a shallow dish with about ½ cm of the olive oil, grease your hands and form balls that are a little smaller than golf balls; arrange them in the dish & garnish with plenty of chopped parsley or coriander leaves and plenty of bread.

Boil the white wine in a saucepan for half an hour, or until liquid is reduced by approximately  half. Meanwhile, wash, trim and slice mushrooms. Mix pepper, reduced wine, vinegar, and oil and pour over mushrooms. Allow to marinate for at least an hour before serving, and preferably overnight.

Put cut-up chicken, spices, vinegar, and oil into pot. Bring to boil, cook covered over moderate to low heat 40 minutes, stirring periodically to keep the chicken from sticking. Blanch and grind almonds, mix with sugar and rosewater to make a paste. Stir this in with chicken, bring back to a boil and cook about 8 minutes until sauce thickens.

Serving the mains: serve in large separate bowls with plenty of fresh bread. A good sourdough works well or a Turkish loaf.

Sift flours together. Blend cheeses and mix well until no large lumps remain. Add flour, eggs, and honey and beat until smooth. Pour into a lightly greased 13” x 9” baking pan. Bake at 350°F for 30-35 minutes, or until the centre sets up and the top is lightly browned.

In a small saucepan, heat topping ingredients over low heat to thin the honey out. Drizzle the topping over cooked cheesecake and return it to the oven for 3-5 minutes.   Be very careful when removing the pan from the oven, as the honey becomes very thin and liquid, and can easily run off the top. Cut into 1 1/2" squares. Serve warm.

Note: This recipe can also be made in two 8” pie pans. While best if served warm, it can successfully be frozen.

Happy Christmas, everyone, and I hope you all can spend it with people you love, eating, drinking and being merry! 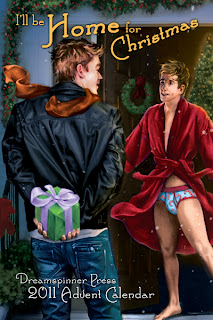 Yoo Lee Shin had great hopes for his new life studying engineering in Australia, but nothing could have prepared him for the wonder of falling in love. His roommate’s brother, Craig, is beautiful, kind, and brave—and, very shortly after they meet, he’s deployed. As Christmas nears, can Shin keep hope for a happy ending bright enough to guide Craig to him on the long road back?