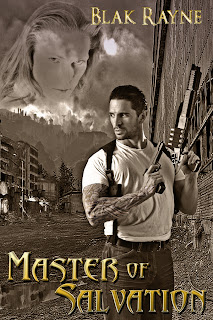 Well, sweeties my next novel has finally been released as of today, November 15! YEAH I'm so happy. Anyway, I hope you enjoy the new excerpt!


'Caught between the past and present, some memories are best forgotten.'

Blurb:
When a slave falls from a warehouse rooftop and a strange new narcotic is found, the Federal Panel needs someone experienced to head the investigation. Since Morgan’s resigned, the commissioner of Avalon suggests, there’s only one man for the job.
Sloan’s less than thrilled with his newly appointed position as a public servant, until he discovers convicted serial killer, Markus Middleton, a man he put behind bars is freely walking the streets. Days later, Rigg Flynt is spotted with Markus in a café. Shortly after, four slaves are kidnapped. Convinced the felons are involved, Sloan wonders if there’s a reason he’s the general. Is it simply a coincidence? Or is it justice?
Excerpt:
The second stop was a family–mafia family, owned restaurant and lounge on the east side of District I. Gino Sallazzo’s uncle opened the family business before the fourth world war. District T and I, Little Italy and Ingram were almost one in the same. The two Districts were Italian run and joined with ninety percent of the population interconnected or interrelated. Again, Sloan opted to use the rear entrance. Less visibility worked a charm. Plus news travels fast in a tight-knit community like District I and, since the feds were all over the warehouse on Palisades, Sloan had to be on his guard.


He pushed the backdoor open, strode through the kitchen staff and into the lounge, where a beautiful woman was seated at the bar drinking. Her long, ruby nails tapped a tumbler of rye. There wasn’t another soul around. The woman stepped down from the stool awestruck.


“Sloan Whelan,” Isabella purred with a strong Italian accent, “you’re still handsome. Have you finally come to your senses and dumped that slave?”


Isabella Sallazzo was an Italian vamp straight out of a silver screen movie. She had the quintessential hourglass figure and ringlets of chestnut hair that fell about her shoulders. She also had thick, sculpted eyebrows and lips painted a deep maroon, dark almond eyes with very long lashes and bronzed skin. She was an attractive woman and no doubt looked a class act with the expensive clothes, but Isabella couldn’t keep her panties on. In fact, to make things easier, she never wore any.


“Cousin?” She searched his ominous stare. “Which one?”


“He’s in there,” Isabella said in a monotone voice, pointing to the restaurant. “The culo.”


“When are any of the males in my family ever alone,” she sniped.


“Good enough.” Sloan marched past her and through the saloon doors that divided, restaurant from lounge. The moment he stepped into the dining side, he had both Glocks out. In the centre of the low-lit room, a group, comprised of seven Italian mafia members sat together eating dinner and one was Gino Sallazzo.


“We don’t want no trouble, Sloan,” said Vinnie inching back from the table.


“Why are you waving the guns around?” Gino slouched with both elbows hung over the backrest of his chair. “We came here to eat. Why don’t you join us?” He shoved a plate of pasta towards Sloan.


“I don’t give a fuck about food! And I don’t want anything from you!” Sloan’s deep voice vibrated throughout the restaurant and the entire place went quiet. “I want to know about the drugs, Gino.”


“Don’t fecking push me.” Sloan glared aiming directly at his head while keeping the other gun moving from man to man.


“Fine Irishman…yeah, I know about the drugs. Markus brings them in from overseas.”


“Who’s shipping the shit to him?”


“I don’t fucking know!” Gino sat up glaring back at him.


“What did you do to Peaches?”


“Peaches,” Gino smirked throwing his hands up, “I did what I wanted. He was a gift.”


“So that’s why you’re here–you’re all pissed because I tapped your whore’s ass?” Gino laughed shaking his head. “I figured this had to be personal.”


His laughter faded to a sniff. “Rigg brought him to the warehouse for Markus’s birthday. Rigg said we could do whatever we wanted. So we did. Markus had him first then I took a turn.”


“I used lube, I’m not a total animal. He was sweet, you know.” Gino leaned forward with a smug curl to his lips. “But Markus he didn’t give a fuck. He just rode that pony hard.”


“Did you rape him?” Sloan roared losing control.


“That’s what I thought.” Sloan fired and the slug hit the huge Italian perfect, dead centre between the eyes. Gino’s head snapped back upon impact and his body hit the wall then fell like a ton of bricks busting the chair and knocking over the table with a loud crash, sending food, dishes and cutlery flying all over the place. The other men were instantly on their feet with their guns drawn. An eerie calm saturated the atmosphere and everyone else in the restaurant–staff and customers, huddled together, nervously silent and staring. Isabella hurriedly pushed on the saloon doors to see what happened.


“God my cousin!” Vinnie gawked at Sloan in disbelief then Gino as his body slumped to the carpet. “Arcangelo will kill you, Irishman!” He swung a fist.


“Gino was a sadistic fuck, Vinnie, and you know it.” Sloan exploded kicking the table out of his way, “He broke the rules–so I don’t care what Arcangelo does! Where’s Rigg?”


“That I don’t know, Sloan.” Vinnie gave the signal and the other men lowered their weapons.


“He hung out with Gino.” Sloan didn’t lower his.


“A lot of freaking lowlifes hung out with Gino. What are you trying to do– bust my balls, Sloan?”


“Well, I’m going to warn you now–all of you. If you know anyone that’s hanging out with Rigg Flynt or Markus Middleton they’ve just signed their death warrants. Because when I catch them, their balls are mine!”


Isabella moved aside in a state of delayed shock as Sloan passed by, disappearing via the back door.