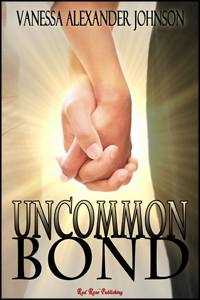 Who is, Vanessa Alexander Johnson?

I’m a lifelong Louisiana girl, married almost 33 years (July 18th), mother of three children, 1 deceased, 1 step son, 2 grandsons and 2 step grandsons. I’m retired from my 9-5 and spend the majority of my time being a chauffeur for my 12 year old daughter, working part-time as a substitute at my daughter’s school, and writing a weekly column for the local newspaper. I did say I was retired, right? :)

When did you know you wanted to become a writer?
I’ve always loved writing since my school days, but the writing bug struck after I’d penned my thoughts and feelings after the loss of my mother and son in 1994, and a friend of mine read it and suggested I turn what I’d written into a book. 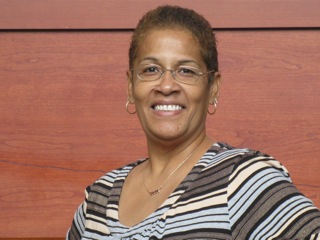 Which appears first when contemplating a new project: A character, the plot and/or the title?
Most times it’s a title. Sometimes it’s a character speaking inside my head and won’t shut up until I put finger to keyboard.

What’s the hardest part of a novel for you to write: Beginning, middle and/or end? Why?
I can’t say I’ve had problems with either. I write off the cuff, so I let my characters dictate the direction the story takes.

Has your own life influenced your novels? And if so, how?
Of course, you know the saying, write what you know...well, I write what I know and spice it up (fiction) with a little flavor. (I suppose you can tell I love to cook and bake as well.

Writing sex/romantic scenes can be a challenge for some authors. Do you find it difficult? If yes, how do you compensate? If no, where do you draw your inspiration?
No, I just imagine me in the scene, and then I add a little flavor to it. It would be boring if I wrote the things I did/do as love scenes.

Who is your favorite character, which you’ve created? And why?
I have a strong connection to the character Constance Alexander from the book, Tempted By Love, that I’m doing rewrites for now. Some of the things she goes through i’ve experiences, and of course, added some more drama to it to make it interesting.

Sacrifices In The Name of Love:
Sacrifices in the Name of Love is a contemporary romance, drama filled novel set in a small Louisiana town. It isn’t your typical boy meets girl; they fall in love and live happily-ever-after story. Although the main characters meet, that’s where the fairy tale ends and the drama begins.


How often do teenagers heed the advice or conform to the beliefs of their parents? It’s no different for neighbors Trey Martin, a black teen and Tessa Phillips, a white teen. Tessa’s father, Don Phillips, a self-professed racist, spews racial epithets at the Martins when they move next door. Don harbors a secret and perceives the Martin presence will expose it. Tessa’s mother, Delores Phillips harbors a secret, too.

Tessa’s and Trey partake in sexual encounters and learn there’s a high price to pay for their indiscretions. Impregnated, Tessa attempts to conceal her baby’s paternity. Her scheme backfires; she flees and leaves behind everyone she loves. Trey is left to pick up the pieces. The Martins move away to protect the baby.
After 3 1/2 years Tessa returns and discover many unexpected changes. She is determined to right her wrongs, but has to face her demons and her parent’s secrets, too.

What’s your newest WIP? And when we can expect a publication date?
My next book to be released is a novella titled, Uncommon Bond. It’s the story of two people who learn that because of the sins of their parents, they have more in common than they ever imagined. I’m awaiting word from my publisher any minute on a release date and completion of the book cover. I’m doing rewrites on Tempted By Love, a story about a girl who’s in love with two men, her first love from high school and her husband. Circumstances will reunite her with her first love, she’ll have to choose between her past and her future.

How many novels do you have, that are currently published?

Where do you see your writing career in the next five to ten years?
I plan to continue writing and let the chips fall where they may. Only God knows the future, so I’ll leave that up to him and just follow wherever he leads me.

Thank you so much for the interview, Vanessa. I wish the best of success for the future!
Posted by Blak Rayne Books Blog at 11:00 PM