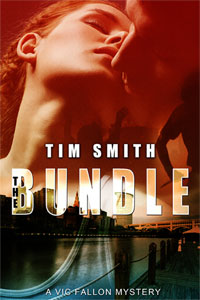 Welcome to BRB sweeties! Today I've got fellow eXtasy author, Tim Smith! Thank you so much for stopping by, Tim. It's great to have you.

When did you know you wanted to become a writer?
I’ve been writing short stories and movie reviews since high school and I always had the dream of being a professional writer. A little thing called life got in the way, though, and I had to put the dream on hold. About ten years ago I had this story idea bouncing around in my head and I finally challenged myself to either write it or shut up about it. I didn’t seriously consider seeking publication until some friends and family read it and urged me to try.

Where and/or how do you find the greatest inspiration?
I love hearing personal stories and quite often someone will tell me one that gives me an idea. I travel a lot and whenever I go someplace I’ll chat up the locals for the same purpose. Some of the things I’ve heard on trips wound up in my books. I’m a news junkie and when I’m concocting a mystery or thriller plot, I may run across something interesting and file it away for future reference. I also like to seek out quirky news items and use those when I can. Some of the things I’ve read make me shake my head and wonder “What the hell were they thinking?”
I find my greatest inspiration from creating something that people enjoy. When readers tell me they like my books, it pushes me to continue writing. What really keeps me going is when someone says they can’t wait to read my next one. It doesn’t get much better than that.

What made you choose to write romantic/mystery/adventure in particular? And is there any other genre you’d like to write? And if so, why?
I had included some sex in my first few romantic intrigue novels, but I decided to focus on erotic literature after reading what other writers were producing. What really got me started down this path was when I attended a large book festival several years ago. My thrillers were selling well but I noticed other authors were drawing bigger crowds and wondered why. They were selling romance novels and after reading a couple of them, I thought it would be fun to try writing my own. I also knew I could come up with something better than what I’d read.  Some day I’d like to tackle a true crime story. Quite often I’ll read about an incident and wonder “Why did they do this? What was behind it? What’s the rest of the story?” Those are the kinds of questions I’d like to find the answers to.

Which appears first when contemplating a new project: A character, the plot and/or the title?
The plot usually appears first, and it follows a pattern. I may take one of those anecdotes I mentioned and think “What if this happened instead?” Then I decide if my idea is appropriate for one of the series I have going or is strong enough to stand on its own. Characters are always evolving in my mind because I’m a people watcher. I also keep a list of potential titles and character names.

What’s the hardest part of a novel for you to write: Beginning, middle and/or end? Why?
I’d have to say the middle. When I start a new project I have the beginning and the ending in mind, but getting from point A to point Z can be tough. As I’m writing, I may change the original course I mapped out as plot twists occur to me. The middle portion can be really difficult when I’m writing a mystery.  There are basically a dozen plots in the world and they’ve all been used by now. The trick is to dress it up with interesting characters and exotic locales. A healthy dose of sex also helps.

Has your own life influenced your novels? And if so, how?
There are a lot of my own life experiences and attitudes in all of my stories. When I penned my first contemporary romance, Anywhere the Heart Goes, it was roughly sixty-percent autobiographical because it dealt with a break-up and the search for life’s happy ending. Another book, Mistletoe and Palm Trees, was based totally on a personal experience. I like to think there’s a bit of me in all the characters I create. Someone once said “We are all the heroes of our own stories” and I think that’s true.

Writing sex/romantic scenes can be a challenge for some authors. Do you find it difficult? If yes, how do you compensate? If no, where do you draw your inspiration?
At first it was difficult because I was unsure how far I wanted to go. Eventually I reached a comfort level where I stopped blushing at what I wrote. The challenge is to write sex scenes that are descriptive but believable. There’s also the danger of being repetitive. Coming up with new things and euphemisms can be a challenge. For me, one of the toughest things about writing sex scenes is utilizing dialogue that isn’t clichéd. I also have to remind myself occasionally to show what the characters are feeling emotionally before, during and after. As for inspiration, this may sound self serving, but much of what I write is drawn from personal experience. As they say, “Write what you know.”

Do you have a method you use to write the sensual parts? Do you prefer the sex to be open and bold? Or left to the imagination?
I like to make the sensual parts appear natural and not gratuitous. I’ve read books where it appeared the author was stuck for an idea and decided “Let’s throw in some sex while I figure out what to have the characters do next!” The scenes in my books follow a natural progression - flirting, building sexual tension, passionate sex and a gradual slow down afterward. I like to add little touches to make it realistic, like mentioning scents or specifying what music is playing in the background. I prefer it to be open and bold, but not crude. There are some sex practices I won’t write about and certain terms I won’t use.

Are your characters based on people you know? Or are they completely fictitious?
Many of my characters are partly based on people I know. I may notice a personality quirk or hear an interesting speech pattern and use it. I also might have a particular person in mind and will try to describe them as accurately as I can. So far no one’s complained and if they did recognize themselves, they haven’t threatened to sue me or demanded a cut of my royalties.

Who is your favourite character, which you’ve created? And why?
I think my favorite character is the first one I created, former CIA spook Nick Seven. He’s my alter ego because he gets to do all the things I can only dream about – he lives in The Florida Keys with a beauty from Barbados, he gets involved in all kinds of adventures and he never loses at the poker table.

Tell us about your newest release.
My newest release is a romantic mystery called The Bundle from Extasy Books. It’s the first in a series featuring a former cop turned private eye named Vic Fallon, and it’s a throwback to the pulp fiction work of Raymond Chandler, Mickey Spillane and Donald E. Westlake.

Vic Fallon had little use for the rich and famous when he was a police detective, and his attitude hasn’t changed since he was forced to turn in his badge. When pop singer Kimberly Daniels returns to her hometown of Cleveland, Ohio to promote her latest album, Vic reluctantly agrees to be her bodyguard as a favor for a friend. He isn’t told that she has a death threat hanging over her head, with no shortage of suspects. The set-up takes a bizarre twist when her stalker shows up and Vic uncovers family secret Kimberly would like to keep hidden. Things get more complicated when they develop a strong attraction for each other, in spite of their different lifestyles. Can Vic ensure Kimberly’s safety until she returns to L.A.? Will Kimberly decide to ditch her glitzy celebrity life and stay with the rugged ex-cop she’s fallen for?”

An excerpt and purchase information: www.timsmithauthor.com

What is your favourite colour(s)?
Blue – it usually reflects my mood, whether it’s midnight or sky.

What is your favourite movie? And why?
There are many to choose from but I’ll say Casablanca because it has everything - adventure, romance, an exotic location and colorful characters. What more do you need?

If you could be anyone in the world who would it be? And why?
I’ll have to go retro and say Dean Martin because he was the essence of ultra-cool. He wasn’t a bad singer, either.

Where do you see your writing career in the next five to ten years?
I see myself sitting on a beach in The Keys, pounding out stories on my laptop. In reality, I’ll probably still be in Dayton, Ohio hoping for a best seller.

Thank you so much Tim! I wish you the very best for the future. You're an interesting man. Busy week ahead sweeties, lots to post!
Happy Yaoi Hunting
Blak Rayne^_^!!
Posted by Blak Rayne Books Blog at 8:54 PM