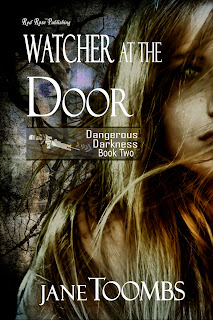 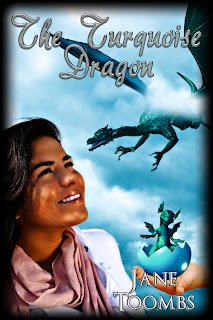 Can you tell us about your latest release? Give a synopsis.
As it happens, it’s my first attempt at a young adult paranormal suspense romance.--The Turquoise Dragon from Devine Destinies Brief synopsis: On the dragon planet Cozz,  Blues and Greens have their own territory and never mate.  A blue having mated with her choice of blue male is flying back to her lair when a green male intrudes into Blue territory and forces a mating.  She can only hope all her eggs will be blue, because, if not, she’ll become an outcast. Two are, one is turquoise. She noticed an alien collection machine near her lair. These have been on her planet before and one blew up when a dragon tampered with it. So now they leave them alone.  To avoid killing her unborn progeny, she deposits the turquoise egg into the machine. Now she’s safe, (I’ve established that dragon eggs are hard and will go into hibernation for a time if not kept warm.) Fast-forward to Earth as the damaged robot veers off course and crashes.  An eleven -year-old far girl find the turquoise egg on a patch of moss and brings it home.  She knows how eggs hatch, so keeps it warm with a sun lamp. It does hatch.  Turk, as she names the baby dragon can mind talk so they can communicate.
What’s your newest WIP? And when we can expect a publication date?
Watcher At The Door, the second book in my Dangerous Darkness Series from Red Rose Publishing, has just been released. I am currently working on #3 Terror From Before Which I believe will be out sometime this fall. All of these are paranormal suspense romances.
How many novels do you have, that are currently published?
If you include my backlist of NY books and count both novels and novellas (because most of my new releases are eBook novellas) I’m edging up on ninety published books.
Where do you see your writing career in the next five to ten years?
Well, I’m 84 years old, so I don’t see it as lasting more that five more years. By then I hope to have 100 books published. In the past I wrote gothic and long historical romances for many different NY pubs, plus romances for H/S but now I’m doing mostly eBook novellas, particularly paranormal or fantasy ones, because that’s what I like to read.
Thanks so much for doing this interview, Jane. It was great to have you. I wish you all the best of success for the future!
Happy Yaoi Hunting
Blak Rayne ^_^!!
Posted by Blak Rayne Books Blog at 1:00 AM