WHAT INSPIRES THE WICKED GAL

Greetings peeps!
Welcome to another saucy post by me, the wicked gal BLMorticia.
Well I am busy! Whew! Very busy working on my novel series as well as making preparations for the next two novels and a sequel to my Lieutenant. I feel awesome that my story, You Don’t Ask, We Don’t Tell is the one getting the most attention. Usually, this would be time for Michael and “the head” to get busy on one of the many projects he’s got going but nope, we’re aiming to get done with this fabulous story that has become a 3 or 4 book monster and to think it all started with a submission call for men in uniform. 0.o
Now, I won’t tell you which one. Not like it matters anyway because it’s already passed but at times for all three of us muses, it might only take a scene or a picture, a song, etc to inspire a whole story and possibly a story series. What was it for me this time?
For You Don’t Ask, which is my gay contemporary erotica romance, it was what I’d been reading about the impending repeal of DADT. 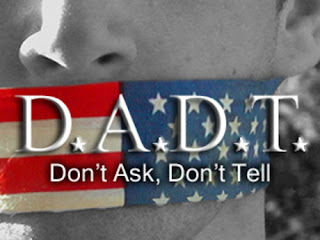 For those of you unfamiliar, DADT is Don’t Ask Don’t Tell which, in short, is a ban of gays and lesbians serving openly in the US armed forces. Actually, Michael did a post on it last month on IRM.
Sure, there have been plenty of stories about gays in the military and their struggles after they’ve left the service, but what about during their tenure? Then I got to thinking, since I do snark better than the other muses, why not make this a gay comedy?
Now, don’t think for a second there’s no tension because there is. Plenty of heartwarming moments as well as serious ones where my main character Cody will be tested and pushed to the limit but, in typical BL fashion, my cast will have some fun making plenty of humorous statements along the way. To think all it took was a subcall and the information about a serious issue for me to turn it into a whole series. I’m quite proud of it too since it’s going really well and I hope to send book one to my editor by Monday or Tuesday. If you’d like to know a little more, please visit my blog or even the post I did on Menspirations explaining the concept and showing you my sexy cast.
Lastly, what also inspires is of course the music. Most of the time when writing, all of us turn on some tunes to get us going. Because the mood of Cody throughout is mostly tense and angsty, I’ve chosen some metal music to put in my ears. Some classic Metallica, Megadeth, a little Anthrax, and some Pantera to get me in the mood to write these scenes. Some of the songs have brought out the best, or in this case the worst, in my MC since all he’s been thinking of is getting away from his tension filled life in North Carolina to try becoming a man in the army.
As always, the Triad is keeping the head, “Sharita,” pretty busy. We have a ton of plot bunnies that have come from the music, porn, and required reading he continues to feed her brain with. What has inspired you to create? Let me know your thoughts and as always, thank you to Blak Rayne for allowing me this time to post.
Awesome post as always hun! Thanks so much for stopping by. Congrats on all the up and coming novels. All the best of success. Have a great weekend sweeties!
Happy Yaoi Hunting
Blak Rayne^_^!!
Posted by Blak Rayne Books Blog at 6:16 PM