I was reading a four hundred-message email from a conglomerate of groups I’m affiliated with, a bulk message. You know the type. You pick digest so you aren’t inundated with countless individual emails from a membership range reaching into the hundreds perhaps even thousands. Anyway, in this particular group someone always posts the eye candy. It’s an M/M group so of course the pictures are of naked men, mainly gay and they can be doing anything from posing provocatively to having sex (yum you’ve got to love those ones). LOL Here I am reading–well ogling more than anything (yes I’m a pervert), and this picture flashes past my eye that doesn’t seem to be appropriate to the genre. I scroll back and take a better look, and my God I swear my eyes are deceiving me. But I kid you not, there’s this picture of what I first assumed to be a pretty woman. 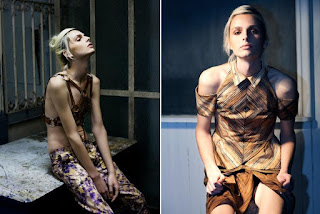 I’m talking smooth, silky legs and luscious lips, pretty clothes and make-up. I know it isn’t a woman, I mean instinct (that gut feeling) tells me it isn’t because there’s something in the model’s face and the flatness of their chest, broadness of their shoulders–but hot damn if this isn’t a female then shoot me now because I’ve just seen the prettiest man or should I say, effeminate man, in my life! I read yaoi and the uke (receiver) in many cases, is portrayed as a very effeminate man. It isn’t uncommon. But that’s manga (comic)–a total fictitious and fantasy world. So to see a living and breathing uke is…is incredible! 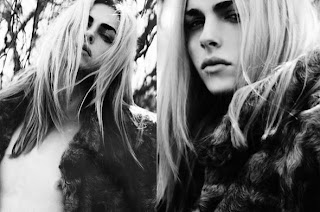 I’d like you to meet the hottest edition and the latest wave to the modeling world, Andrej Pejic. Born of Croation and Serbian descent in Bosnia-Herzegovina, Andrej took the modeling world by storm when the fashion industry asked: ‘Who’s the blonde girl?’ This was during a men’s show in June of twenty-ten, in Paris. According to the gurus, the nineteen-year-old Andrej, is the poster boy for ‘fashion androgyny’. He ranks number 11 in the top 50 male model list. 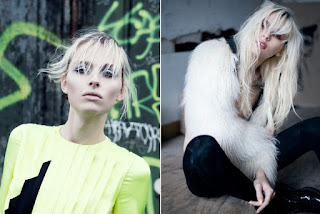 Don't deny it, you're taking a damned good look at the pictures I've added. Are you drooling? Maybe not, but I'm pretty sure you're fascinated in the very least, just as I was. And hey, who wouldn't be? Whatever inner level this guy touches, he does possess a unique kind of sexual appeal, and he definitely stimulates that natural human curiosity. 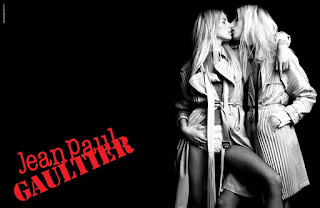 What is fashion androgyny? Near as I can tell, it’s modeling without a specific sexual preference. As it seems, the fashion industry along with the erotic eBook industry and many others are now accepting what is taboo–what isn’t commonplace and making damned good coin off it. Can you imagine the hushed whispers of disbelief when a man, as beautiful as Andrej Pejic, struts his stuff across the catwalk? Not only are the moguls onto this young man but also those in gay community. So many gay men find him attractive. Why is this? If you are a gay man aren’t you into men who exude the macho image. Could this be an attraction to transsexuals or a fascination with cross-dressing? Maybe those who find Andrej alluring want their partner to appear weaker (getting in touch with their feminine side). Well, whatever it is, there’s a buzz about this man and others who are similar. His androgynous appearance is sure to spark a trend. What is Andrej’s sexual preference? I don’t know and I refuse to speculate without the data. 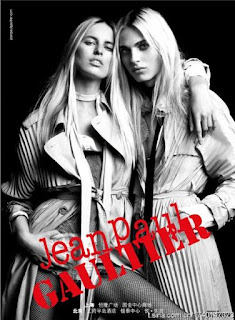 There is a big question in all this. Do I, as a woman, find him attractive? And, I have to give a cautious, yes. I mean how can I deny it, as I stated, I read yaoi and the effeminate male image is prevalent within that literature. Would I date a man whose legs are smoother than mine? LOL Ah, probably not. And finally the painful in yet obvious question… Would I have sex with a man who’s prettier than me? I can’t picture it. Hey come on, when you’re out to get laid you want to be the belle of the ball, don’t you? 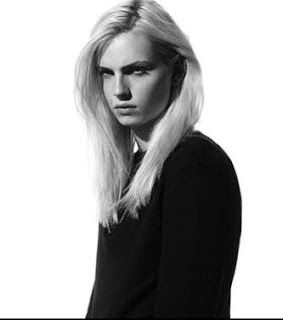 Androgyny appears to be the wave of the future. Take a look at the rock bands around you (those icons our youth idolize), the erotic literature listed @ eBooks retailers all over the world, the movies Hollywood pump, video games and the fashion industry. If we can accept a male model whose appearance is that of a woman then we’ve just taken a gigantic step into the future of sexual awareness and tolerance. This means that society acknowledges there are differing tastes that spark the human sexual appetite. Can you imagine? What a revolutionary thought! The current label will transform to GLBTA!
A couple of announcements - make sure you do check out IRM. Every day there is a contest running and there are some excellent prizes. Almost every M/M author known to mankind has contributed a prize (okay I was exaggerating a little) LOL But the prizes are really cool and there is an unbelievable amount of authors involved.
Hit this link: It's Raining Men
Also don't forget Red Lipstick Journals for everything you need in the sex department. We're talking sizzling hot articles, rants, information, free reads, guest spots and so much more! RLJ covers BDSM, M/M, M/F, F/F, Menage and more! I think there's even a little voyeurism happening... >.< LOL No subject is sacred!
Happy Yaoi Hunting!
Blak Rayne^_^!!
Posted by Blak Rayne Books Blog at 11:54 AM